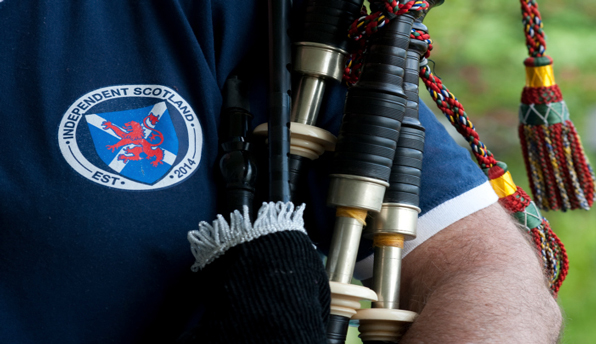 Foreign Office caught asking Spanish press to undermine Scottish independence … The Foreign & Commonwealth Office has again been accused of meddling in the referendum, after it emerged that the British Embassy in Madrid has been urging newspapers in Spain to publish criticisms of Scottish independence. A letter published this month in the Tenerife News included a request from Simon Montague, the embassy's director of communications, in which he urged the title to print a Home Office press release about the "challenges" if Scotland left the UK. – HeraldScotland

Dominant Social Theme: This debate over Scottish independence is a matter for Scotland alone.

Free-Market Analysis: Last week, we posted an analysis of a US State Department leak in which it was revealed that Assistant Secretary of State Victoria Nuland was contemptuous of European Union efforts to support a resolution of the Ukraine political and economic crisis.

We explained that Nuland's attitude was generally symptomatic of the Anglosphere's approach to sociopolitical and economic manipulations around the world. We pointed out that the Internet itself – what we call the Internet Reformation – was increasingly exposing these manipulations.

Here, in the Herald Scotland article above we see yet another example of how the US and Britain – especially – manipulate both the political process and the media.

But it is not quite what it seems. We'll explain toward the end of this analysis. Here's how Hot Air described the Nuland leak:

"F*** the EU": Top State Dep't official's phone call to U.S. ambassador in Ukraine leaked online. I'd call it a bombshell, not because of what's being said but because we're able to listen to it at all. The identities of the speakers haven't been officially confirmed but Jay Carney didn't deny when asked that this is and U.S. ambassador Geoffrey Pratt spitballing about whom they'd like to see lead the opposition in Ukraine. The F-bomb is deployed because Nuland's frustrated that the EU isn't doing more to pressure Viktor Yanukovych, the Putin-backed Ukrainian president whose recent deal with Moscow instigated the last few months of protests.

In the article, we pointed out that other reports went into detail about what Nuland was actually saying.

The longer conversation shows clearly that Nuland and her superiors were involved in the details of the new Ukrainian government and were basically dictating the personnel that would fill various positions.

Nuland's curse regarding the EU is noteworthy but only when one puts it into the larger context. And that context is that in the Ukraine as elsewhere the US and Britain are the primary culprits behind regime change. The tape is important because it makes deniability difficult. Review the larger narrative of US involvement and the phrase "directed history" comes to mind. The US along with Britain, France and probably Israel are destabilizing countries throughout the Middle East and Africa.

The SNP claimed the letter showed the Foreign Office (FCO) was trying to whip up hostility to independence overseas, despite David Cameron's insistence that September's decision is purely "a debate between Scots", the argument he has used for refusing to debate with Alex Salmond.

Westminster sources said the SNP was talking "nonsense", and pointed out that the FCO routinely helps Scottish ministers with overseas visits on which they promote independence.

… Montague's preamble, which the English-language paper printed in full, suggested the embassy was systematically asking Spanish papers to report the pitfalls of Scotland leaving the UK. The Sunday Herald revealed last month that a FCO unit set up to promote the Scottish Government's interests was also being used against it.

Angus Robertson, the SNP's Westminster leader, said: "Our embassies should be promoting our interests abroad but instead, under instruction from the UK Government, they are actively seeking to undermine Scotland. "This is exactly the kind of behaviour that demonstrates why Scotland must be able to represent our own interests as an independent nation on the world stage.

To begin with, there is the political leader of the Scottish independence movement, Alex Salmond, who has staked his career on the expanding movement. What is not generally reported about Salmond is that he maintains close and cordial relations with London's City – its banking center – and that it is likely without the backing of the City, Salmond would not have embarked on his quest for Scottish independence.

This sounds counterintuitive, of course, but it is not. London's globalists are firmly behind the European Union and would like to see Britain join the common currency. Salmond has said in the past that if Scotland votes for independence from the UK that Scotland could apply to join the eurozone.

Salmond's campaign could thus weaken the UK and strengthen the EU and the euro. This is obviously supportive of the internationalist stance supported by the City and London's banking community.

So, what do we make of the Spanish leak? As tempting as it is to attribute the leak to a rising Internet trend, we have to suggest it may work to strengthen sentiment for Scottish independence. In other words, the leak may incite Scottish nationalist ardor, which will in turn benefit Salmond's cause.

If so, we have once more a series of dominant and sub-dominant social themes that benefit globalism when analyzed in depth. Salmond's independence campaign is actually a way of strengthening the European Union. The Madrid leak, which would seem to indicate that England is set against Scottish independence, may have the opposite effect.

Directed history can be subtle.