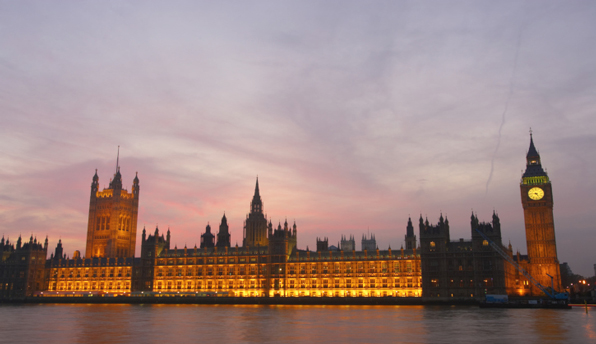 Bank of England agrees Chinese London currency clearing hub … The deal is part of a plan to make London a key offshore Chinese currency clearing centre … The Bank of England has agreed a deal with the People's Bank of China to make London a hub for Chinese currency dealing. The memorandum of understanding, to be signed on Monday, sets out settlement and clearing arrangements for the renminbi, or yuan, in London. – BBC

Dominant Social Theme: This is great for London's City … and so surprising, too.

Free-Market Analysis: At the very top of the globalist enterprise is a power elite that is more closely aligned with each other than with their countrymen. This is hard for people to grasp, though.

For instance, the European Union is part of a larger elite gambit to create political and economic regions that can then be further consolidated. This sort of effort is ongoing. There are "unions" being built in South America, Africa and even Asia. And, of course, there is the much denied North American Union.

Under Putin, Russia is advancing the idea of a union with various countries that used to be its "satellites." This might seem confusing to some because the impression is that Putin and the West are at odds. But centralizing and consolidating near-Asia obviously makes sense to Putin.

That's how it works. Even when the Anglosphere power elite is not directly influencing the sociopolitical and economic direction of a given country or region, the elites of that area – at the very top anyway – will make common cause with the West.

And so it goes with China. Chinese officials are often portrayed at being at odds with the West and specifically with the US. It is superpower versus superpower in a battle for prestige, wealth and influence.

But is this really the case? Just the other day, we reported on a courageous young journalist who quit Bloomberg over an article the publisher would not post. The article explored the linkages between a very wealthy individual and top Chinese officials.

Bloomberg apparently declined to publish the article because of its sensitivity. What that means is that Bloomberg feared the article would be so incendiary that it would jeopardize Bloomberg's business objectives in China.

In fact, Bloomberg's self-censorship extends far beyond China and applies around the world and especially to the West. You will find few if any articles among the mainstream media concerning what we call "mercantilism" the use of state power to fulfill individual business objectives.

But at this juncture in the 21st century, mercantilism is a main aspect of industrialism and one that is endlessly corrosive because those who employ it are using Leviathan's power to fulfill their personal objectives. As this uneven playing field continues and expands, those who experience it become increasingly disenchanted with the larger system.

Mercantilism is a danger to civil society – in fact, an extreme one – as it chips away at people's trust in their sociopolitical and economic environment. What is even more corrosive than mercantilism is the masking effects used by the power elite to deny its existence or justify it.

The overwhelming dominance that the City of London has regarding the yuan is a very good example of this. We are led to believe that the City has achieved its extraordinary feat simply by seizing the opportunity – by seeing what is at stake more quickly than the others.

The article itself enforces this view as follows:

The signing is expected to be followed by the appointment of a London clearing bank for yuan. 62% of yuan payments outside of China already take place in London.

Following an agreement with Beijing last year London asset managers are the only ones in the West able to invest directly in Chinese stocks and shares in yuan. London hub Last year the UK and Chinese central banks signed a three-year currency swap arrangement worth 200bn yuan which allows them to swap currencies and can be used by firms to settle trade in local currencies rather than in US dollars

The International Finance Corporation, the private sector arm of the World Bank, this month issued a 1bn yuan bond in London, the first by an international financial institution.

The Chancellor of the Exchequer, George Osborne, said: "Connecting Britain to the fastest growing parts of the world is central to our economic plan. "It's why I've put such government effort over the last three years into making sure we're the leading western centre for trading in the Chinese currency."

When Mr Osborne visited China in October, he signed deals to allow direct renminbi-sterling trading and to allow Chinese banks to set up UK branches rather than subsidiaries, effectively entailing lighter-touch regulation by the UK authorities.

From our point of view, this is so much "directed history." England – the Anglosphere – virtually ran China for several hundred years. There are even reports that Mao was a "Yale man" – a member of the Yale divinity school in China. The globalists cultivated Mao, it seems. The idea was perhaps to create a dialectic in China that would mimic the one in the USSR that had developed into the Cold War.

Note, please: China is still positioned as a great challenger to Western power and eventually, we are told, the Chinese system may permanently weaken the dollar. Even the City of London is rushing to be part of the coming Chinese century.

But what if this were simply a pretense? The dollar (the petrodollar) is surely being weakened via fracking, overspending and overprinting. But all of these evolutions are deliberate, in our view. The idea is to take the dollar down while gradually substituting other currencies preparatory to creating perhaps a single basket of currencies that will function as a worldwide money.

The City of London has not merely seized the opportunity to clear the yuan, nor are the City's bankers merely bowing to the inevitable.

Is it premeditated? These trends may become apparent when one utilizes an analysis that includes Austrian economics and dominant social themes. It is the reason we predicted a Wall Street Party and why we have also maintained all along that the weakening of the dollar was a deliberate gambit to substitute something else.

Don't be fooled by these elaborate machinations of directed history. Keep your eye on the globalist trends and you will gradually begin to understand the entire paradigm – and even to predict its evolution …