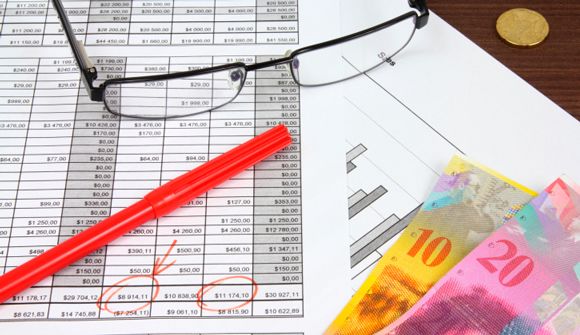 Swiss Banks Employ Army of Advisers for U.S. Amnesty Plan … Switzerland's 300 banks have enlisted an army of auditors, lawyers and in-house workers as they race to meet a Dec. 31 deadline on whether to seek U.S. amnesty for helping American clients evade taxes. Banks in Switzerland, the largest cross-border financial center with $2.2 trillion of assets, are closely examining accounts before joining a disclosure program that's the broadest assault in a five-year U.S. crackdown on offshore tax evasion. – Bloomberg

Dominant Social Theme: Everything is going as it should. The Swiss respect the US. The Anglosphere is receiving the cooperation it seeks.

Free-Market Analysis: More to the point … what a mess this is. The Swiss Banks are making a desperate effort to fulfill US mandates when it comes to cooperating with US taxing authorities. But the vast effort being made shows clearly how difficult those demands actually are.

Probably hundreds of thousands of accountants, lawyers and bankers have been mobilized to install the tracking measures the US Justice Department and tax tracking authorities want implemented.

What is going on in Switzerland is unprecedented and doubtless the Anglosphere behind this operation wants to spread it around the world.

Just reading this article gives one a slight impression of the way an entire culture has been upended in a short period of time. Much of the private banking culture that served the Swiss well over centuries is being reconfigured because of the insistence of outsiders.

"The hard work is getting to the right data and cutting through complex systems to get all the facts on the table," said David Fidan, a partner in Deloitte LLP's forensic services practice in Switzerland. "That's very expensive and involves lawyers, forensic accountants and bank employees. It can take 20, 30 or 40 people over four or five months for bigger banks."

Banks with "reason to believe" they violated tax laws can ask the Justice Department to forgo prosecution. In turn, banks must disclose how they helped Americans hide assets, hand over data on undeclared accounts and pay penalties. Those that don't apply could face criminal probes like those against 14 banks, including Credit Suisse Group AG (CSGN), HSBC Holdings Plc (HSBA) and Basler Kantonalbank (BSKP).

The Swiss government encourages banks to join the program, announced Aug. 29. Yet the Swiss Bankers Association criticizes the program's cost and vexing questions, such as who qualifies as a U.S. client and what assets are considered untaxed. The answers could determine how much a bank pays in penalties.

"It's necessary for the banks to do a deep analysis of their clients and the history of those relationships," said SBA spokeswoman Sindy Schmiegel. "That's really expensive, and that's why the program is at the limit of tolerability for the banks. It's really a painful program."

At least 33 have announced they will join some form of the program, including 19 cantonal banks, or regional lenders typically owned by regional governments. They include Union Bancaire Privee, the Geneva-based bank founded by Edgar de Picciotto in 1969; Edmond de Rothschild Group, the Geneva-based wealth manager owned by Baron Benjamin de Rothschild; EFG International AG (EFGN), controlled by Greek billionaire Spiro Latsis and his family; and Bern-based Valiant Holding AG (VATN).

Please realize just who the main players are in this farcical subjugation. See the above and you will see prominent cantonal banks are owned by outsiders or controlled by them.

These are deep-pocketed banks but they are not by any means Swiss private banks in the sense that they are owned or controlled by the Rothschilds, or by the Greeks or Genovese.

We've also pointed out that the bank initially culpable for the Swiss mess was not an old-style Swiss bank but a Swiss bank operating with an Anglosphere model … UBS.

The crackdown escalated after 2009, when the U.S. charged UBS AG (UBSN), the biggest Swiss bank, with helping Americans hide $20 billion in assets. UBS avoided prosecution by admitting it fostered tax evasion and paying $780 million. It handed over 4,700 accounts. The U.S. prosecuted 100 taxpayers, bankers, lawyers and advisers for offshore tax crimes. At least 38,000 taxpayers avoided prosecution by paying back taxes and penalties and disclosing which offshore banks and advisers helped them hide assets.

UBS could have walked away from its US branches and chosen to restart corporate life without a US presence. Instead, for some reason it chose to remain frozen in its corporate posture, providing US officials with all the justification they needed to widen the scope of various probes until the Swiss government itself was drawn in.

And now we see the cantonal governments most receptive to the Draconian and surely illegitimate (at least morally) US pressure are not, strictly speaking, Swiss banks.

This begins to look like what we call directed history, the careful, stage managed setup of a crisis that is then resolved according to predetermined positions to achieve a given goal. In this case, the goal is likely to impress on the rest of the world that not even the most powerful of tax havens can stand up to the determined might of US justice.

What is unusual is the aggressiveness with which the US Justice Department has prosecuted the overall settlement but also the cavalier attitude involving important and even central details.

Banks expressed confusion over how the Justice Department will calculate penalties and treat lenders that are less culpable in hiding assets from the Internal Revenue Service, said Joshua Milgrim, an attorney at Dechert LLP. Potential Fines

To gain non-prosecution deals, banks must pay 20 percent of the value of accounts not disclosed to the IRS on Aug. 1, 2008, 30 percent for such accounts opened between then and February 2009 and 50 percent for accounts opened afterward. "The view seems to be that the penalty rates for this program came out way too high," said Milgrim, who is advising a Swiss bank. "A lot of banks are having difficulty deciding whether to go into a program which doesn't take into account the level of culpability and instead treats all banks the same."

The US government is determined, it seems, to extend its taxing sway around the world and has gone after Switzerland first because this is the country with the biggest and most powerful private banking system.

Most importantly, those who want to fully understand this episode of international policing must realize it is not about taxes but about the steady encroachment of globalism. The US taxing authorities are gradually setting the stage for a general judicial assumption that countries have the right to extend their systems of taxation and justice around the world with few if any questions asked.

We have a hard time believing this will work in the era of the Internet. But we are also surprised that the Swiss have tolerated a virtual takeover of their banking system. A foretelling perhaps of what is to come elsewhere …