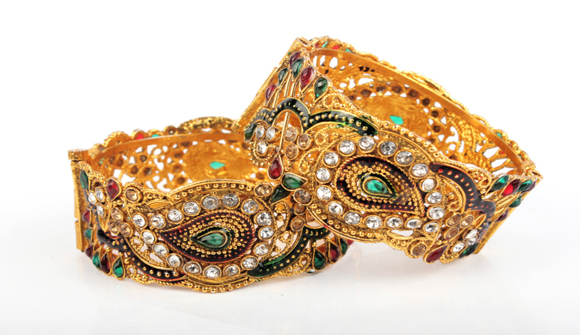 World’s Oldest Gold Object May Have Just Been Unearthed in Bulgaria … A small gold bead shows that Copper Age people in the Balkans were processing gold 6,500 years ago… -Smithsonian

This gold bead further confirms the maturity of  private monetary  history in our view.

Reference.com tells us, HERE: “The existence of gold has been known for over 5,500 years; therefore, the exact location of its discovery is unknown.”

Now Smithsonian, above, has reported that humans were manipulating gold 6500 years ago.

But we’ve often argued that gold (and silver) were seen as “precious metals” many more thousands of years ago than that. Maybe older gold items don’t survive today because when people discovered them, they were recycled.

Murray Rothbard was surely right. He maintained HERE that money was the outcome of competition between different kinds of objects and over time and gold triumphed (along with silver).

There are various reasons why money metals became popular as money. Among them: durability, divisibility, portability, acceptability, limited supply and uniformity. Money therefore developed via competition. Anything could become “money” if it were sufficiently accepted and fulfilled aspects of the monetary recipe.

A further, important point: If gold and silver were seen as valuable then one way or another people were likely utilizing them for trading purposes.

Now the larger question. Do such metals have to be shaped into coins in order to perform monetary functions?

In India, gold jewelry adorns women but that doesn’t mean it can’t be used as “money” as necessary. In fact, that’s the whole point.

If the state invented money, then the state should continue to administer it. HERE is a 2011  excerpt from an interview with Ellen Brown who is among the most high-profile proponents of government controlled monopoly central banks.

Daily Bell: Let’s back up. You believe that gold and silver only circulated as money once government got involved? True? Can you expand on this?

Ellen Brown: I think that’s true by definition. Webster’s dictionary defines a “coin” as “a usually flat piece of metal issued by governmental authority as money.” Wikipedia says: “King Croesus, ruler of Lydia (560–546 BC), began issuing the first true gold coins, . . . with a standardized purity, for general circulation. They were quite crude, and were made of electrum, a naturally occurring pale yellow mixture of gold and silver.”

Daily Bell: What about ancient archaeology showing drowned cities off the coast of India?

Ellen Brown: I made an effort to look that up, since you asked; but I could find nothing to support your contention. If you would point me to some specific research, I could formulate a better answer. My research indicates that Indian gold coins came in later, and like coins generally were issued by the government. Here’s what came up on a quick search:

“Although the world’s first coins were Greek coins made in Lydia about 640 BC, it seems clear that India and China both invented coins independently within a few centuries of the Lydians. The earliest Indian coins were silver, and it was not until about 100 AD that the Kushan emperor Vima Kadaphises introduced the first Indian gold coin, which was a gold dinar bearing the image of Shiva.”

You can see the larger issues here. In arguing for government primacy, Ellen Brown can logically make the case that government money would be far less problematic than the current intermingled system of monopoly central banking.

In fact pure government control of money along with teh public/private model of central banking are driving the world rapidly to ruin. The solution of course, little discussed, is private money – a return to a system in which people were able to develop and popularize monetary facilities as they wished.

Of course within this context, gold and silver might find a primacy of place as they have in the past, letting market competition ascertain the rate and volume of “money.”

Let us restate: We believe money was initially a private-sector product and that problematic aspects mostly emerge under state control. It is the state, traditionally, that generally makes the middle class miserable with monetary debasement.

More from the Smithsonian:

The bead was discovered about two weeks ago at a dig site called Tell Yunatsite near the modern town of Pazardzhik, much further inland than Varna.

[Yavor Boyadzhiev, a professor at the Bulgarian Academy of Science in charge of the dig] says the settlement was a very sophisticated town, perhaps the first urban settlement in Europe. He believes the bead was likely manufactured on site …

[The site] is part of an emerging “lost” Balkan Copper-age civilization. Researchers believe it had extensive trading networks, industrialized metal production for the first time in history.

Sorry. We have trouble with this narrative as well. We believe along with Graham Hancock HERE, that there was a great ancient civilization that spread around the world more than 10,000 years and was wiped out by a global flood.

It seems as well to us that its utilization originally had nothing to do with government. Those that insist government take over money have many ways they want to control it. Major CH Douglas’s Fabian-based Social Credit system, for instance, HERE, has become increasingly high profile.

Douglas wanted to take a certain amount of excess corporate profits every year and return those profits to “workers” as a national dividend. He had an elaborate way of calculating what was due but modern Social Creditors have dispensed with the details and now simply promote a universal basic income provided by government (see HERE.)

Silvio Gesell’ negative nominal interest program, HERE, (in which money depreciates every month unless you use it) has also received more attention. The idea that a small group of people must control and manipulate money is attractive for some reason despite obvious, expansive dangers.

Often “usury” is used to justify the takeover of money by well-meaning government officials who will presumably handle monetary authority more responsibly than “private” interests. But giving any one group the power to control money must end badly.

In fact, people should be able to charge interest on funds they provide so long as the money system is a private competitive one. Today, with monopoly central banking, we have nothing of the sort.

Here are some additional articles on these subjects.

Currency and Credit Schemes Blow Up … and Go Green

Conclusion: Some day, “experts” will confirm – somehow – valuable gold artifacts that are 10,000 or even 20,000 years old.  This will provide further evidence “money” was privately based to begin with – and should have stayed that way.