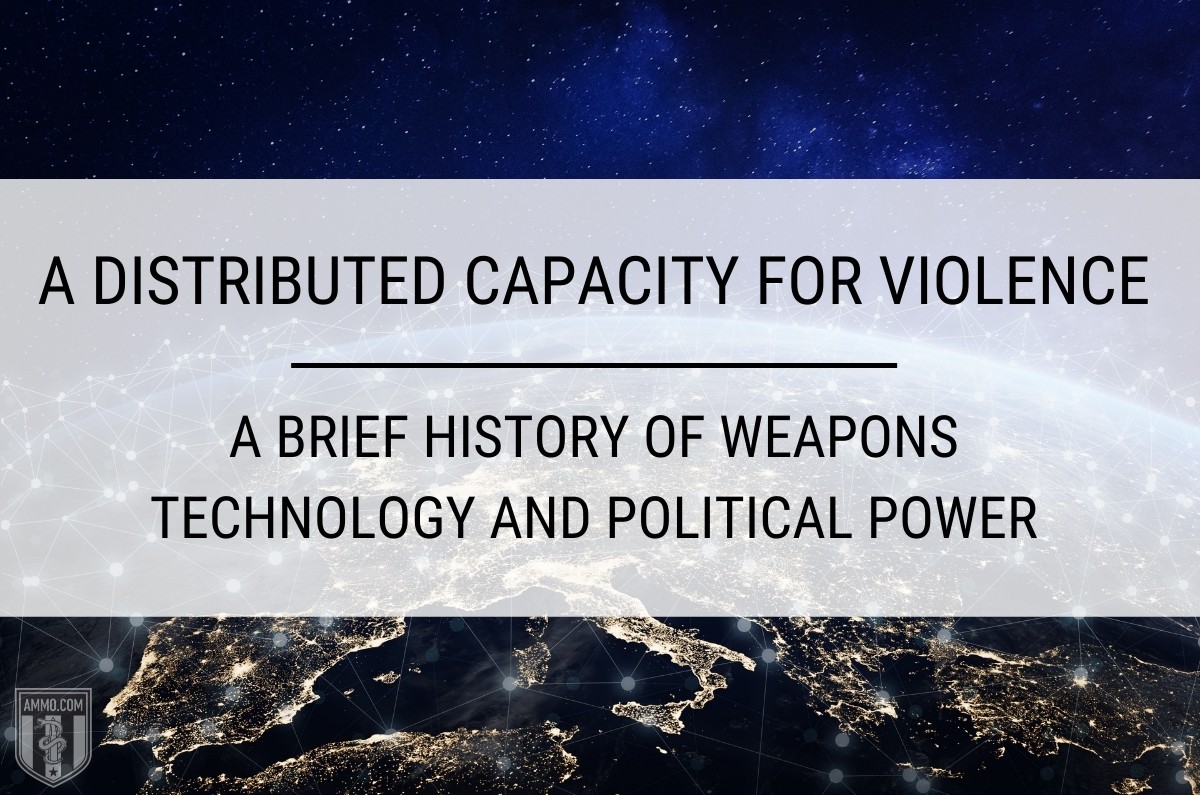 The Constitution contains a powerful set of ideals and a wise system of governance, based on a deep reading of classical and medieval history as well as Renaissance philosophy. However, none of this matters if no system of force is in place to keep and defend the Constitution.

Ultimately, this what the 2nd Amendment is about: A distributed capacity for violence guaranteed to private citizens so that they may serve as a check and balance on the power of the state.

This truth was predicated upon the Founders classical education and their deep understanding of the power dynamics underpinning the systems of governance during the Roman Republic and Ancient Athens. The Roman Republic in particular influenced their views. Why? Because it provided not simply a template for government, but a historical warning about what can happen to a republic if precautions are not taken to ensure its survival.

Thus the Constitution intentionally contained concepts like separation of powers and a system of checks and balances. These concepts were predicated upon a core truth, as eloquently stated by Thomas Jefferson in the Declaration of Independence: ‘Governments are instituted among men, deriving their just powers from the consent of the governed.’”

Underpinning all of this tiered, sequential delegation was an uncomfortable, yet necessary, truth: That the individual must retain an implied threat of force against the state, and that this threat must be credible, in order to stop the state from deviating beyond the consent given to it or otherwise overrun the individual’s natural rights – what we’d refer to nowadays as a “power grab.”

But what happens when the state’s power grows so vast that individuals cannot resist it whatsoever? That they cannot provide a credible, implied threat of force to counterbalance state power because the state’s weapons have become so devastating? When the state no longer has the consent of the governed, and instead has intimidated the governed into submission?

This is a look at political power and how it has changed as weapons technology has advanced, from Ancient Athens and their virtuous citizen-hopline-freeholder, through the Middle Ages and armored knights, up to our modern weapons of war such as drones and atomic weapons. The concurrent centralization of power, finance, and the capacity to commit meaningful violence is no accident.

But how and why did this happen? And is there any way that we can play the tape backward to regain what we have lost?

A Centralized Capacity for Violence

When people talk about the atom bomb as a trump card for home-grown revolution, they’re really talking about the centralized capacity for violence.

The bomb could be anything as it is simply a stand-in for the average man’s recognition of the American military’s phenomenally powerful weapons; weapons in a totally different class than even a fully automatic battle rifle or rudimentary ballistics like TNT.

Atomic weapons are measured in kilotons of TNT – the best our brains can capture the awe and might of the bomb.

It’s a small example, but cuts to the heart of centralized capacity for violence: The increased ability of smaller and smaller groups of men to do greater and greater amounts of damage. In the case of the atomic bomb, the ability of a single man to wipe out millions with the push of a button. This capacity is not limited to just the bomb.

The military is smaller and thus relies on a lighter, more agile, and efficient infantry than it once did. Only one or two men are needed to wipe a city from a map. Compare with an infantry platoon of 27 men. As bombs became bigger, military technology became much more accurate and capable of hitting one specific thing (say, a Sudanese aspirin factory versus a small, neutral village).

Continue reading A Distributed Capacity for Violence: A Brief History of Weapons Technology and Political Power at Ammo.com.