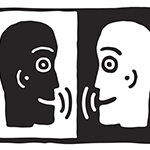 China and America's related, but inverse, dilemmas… As protests sweep the developing world and Europe struggles through an austerity hangover, China and the U.S., relative to their peers, look like the best in class. They are both comfortable with their modest growth rates (compared to their norms of the past decade), and insulated from the kind of social unrest we are seeing in Egypt, Turkey or Brazil. But both countries have a deeper intractable challenge that will, in the longer-term, get worse. What's interesting is that they're the inverse of each other: in the U.S., wealth and private sector interests capture the political system. In China, politicians capture the private sector and the wealth that comes with it. – Reuters

Free-Market Analysis: We are not so sure that China and the United States are "mirror opposites."

We do believe that private interests run political systems around the world and always have. And that goes for China, too.

We don't believe Chinese politicians are fully in charge of Chinese sociopolitical and economic development. Power springs from the barrel of a gun, Mao was fond of saying, but it is Money Power, in fact, that controls guns.

Who has the Money Power in China? Answer that question and you will know who controls the society.

The U.S.'s struggles with lobbying, pork-barrel spending, and the corporate sector's general overlord status in Washington are well documented. Campaign finance reform is long past. Corporate personhood is well-entrenched.

Super PACs are ascendant. A representative democracy is being crowded out by a capitalist one. The cycle is hard to break. Politicians' interests become aligned with those of the corporations that help them get elected.

But even more troubling is that so many American politicians are gearing up to join the lobbying machine after they retire from government. In 1974, 3 percent of retiring members of Congress became lobbyists.

Today, the figure stands at half of senators, and 42 percent of the House. China has a related but different problem: its politicians control too much of the money themselves.

Politicians and elites in China enrich themselves, their friends, and their families by managing and siphoning China Inc. – China's state capitalist enterprise. Chinese industry is controlled by the state, and thus it's the property of the people who run the state.

Last year, state-owned enterprises and affiliated businesses accounted for over half of Chinese economic output and employment. There were 70 mainland Chinese companies on the 2012 Fortune Global 500 list; 65 of those were state-owned.

If you're part of the state, state capitalism is the best – even if the system is centralized, corrupt and calcified. That is where China's trouble is: its inability to create a robust industrial sector that can spread the wealth.

This is not to say that China is doomed. It, like the U.S., is in a powerful position despite its fundamental inefficiencies. The world's two largest economies are humming along at modest clips – and economic growth has a way of shading over entrenched structural concerns.

It's fascinating that the two countries with the largest economies have inverse imperfections. But will they have inverse fates?

Asking if China and the US will have "inverse fates" is perhaps the wrong question, in our humble view. It provides us with a narrative that society's controllers function out in the open.

But do they? We believe that the modern money system is controlled by central bankers and that the West's central banks are surely the most powerful block. Even the Chinese financial system is effectively Western. And Britain actually ran China for about a century.

Find out who controls central banking around the world – and who stands behind the Bank for International Settlements – and you will have a better idea of how both the US and China are "managed."

Far from being inverse twins, China and the US have increasingly convergent systems that feature governmental and corporate cooperation. This cooperation is increasingly formalized and legitimized via laws and regulation.

This system is known as mercantilism. Those who control both societies stand in the shadows behind it.

They are probably the true controllers and other distinctions are more or less academic.