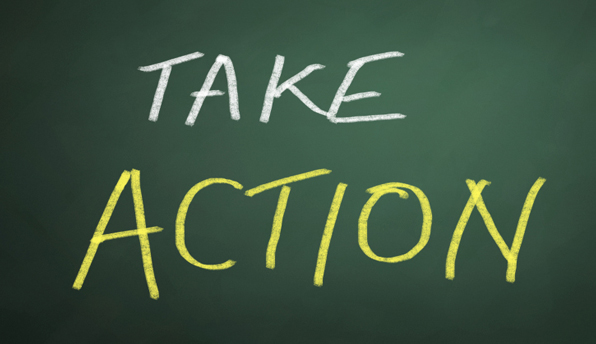 Senate must rein in the NSA … The House of Representatives seemed poised last month to rein in the government's ability to spy on its citizens by prohibiting the bulk collection of Americans' telephone records. On the eve of the vote, however, the Obama administration and House leadership intervened. In secret negotiations, they took a carving knife to the bill, removing key privacy protections. It is now up to the Senate to breathe life back into this National Security Agency reform effort. – Reuters Opinion

Dominant Social Theme: The political process will take care of government overreach when it comes to government spying.

Free-Market Analysis: Many now know about the security overreach in the West and especially in the United States, thanks to Edward Snowden's exposes.

We are not so sure about the Snowden narrative, believing that it at least partially served the interests of a Western intelligence that wanted to publicize its new spying capacities but was obviously not in a position to do so directly.

Was the solution a whistle blower? Certainly Snowden has made the NSA's capabilities very clear. In fact, we think of late they have been exaggerated. Why so? Because part of the brief of Western intel is surely to intimidate a DOMESTIC audience that has been growing increasingly disenchanted with basic aspects of Western regulatory democracy.

Mission accomplished. But the meme of regulatory democracy is simple. When government becomes too big or intrusive, the cumbersome but powerful tools of the representative state are brought to bear on itself. The abuses are to be reduced by wise legislation that tempers them.

The Reuters article above seems to show us that part two of this intel saga is not going as might be expected.

The Senate Judiciary Committee is expected to take up the bill, known as the USA Freedom Act, this month. Panel members must hold firm on ending the bulk collection program and restoring limits on the NSA's ever-expanding surveillance activities.

The laws that Congress passed after 9/11 sought to aid intelligence gathering against foreign terrorist threats. They have now morphed, however, into tools for the mass collection of information about U.S. citizens as well as foreigners.

Under a provision of the Patriot Act that allows the FBI to obtain items "relevant" to an international terrorism investigation, the NSA for years has been collecting records of virtually every landline-based phone call that Americans make or receive.

The Foreign Intelligence Surveillance Court secretly approved this action. Though the court prohibited the NSA from searching the records without reasonable suspicion of a terrorist link, declassified court opinions exposed the NSA's shoddy record of compliance.

The Senate Judiciary Committee's first task should be closing the loophole that was slipped into the USA Freedom Act's bulk collection ban. The bill's earlier version required any government request for records be tied to a particular person, entity or account.

But intelligence officials persuaded the House leadership to insert a strategic ambiguity – allowing the government to choose the "specific selection terms" it can use to identify records. Though it would likely violate Congress's intent if the NSA used, for example, entire zip codes as its "specific selection terms," it would arguably not violate the bill's current language.

That small opening, history shows, is all the leeway that the NSA and Foreign Intelligence Surveillance Court need. Congress, not the agency, should decide how the government must frame its requests. The Senate committee should then address the privacy of the communications themselves.

… A law allowing the government to collect the communications of foreigners overseas should not be used to search for Americans' calls and e-mails. These points should be uncontroversial — especially given the lack of evidence that either bulk collection or back-door searches have significantly furthered counterterrorism efforts.

We can see from this explanation that the ability of the NSA to continue to collect all kinds of data on US citizens may continue to be "legal" because of various wordings.

And in this way, the ability of regulatory democracy to police itself once more comes into question. Part One of the Snowden saga showed us the extraordinary reach of the US intelligence community – and perhaps even exaggerated that reach. But Part Two seems more questionable now. The political establishment is not, after all, going to gut the NSA'S ability to collect vast amounts of domestic data on innocent US civilians.

This surely goes against Constitutional protections in the US, but it is questionable these days whether such protections even survive. Part of the problem may be the "state of emergency" under which the country now exists. This is not a hypothetical situation.

… Twelve years after the worst terrorist attack in American history, President Obama yet again extended his predecessor's Declaration of National Emergency for another year. The declaration, which was originally put into place on September 14, 2001, was renewed on Tuesday.

… Shortly after he renewed the declaration of a national emergency, President Obama obliquely hinted at the gradual accumulation of executive power in his speech on the Syria crisis. The past decade, he said, "put more and more war-making power in the hands of the president."

Such a state of emergency gives the US president broad powers, indeed. The well respected alternative media website Global Research explains the following about the proclamation of US national emergencies:

"These proclamations give force to 470 provisions of Federal law. . . . taken together, [they] confer enough authority to rule the country without reference to normal constitutional processes. Under the powers delegated by these statutes, the President may: seize property; organize and control the means of production; seize commodities; assign military forces abroad; institute martial law; seize and control all transportation and communications; regulate the operation of private enterprise; restrict travel; and, in a plethora of particular ways, control the lives of all American citizens."

The Global Research article later makes the point that Congress has at its disposal various legislative remedies that can considerably temper the authority inherent in executive branch emergency proclamations. To date, Congress hasn't used these facilities.

US citizens, and in fact, people throughout the West, should probably not hold any illusions about the ability of the political process to credibly halt privacy erosions and other abuses of "rights." As we've been arguing for years, people should leverage their own resources and abilities. They should strive to take "human action" wherever possible to protect themselves and their families.

Such human action probably includes the purchase of some precious metals and the implementation of a variety of sensible measures involving items necessary to survival in tumultuous times. A second passport, a domicile abroad and the creation of foreign holdings of a measure of wealth are also important.

One may wish to believe in the self-cleansing aspects of regulatory democracy but history shows us that when political systems begin to unravel it is difficult for them to recover. In such situations, reliance on one's own resources and frame of reference are probably better than waiting for state actions to reverse the most questionable trends.

Look to yourself, in other words, and do not hesitate to act.