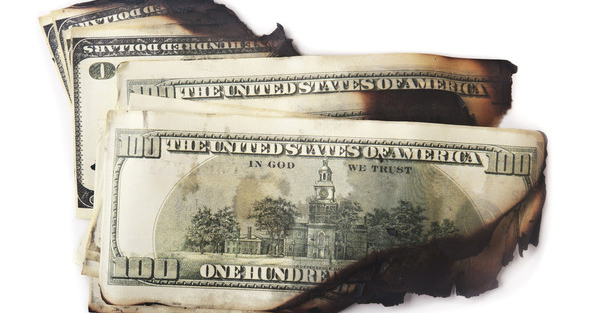 White House poised to release secret pages from 9/11 inquiry … The Obama administration will likely soon release at least part of a 28-page secret chapter from a congressional inquiry into 9/11 that may shed light on possible Saudi connections to the attackers.  -AP

We’ve run a number of stories on the disintegration of Saudi Arabia but Western attacks against the House of Saud keep on coming.

In this article we’ll briefly examine the latest weapons aimed against Riyadh. Then we’ll take a look at what the sheiks have in mind to salvage their House and keep the country together.

As we see it, the undermining of the House of Saud is part of a larger propaganda campaign, an elite dominant social theme aimed at destroying Saudi Arabia as it currently exists.

Saudi Arabia is surely being undermined as a country and a culture. The undermining takes advantage of the ruling family’s authoritarian dysfunction. But, regardless, it is ongoing.

In fact, it is an Anglosphere project. One, in our view, that includes the intention to further destabilize the dollar.

Increasingly, the larger project neither hypothetical nor theoretical. If your economy has significant dollar linkages, you need to follow what’s occurring.

A weakened dollar retards the ability of the US to provide consumer goods for its citizens and military support abroad.

Why would the West want to destabilize the dollar? In fact, there are many forces that do not want dollar destabilization.

But the global economy is an obsession with international financiers. You can’t create a global financial system when only one country or one region is powerful beyond others.

As international financial forces look to increase globalism the dollar must die, or at least become less important. Gradually, the yuan is elevated. And non Western economies are elevated as well.

The term BRICS was developed and popularized by Goldman Sachs. Four of the countries referred to in the BRICs underwent significant economic advances in the past decade or so.

The BRICs have developed their own version of the International Monetary Fund. And China has just begun to fix the price of gold in yuan. The fix is not directly convertible to dollars.

Meanwhile, Europe and the US have suffered considerable, ongoing financial difficulties. The dollar has come under attack (from the BRICs in particular) and Saudi Arabia, as the most important supporter of the petrodollar, is also being undermined.

Riyadh has received terrible Western public relations of late – especially as regards its ongoing program of executions. It is now involved in numerous military conflicts, many encouraged by its supposed allies.

Finally, in the past weeks, Saudi Arabia has been increasingly tied to the 9/11 attacks. More from the (above) AP article:

The documents, kept in a secure room in the basement of the Capitol, contain information from the joint congressional inquiry into “specific sources of foreign support for some of the Sept 11 hijackers while they were in the United States.”

Bob Graham, who was co-chairman of that bipartisan panel, and others say the documents point suspicion at the Saudis.

For many observers who do not believe the current official narrative, Saudi linkages are tangential at best (or at least of secondary importance). But the current agitation in the mainstream media is reinforcing these linkages.

The Saudis, for their part, have threatened to sell off some US$750 billion in dollar assets if the administration releases information that seems to link the House of Saud to 9/11. This would certainly increase damage the dollar.

Riyadh is scrambling to take additional actions to counteract trends undermining the country economically and socio-politically. Reuters, for instance, reports that Saudi Arabia “just announced its plan to diversify away from oil.”

Saudi Arabia’s cabinet has agreed to implement a broad reform plan known as Vision 2030, which is expected to involve sweeping change to diversify the country’s economy beyond dependence on oil exports, state media reported on Monday.

“We hope citizens will work together to achieve Saudi Vision 2030,” King Salman said in a brief statement carried by state television.  Saudi Deputy Crown Prince Mostahammed bin Salman announced plans to transform the kingdom into a global investment power and wean the world’s top oil exporter off crude by 2020.

Perhaps Riyadh will be able to “transform” this time. But if history is any guide, such an outcome will be difficult to realize. And top Saudis still seem incapable of fully grasping how international relationships are evolving beyond them.

Once the country’s backing of US currency was of the utmost importance. But in an environment where the dollar itself is being downgraded by those who manage it,  Saudi support for the petrodollar is increasingly unnecessary and even unwanted.

Conclusion: If we are correct in our analysis, the currency ramifications will be significant and long-lasting. The destabilization of Riyadh, like that of the dollar itself, is planned. As difficult as it is to believe, the destruction is being carried out by the same Western forces that created the petrodollar in the first place – and created modern Saudi Arabia as well.