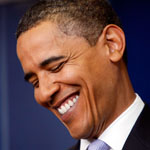 Russian Finance Minister Alexei Kudrin said on June 13 after the Group of Eight meeting in Italy that his country had full confidence in the dollar and that it's "too early" to speak of alternative reserve currencies. Japan has "unshakable" trust in the strong-dollar policy of the U.S., Finance Minister Kaoru Yosano said in Tokyo yesterday. China called on the U.S. to guarantee the safety of its assets in March, when Premier Wen Jiabao said the nation was "worried" about its holdings of Treasuries. People's Bank Governor Zhou Xiaochuan urged the IMF that month to expand the functions of its unit of account and move toward a "super-sovereign reserve currency." Russian President Dmitry Medvedev proposed on June 5 that nations use a mix of regional reserve currencies to reduce reliance on the dollar. "There may be signs here of tensions mounting between the PBOC's economic concerns over China's holdings of dollars and the Chinese government's diplomatic reasons for doing so," Stephen Gallo, head of market analysis at Schneider Foreign Exchange in London, wrote in an e-mail. – Bloomberg

Dominant Social Theme: The dollar on the way out?

Free-Market Analysis: We have been skeptical of any immediate changes to the position of the American dollar as the world's reserve currency. But long-term it is certainly possible. In fact, as trends develop, a pattern emerges. As with central banking itself, The Daily Bell is dedicated to following the conversation and providing appropriate explanations. It is difficult to see the forest for the trees sometimes, but the same names do continue to come up. One of the most prominent is Zhou Ziaochuan. Here's what we wrote about Ziaochuan back in March.

Zhou, is apparently considered perhaps the most "academically capable" of the current Chinese leadership and has been called "China's most able technocrat" (Wikipedia). His most famous motto: "If the market can solve the problem, let the market do it. I am just a referee. I am neither a sportsman nor a coach." Additionally, Zhou is said to be known for hiring Chinese who have been trained overseas and have real Western market experience. But from our point of view, perhaps Zhou's most interesting feature as a Chinese leader is his participation in the Group of Thirty.

And this from Wikipedia:

"The Group of Thirty, often abbreviated to G30, is an international body of leading financiers and academics which aims to deepen understanding of economic and financial issues and to examine consequences of decisions made in the public and private sectors related to these issues. … The group is noted for its advocacy of changes in global clearing and settlement. The group consists of thirty members and includes the heads of major private banks and central banks, as well as members from academia and international institutions. It holds two full meetings each year and also organizes seminars, symposia, and study groups. It is based in Washington, D.C. The Group of Thirty was founded in 1978 by Geoffrey Bell at the initiative of the Rockefeller Foundation, which also provided initial funding for the body. Its first chairman was Johannes Witteveen, the former managing director of the International Monetary Fund. Its current chairman of trustees is Paul Volcker." (Wikipedia)

The first trend we can see, then, is a campaign involving the East and West that may involve some level of participation or orchestration by the Group of Thirty. This campaign is pro-IMF when it comes to replacing the dollar. In fact, the debate seems to be positioned so that options for a new kind of money will devolve to the IMF and "other." The IMF would seem to be continually being positioned as the controller of such a currency.

Another trend would seem to be that the world's powers-that-be will not actively or seriously consider paper money backed by metals. While we believe in fact that a worldwide currency would be absurdly easy to offer were any nation willing simply to step up and back currency formally with precious metals, the replacement of the dollar with another paper currency remains a formidable task. The dollar's pre-eminence rests on formal agreements within the Middle East whereby oil is only to be bought or sold using dollars. This is ultimately an authoritarian environment, as those in the Middle East that would seek to contravene the dollar must consider the American military presence.

Absent the will to offer a currency with, say, gold backing, the creation of a new currency becomes intimately involved with international politics and power entities such as the IMF. And if this is then the case, then the long-term scenario probably involves some sort of international currency that gradually supersedes portions of the dollar's presence. It could be, in fact, that the dollar remains a domestic currency with lessened international presence.

A third trend involves US domestic circumstances – which continue to conspire against the dollar. The current administration's reshaping of the American economy shows no signs of abating. The results of the current stimulation, the additional taxes to the American electorate via potential "universal" health care, green "cap-and-trade" programs and over-reaching financial and industrial regulation will be to depress economic vitality in the United States for years to come. Additional dollars will need to be printed and it is here that the dollar as a viable reserve currency will start to fail. The wounds will be entirely self-inflicted but will be portrayed by the mainstream press as an inevitable outcome of serious policy debates.

These three trends constitute a kind of slow-motion pincer movement that certainly has the dollar in its sights. One can even see the pincer begin to close. A few years? A decade? Eventually, given these trends, the dollar will come under considerable pressure.

The above process seems highly orchestrated, if one is willing to look closely. It seems no accident. It implies an eventual replacement for the dollar with something more universal – and thus terrific currency fluctuations and a good deal of pain for savers and investors with dollar exposure. The safe haven in this case will not prove to be bonds, certainly not US Treasuries, but precious metals, both gold and silver, in our opinion. If the Anglo-Saxon monetary elite has in mind replacing the dollar with something less parochial and more "global," then the upside of precious metals over the next few years becomes generous indeed.