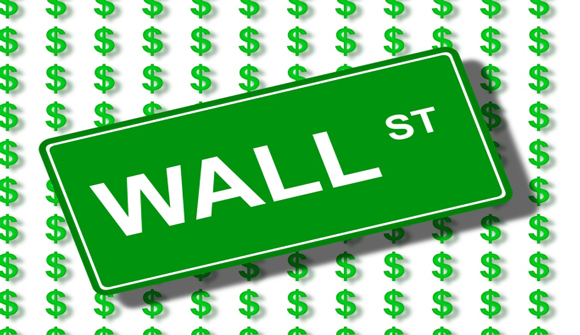 Today's Markets – U.S. Stocks Rally After Fed Minutes Point to Caution on Interest Rates … U.S. stocks soared Wednesday to their biggest single-day gain this year, after meeting minutes from the Federal Reserve suggested the central bank would move cautiously on raising rates. The rally was a sharp reversal from a steep Tuesday drop on worries about international economic growth. U.S. benchmarks spent much of the day hovering around the flat line, after another session of European stock declines. But they surged after minutes from the Fed's latest meeting unexpectedly showed more focus on slowing growth overseas and lessening inflation pressures. – Wall Street Journal

Free-Market Analysis: Just recently the Crash of 1929 loomed over Western stock markets, especially the Dow. But on Wednesday the Roaring Teens resumed. Like the Roaring '20s, this stock market is destined to climb as high as the Federal Reserve will allow it to go.

Of course, market valuations at current heights make little sense, especially since there's little proof of economic recovery in either Europe or the US. Ironically, Fed notes show that central bankers are cautious about the recovery while touting it at the same time. This is just one of many contradictions swirling around the stock market.

About the only thing you can count on is that central bankers are loath to interfere with the markets' upward trajectory and will damp interest rates as long as possible. Here's more from yesterday's action:

Fed officials have become more concerned about the impact that weak growth in Europe, Japan and China could have on the U.S. economy, according to minutes from the central bank's September meeting. At the same time, they noted that a stronger dollar could put downward pressure on already low levels of inflation.

"This set of minutes confirmed that they're going to err on the side of giving more accommodation," said Brian Jacobsen, chief portfolio strategist at Wells Fargo Funds Management, which oversees about $242 billion. "That's why this is so bullish."

Tuesday when the market went down hard, these people were probably depressed. Now they are not. None of this is real. Investing today is part of a larger psychological condition. The early 2000s were known for the "tech bubble." But this market must be known as the "central banking market." We've been pointing this out for months, calling this current expansionary trend the "Wall Street Party."

We've never seen such a controlled market. Central bankers have admitted that they are buying directly into the stock market. Newsmax MoneyNews reported in July that "Central Banks Have Turned Into Major Stock Buyers."

Some financial commentators have complained that central banks have artificially boosted global stock prices with their massive easing programs. But a new study from the Official Monetary and Financial Institutions Forum, a private research group, shows that many central banks are actually putting their money directly into stocks.

"The buildup of central banking interest in equities is one of the unexpected consequences of the last few years' fall in interest rates, which has depressed the returns on central banks' foreign exchange reserves and driven them to find alternative investment targets, David Marsh, managing director of the Forum, writes in his MarketWatch column.

You can add Larry Fink, CEO of BlackRock, the world's biggest money manager, to the list of those who think central banks and other regulators have driven investors into risk assets.

"What frightens me the most is the narrative that's being discussed," he told the Financial Times. "You're hearing from banking sources — whether it's the BIS [Bank for International Settlements], or the FSB [Financial Stability Board] or the Federal Reserve — a narrative that there's bubbles."

That narrative also holds that "the private sector is guilty of investing in products that maybe lack long-term liquidity at interest rates that in the long run would probably represent some form of losses," Fink noted. "The reality is, though, they're to blame, and they're not taking any of that responsibility. The narrative should be . . . how do we manage this together, instead of the admonishing of these markets." But instead, "if you look at the behavior of central banks, they have rewarded the debtors and crushed the savers."

Newsmax is not alone in recognizing the interference of the Fed in modern markets. But the two above articles summarize the practices fairly well. The Fed in particular is directly manipulating stocks and Fed officials do not seem at all wedded to higher rates.

There are plenty of ways to boost economies other than via money printing and direct investments by regulatory authorities. It seems obvious that there are various agendas at work that go far beyond completing a "recovery." What's recovered is the stock market, and we tend to believe it may go higher still. Maybe not this year, but next.

Follow the money and use your imagination if you want to figure out where all this will end. It likely won't be pretty.