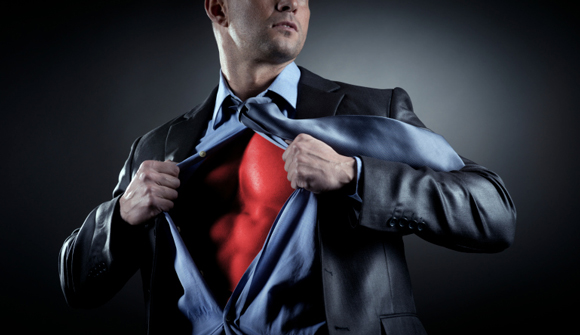 Central Bank trickery without real reform … 'There needs to be a certain credibility," said Mario Draghi, the president of the European Central Bank, as he launched outright eurozone quantitative easing on Thursday. "Today, we're showing that such credibility is deserved. When used by an economist, "credibility" is a very important word. But I'm afraid I take issue with Mr Draghi's usage. – UK Telegraph

Free-Market Analysis: Every mainstream endorsement can be followed by an alternative point of view, carefully crafted. We call this the dialectic, and sometimes the points of view surprise us with their accuracy. Economics writer Liam Halligan provides us, above, with a counterpoint to Mario Draghi's upcoming QE program.

Of course, we should point out that the Germans have not yet weighed in with finality regarding this program. It is apparently taking place in defiance of the German constitutional court. Also, at press time according to Sky.com and other reports, an exit poll "shows Greece's anti-austerity Syriza party is on course to win the country's general election raising the prospect of a stand-off with European creditors."

The EU is now being besieged on many fronts, partially because the choices of its leaders have been restricted in our view by the Internet itself. The latitude to plot bold moves – and to justify them with explanations that are at least exaggerated if not entirely untrue – has been lacking in the 21st century.

We don't know what results the Greek election will have when it comes to continued EU unification but it surely will add pressure to an already difficult environment. The same can be said for Draghi's planned easing.

Assuming the stimulation takes place, the outcome may not be what Draghi expects, or at least hopes. Halligan does us the service of pointing out the negatives.

When I began studying the dismal science – some 30 years ago – central bankers gained "credibility" by implementing policies that were tough over the short term but ultimately constructive for the longer-term health of the economy.

The Bundesbank earned genuine credibility during the Sixties and Seventies by using tight monetary policy to banish the horrors of Weimar hyperinflation to history and turning the mark into the world's most respected major currency.

Those actions, while painful and often criticised at the time, laid the foundations of Germany's modern prosperity, helping transform a wartorn nation into a manufacturing powerhouse.

… Draghi, in contrast, and despite his use of the word "credibility", has just enacted a policy that is the precise opposite of what it means for a central bank to be "credible". Euro-QE feels good now but, in the long term, will be deeply counter-productive. Far from lowering the chances of a future financial crisis, as Volcker did, and the legendary Bundesbank presidents Karl Klasen and Otmar Emminger before him, Draghi's actions have actually made another Lehman-style market meltdown more likely.

Ever since his "whatever it takes" speech of mid-2012, we've been told the ECB will soon follow the Fed and the Bank of England by hosing down the moribund eurozone economy with printed money. That's kept financial markets upbeat. Shares have soared and bond yields fallen on Draghi's continued hints that, despite German opposition, he'll soon be wielding his monetary bazooka, using balances created, ex nihilo effectively, to refinance banks and buy up government bonds.

The ECB president's actions have created such an expectation and hype in the markets that any failure to deliver what he finally said he would last week might have sparked a nasty crash, as shares plunged and bond yields spiked with a vengeance on traders realising they'd been duped.

Let's unpack this a bit. The notion that the German central bank is responsible for the German miracle is questionable to say the least. The "miracle" was spawned by the destruction of German industrial infrastructure in the middle of the country and the subsequent rebuilding after the war that took place in an environment almost devoid of regulation.

Of course, there WERE monetary adaptations as well. Famous German economist Ludwig Erhard insisted on a 90 percent contraction of the money supply and also an across-the-board abolition of price controls. From EconLib.org:

Erhard spent the summer de-Nazifying the West German economy. From June through August 1948, wrote Fred Klopstock, an economist at the Federal Reserve Bank of New York, "directive followed directive removing price, allocation, and rationing regulations" (p. 283). Vegetables, fruit, eggs, and almost all manufactured goods were freed of controls. Ceiling prices on many other goods were raised substantially, and many remaining controls were no longer enforced. Erhard's motto could have been: "Don't just sit there; undo something."

It is not proactive central banking policies that create prosperity but the UNDOING of government policies. Draghi is moving in exactly the wrong direction in debasing the money supply and via other policies creating further price controls of a sort. Brussels is complicit in this as well.

Here, from the Telegraph article:

For over two years, arch-manipulator Draghi has talked up the markets. He is credible, but not in that he's delivered economic policy that makes sense and will make life better for the greatest possible number of hard-working families. His so-called credibility stems from the fact that his political trickery has come off, and the ECB has been reluctantly permitted by Germany, the eurozone's paymaster-in-chief, to enact a massive monetary stimulus. As a result, the region's still debt-soaked banking sector will enjoy further bail-outs and weak-willed politicians will keep borrowing and spending, so avoiding the genuine structural reforms that many European nations so desperately need.

… QE is designed to tackle deflation, we're told. That's nothing but a semi-intellectual alibi for a policy that, while it might please those with fat share portfolios, sets up the eurozone for a crash in which, as usual, ordinary firms and households will suffer the most.

Strip out the impact of lower oil prices and eurozone inflation was positive in December. Yes, we're below the ECB's 2pc target, but that's not due to a lack of printed money. It's because the eurozone economy has stalled, with labour markets silted-up by regulation and a still zombified banking sector lending far too little to creditworthy firms and households, so strangling aspiration and commerce.

Thank you, Mr. Halligan! Someone in the mainstream has contradicted this pernicious meme that the EU's difficulties stem from an under-printing of money. In fact, when you are a hammer, everything looks like a nail. Central banks print money – that's what they do. If things aren't working out, it's because there is not enough money in circulation. That's what we are led to believe. The bankers tell us so.

But really, this "easing" is not aimed at creating a vibrant European economy. Halligan diligently tells us a larger truth, that the program doesn't have a chance at boosting bank lending: "The banks will just re-deposit the money they get for selling bonds to the ECB back at the central bank. As such, one of the policy's main aims is to make bombed-out banks look solvent by boosting their reserves, just as it has been in the UK and US."

See, bankers take care of their own. Just as in the US, the money printing will bolster banks' bottom lines. But you can't push on a string. Banks can't lend the extra money because people don't want to borrow it. They'll just push it back to Draghi who will presumably pay interest on it.

Halligan makes another point, as well: "Draghi's actions will, though, weaken the euro – as eurozone leaders, mindful that Japan has just launched another dose of QE, look to fight back."

What Halligan is saying here is that the world is involved in a slow-motion currency war, and QE is the weapon of choice. The idea that central banks are trying to stimulate industrial growth must be seen within the context of endless debasement. Again, bankers have decided that money is more important than industrial demand. Get the quantity of money right and the rest will follow.

Of course, it will not. The main goal is to create a public perception that money printing is necessary. In order to do this, an aggressive deflationary meme has been launched. This meme is accompanied by another promotion: that money printing creates demand. It does not.

The most cynical among us would probably assert that the idea is really to look as if something is being done when nothing is being done. It is true, on occasion, that money printing can create asset bubbles that mimic prosperity, for a while anyway. But soon that prosperity melts away as the bubbles collapse.

If Draghi is successful in creating bubbles, then those bubbles will collapse as bubbles do, and the EU will once again be worse off. If Draghi's ideas do not manage to launch asset bubbles then the EU will continue to sink toward the morass of recession/depression/stagflation that it already labors under.

Either way, one expects sooner or later the harsh cry to sound from the lips of Brussels bureaucrats that more "coordination" is essential and that the ECB needs more formal powers and so does Brussels.

In fact, people seem to be losing sight of the unconstitutional nature of what Draghi is now preparing to do. This is nothing but a continuation of the Eurocrat strategy – to create crises in order to expand federal power.

From a VESTS standpoint, the investment decision is whether this tried-and-true methodology can work during the Internet era or whether the EU will fall to pieces.

If the EU really does begin to sink, prepare for even more economic dislocation. A kind of artificial "fog of war" will take hold no doubt, one that will allow powerbrokers to start afresh with new command and control mechanisms that the average citizen does not yet grasp.

Europe's controllers will not give up easily. Draghi's misconceived moves are just part of a much larger war.