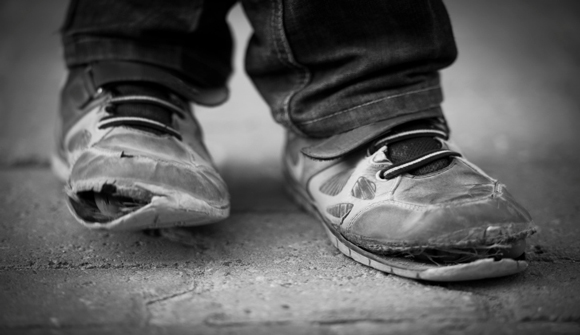 How Europe's low inflation impedes fiscal and structural reform … Europe does not yet have its equivalent of Japan's Abenomics, but Mario Draghi, president of the European Central Bank, pretty much advocated it in his press conference last week. Europe, he said, needs fiscal, monetary and structural policy working together, the three arrows of Abenomics. He acknowledged the ECB's duty of getting inflation, now 0.3%, back up to its target of near 2%. But the ECB, he said, can't rescue Europe alone: it needs help from fiscal and structural reforms. – Economist

Dominant Social Theme: Inflation is key. Debasing the currency is necessary for progress and prosperity.

Free-Market Analysis: This Economist article is all about why price inflation is necessary to help Europe's bleeding economies achieve "fiscal consolidation."

Fiscal consolidation is a polite descriptive term for raising taxes and cutting government spending. Inflation helps this process because while it's taking place, prices rise, disguising the cuts and additional taxes. Price inflation "softens the blow," in other words.

And that is what The Economist deems important. Governments need to be efficient. Voters need to be lulled. Here's more:

Of course, … monetary policy can't initiate fiscal consolidation or liberalize product and labour markets, and … both those things are essential to Europe's long term health. But the ECB can help determine whether either of those things succeeds.

For Europe's fiscal and regulatory policy makers to do their jobs, it will help immensely if the ECB does its own. Let's start with fiscal consolidation. Mr Draghi's predecessor, Jean-Claude Trichet, used to extoll the stimulative benefits of fiscal consolidation; the confidence of investors and business would soar when they saw government finances put on a stable path.

… The lesson for Europe is that if the ECB could get inflation back to 2%, fiscal consolidation would be easier. Mr Draghi has tacked away from Mr Trichet's embrace of austerity. "It would be helpful for the overall stance of policy if fiscal policy could play a greater role alongside monetary policy," he said in Jackson Hole. "The existing flexibility within the rules could be used to better address the weak recovery and to make room for the cost of needed structural reforms."

He is not calling for the abandonment of debt stabilization; only that it be done in way that spares near-term demand. But Mr Draghi has replaced Mr Trichet's preoccupation with austerity with an obsession of his own over structural reform.

He said after last week's meeting of the governing council: "There is no fiscal or monetary stimulus that will produce any effect without ambitious and important and strong structural reforms." Yet, as with fiscal consolidation, the ECB needs to recognize its own role: getting inflation back to target would make structural reform much easier.

This is The Economist's crux point: The ECB has to debase the money supply to create the foundations for additional prosperity. As we pointed out yesterday, this is a direct result of the propaganda that passes for Keynesian economics. Keynes was a proponent of government activism and his General Theory was written to promote government nostrums.

It is incredible that the policies of someone who suggests make-work and monetary debasement has become the preeminent economist of the age. But it's also predictable, as we've pointed out. Keynes justified government economic involvement and thus bureaucrats promoted his "solutions."

And so we see The Economist extolling inflationary price rises – monetary debasement, in other words. Europe needs this sort of policy especially, not just because inflation greases the wheels of commerce but because it disguises the relative impoverishment that bureaucracy is inflicting on the populace for its own good.

In fact, the article is not shy about making its case. "Restoring competitiveness requires reducing wages relative to Germany. But in most of peripheral Europe, wages are difficult to cut and permanent workers difficult to fire. This is due both to institutions such as collective bargaining and to the fact that nominal wages are downward sticky."

Again, the solution that occurs to The Economist is monetary debasement. "Positive inflation makes it possible for firms to reduce real wages by simply holding nominal wages constant."

It's not enough apparently to reduce people's savings by stealth. The same wealth tax must be applied to the wages and benefits of workers, unionized or not.

Mr Draghi has contrasted the experience of Ireland, where real wages fell, with Spain, where they rose, in the wake of their respective debt busts. This, he explains, is why unemployment rose less in Ireland. So peripheral countries face a dilemma: they need lower real wages to regain competitiveness, but lower wages reduce nominal GDP which makes fiscal consolidation harder. That's why getting inflation higher throughout the euro zone is critical.

The article concludes with the thought that even quantitative easing is not effective unless governments "do their part" by implementing fiscal consolidation. "That is why many in Germany would like any QE to be contingent on France and Italy committing to reforms."

We had to read that last sentence twice to make sure we were understanding it properly. Draghi is to aggressively abuse the euro, but only if France and Italy "commit" to reforms.

First of all, countries cannot commit, only people – and even then government commitments are rarely inviolable. Second, will the Germans be comforted by the "commitments" of the same politicians that agreed not to debase in the first place but now have decided it's the preferable solution?

The Economist calls on the ECB to inflate no matter the immediate cooperation of Southern Europe when it comes to structural reforms and fiscal consolidation. But again, these are windy prescriptions. The German professors will go to court as they have in the past if Draghi tries an aggressive QE.

That will happen whether or not France and Italy solemnly pledge to "commit." The part The Economist doesn't mention, the inevitable lawsuit, is the outcome of the preferred Economist solution. And the solution that The Economist is suggesting in this article – monetary debasement and a solemn pledge by Southern Europe to "reform" – is a ludicrous non-starter.

The European dilemma will therefore drag on and it is even feasible that the EU will die a lingering death along with the euro. The alternative is to be coercive with Germany. But the EU is no military power and even if Eurocrats successfully intimidate German politicians, the German people will likely remain unimpressed. Interesting times.