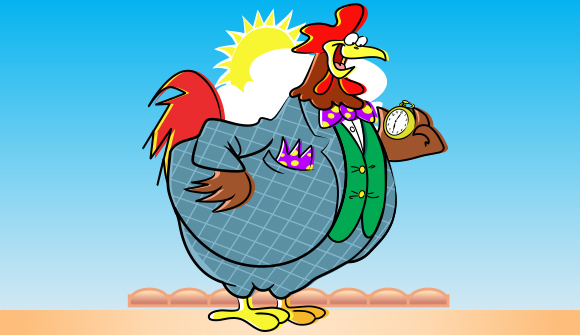 Pensioners living on pocket money as savings crisis hits millions … Pensioners-living-on-pocket-money-as-savings-crisis-hits-millions … Almost two million retired adults in the UK have less disposable income than the average 11 year-old, as Britain's savings crisis creates a generation of "pension paupers". A new survey last night said 15 per cent of men and women in retirement have an income of less than £154 a week, which falls to £8 after essential living costs. Insurance giant LV= claimed the situation was only likely to get worse as over 50s cut the amount they put into their pension pots to cope with the cost of living. – UK Telegraph

Dominant Social Theme: Too bad. We have no idea what happened.

Free-Market Analysis: There is one good thing about this article: It doesn't try to cast blame.

Just yesterday we published an analysis of a CNN article entitled, "76% of Americans are living paycheck-to-paycheck." We called our analysis, the "Decline of Financial Journalism."

We wrote: "When interest rates are so low they are almost negative, when the stock market plunges by half, frightening people out of equities, when debt instruments pay almost nothing, when perhaps 25 percent of workers are unemployed, when the black market is said to be trillions … how can people save?"

And we added, "It's simply not possible for most people. They are far too frightened of losing their jobs to invest. Most likely want to live with as many liquid assets as possible, based on what is happening around them. But that is not the way CNN sees it. The article expresses 'disappointment.'"

We believed the article was a metaphor for the decline of journalism – and investigative journalism as well – because like so many other articles by the mainstream US press it declined to peer beneath the surface. The problem with the lack of US saving is savers, we learn. People don't have enough discipline. And, of course, that is nonsensical. Given that the inputs are all skewed toward spending, how can people be blamed for not saving?

Of course, we're not endorsing the state of affairs. We think it is, for lack of a better description, a kind of genocidal policy. People's lives are being shortened by the economic policies of the Central Bank Era. Think we're exaggerating? Here's more from the article:

In an annual State of Retirement report, LV= says that 12 per cent of over 50s have cut pension savings by an average of £191 a month in the past year as food prices, energy bills and fuel costs soar. In total, LV= estimates that £2.3bn has been "lost" in retirement savings as over 50s reduce contributions.

Ray Chinn, head of pensions, told The Telegraph: "People in their Fifties are saying they cannot afford to save as much as they would like to. "We are going to have a generation of pension paupers, a generation over the next decade or so who will move into retirement and be disappointed with what they have to live on."

He added: "It's truly worrying that decades after leaving their childhoods, millions of retired adults now find themselves back in a situation where their weekly spending power amounts to what is essentially pocket money."

LV= claimed that already, two-thirds of retirees are resorting to a range of money saving techniques to try and make ends meet. Some 49 per cent are collecting money saving vouchers, 41 per cent are regularly entering competitions and 29 per cent are applying for free samples. … Official job figures earlier this month showed a record one million over 65s were now in work.

Think about the billions of articles written in the 20th century on how to retire. Think about all the TV shows and CDs dedicated to the idea of "retiring young." And now you've got a million-plus in England working past 65.

The 20th century was truly a "dream time." It was an era in which many promises were made and few were kept. In fact, much of the mechanism emplaced, in our humble view, was intended to expand internationalism.

Regulatory democracy needs to expand or it tends to collapse of its own weight. By keeping people on board with promises of illusory wealth, those who determined to perpetuate and broaden the system bought themselves time.

Now the West reels, the promises come due and the Treasury is barren.

The Internet, like Sauron's eye, sees all … and those benefitting from the system probably didn't factor the Internet into their plans. Now people scale back their expectations. Perhaps some devolution of the current system will take place.

What we've got isn't working.