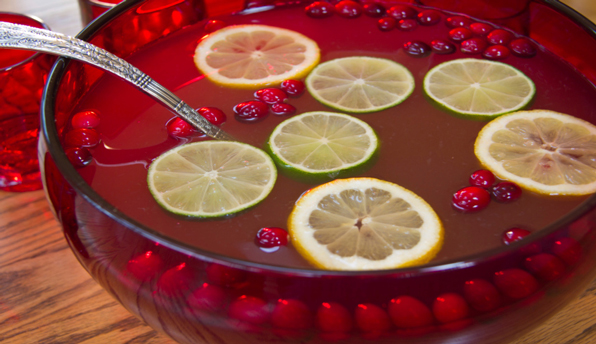 Yellen looks toward a Keynesian approach … This has been a banner week for the world economy, inspired largely by events in the United States. In Washington, the first congressional testimony from Janet Yellen in her position as new Federal Reserve Board chairwoman reassured and impressed two notoriously petulant audiences: Tea Party congressmen, who had assembled a posse of hostile witnesses to attack the Fed's "easy money" policies; and panicky Wall Street investors, who had spent the previous month swooning on fears that monetary policies might not be easy enough. – Reuters

Dominant Social Theme: The depression is no more; the US is on the way up … and we have Keynes to thank.

Free-Market Analysis: Here is an article posted at Reuters that informs us that the economy is doing so well that "the world can finally see evidence that the extraordinary monetary and fiscal policies of the post-crisis period are starting to work as intended."

When one is exposed to this sort of gloating, the academic rhetoric that usually cloaks the ghastly authoritarian grin is suddenly transparent. Those who write this sort of thing – and those who publish it – are determined to make it clear that globalist elites know what is good for us and ought to remain in charge.

We are supposed to forget, as well, that these "extraordinary" policies took some six years and in the meantime tens of millions lost houses, jobs and even their families.

But no matter. Money was printed by central banks and forced through their distribution chain of commercial banks. Commercial banks were paid interest on the money they received to ensure that they did not circulate it too fast.

A lot of the money printed so freely ended up in housing, construction and, of course, securities marts, especially the stock market. This is how it works in the modern era. The stranglehold the power elite has on money production is never to be broken, no matter how long it takes to re-stimulate a devastated economy.

The globalists who run the world's money supply would probably die rather than put money more directly in circulation via people's savings and checking accounts. Of course, such an activity would create massive price inflation but more importantly, it would reveal the reality of the world's terrible faux economy.

People would suddenly realize that all that stood between them and riches of Midas was the push of a button. Even worse, they would realize that someone else DID have access to that button and could push it at any time.

None of this is made clear in this editorial, which is basically an ode to the technocrats that run central banks and to Janet Yellen in particular. Here's more:

The significance of Yellen's testimony lay not in the fact that she was a bit more "dovish" than former Chairman Ben Bernanke, or seemed more committed to the new central bankers' fad for "forward guidance," as opposed to "quantitative easing."

… Yellen can now adopt a philosophy that would have been considered inflationary in the past — without raising a revolt in financial markets. On the contrary, Wall Street seems to prefer the pragmatic, control-engineering approach to single-minded monetarist inflation targeting.

… [And] both houses of Congress passed a "clean" bill to extend the Treasury's borrowing powers until March 2015. This vote confirmed that the period of nihilistic partisan extremism in U.S. politics has ended, that Washington's self-destructive budget battles are over and that U.S. fiscal policy is now set on a steady course until after the 2016 presidential election.

Many fiscal conservatives still argue that the newfound predictability of U.S. fiscal policy is anything but good news. An armistice in the budget wars, they insist, will merely allow government debt and borrowing to spiral out of control.

But just as this week's debt ceiling votes exposed as myth the cliché that America had become ungovernable, new fiscal figures released Wednesday revealed that the U.S. budget crisis was also a mirage. It now turns out that tax revenues are surging, spending is under firm control and deficits are narrowing much faster than almost anyone expected, to just 3 percent of gross domestic product this fiscal year.

So strong were this week's Treasury figures, in fact, that one of Wall Street's most respected economists, Ed Hyman of International Strategy and Investment, said, "At the pace the federal deficit has narrowed … Obama might leave office with a small surplus. Of course this is wildly out of line with [official projections still showing] a $539 billion deficit in 2016."

U.S. experience seems to be vindicating a Keynesian approach to fiscal policy — as well as to central banking. When an economy is emerging from deep recession, the best way for the government to deal with deficits is to ignore them. Instead of trying to cut spending or raising taxes, it is better to maximize fiscal and monetary stimulus and then wait for economic growth to bring deficits down.

The better that monetary and fiscal stimulus are seen to be working in the United States, the more these policies will be emulated in other countries — and the greater will be the probability of a genuine economic recovery around the globe.

Hey, wait a minute. Why should policies that have virtually bankrupted tens of millions of families in the US be emulated in other countries? The idea is that now various sectors of the US economy are starting to inflate again, but is this really a sign of economic health?

It should be abundantly clear by now that central bank economies travel in exaggerated business cycles and that one can never make a definitive statement about such economies because they move quickly from one state to another.

And the above does not include the late 1960s that also saw a market crash and the 1970s that were nearly as difficult to navigate for the average saver as 2000s.

Regard the economic wreckage strewn about the past 50 years and the urge to celebrate is surely diminished. Monetary control by the few over the many evidently and obviously is no panacea. Technocrats, no matter how bright or scientific, cannot administer an economy's money any better than the market competition.

Sure, central banks are good at creating euphorias – and perhaps enough money has been printed so that we are entering the beginning phases of one again. But even if this euphoria does spread and ignite the larger economy, one must know that it will subside and that the more powerful the "recovery" the more devastating the next recession will be.

That's because our central banking economies are not meant to create long-term prosperity. They are intended to centralize capital during a boom and then remove it legally or illegally during a bust.

As we believe there is a Wall Street Party going on currently – courtesy of Fed over-stimulation – the boom is going to be especially powerful this time around while the bust may be one for the ages and usher in a new era of economic globalization.

To point to a "recovery" in the US or the West is really a rhetorical trick. Monopoly central banking economies do not have "recoveries." They have monetary booms generated by re-flations that inevitably turn into horrible busts.

Anyone who doubts this simply needs to look at what monopoly central banking has done to the US economy in the 100 years of its existence. The dollar is degraded beyond measure, whole US cities are sinking into bankruptcy, the infrastructure in many places is in virtual ruins, 50 million are on food stamps, some 30 percent of willing workers cannot find jobs, etc.

Janet Yellen will not prove a miracle worker. Keynes, as we have been pointing out lately, was yet another monetary propagandist who provided a tome – The General Theory – that was both indecipherable and irresistible to the political class that adopted it because it justified the forceful interference of the state into private monetary matters.

Reality has never changed, however. Only private markets and marketplace competition can create a healthy money supply and appropriately restrain the volume. The Invisible Hand must be allowed to work and money must be allowed to compete without legislative restraint.

Nothing else will rationalize money or create a prosperous economy. It may seem for a while as if Ms. Yellen is doing so, but that will be dispelled during the next crash. Of course, fortunes will be made during this "Wall Street Party" and Ms. Yellen will garner even more positive press, as do all Fed chairs.

But sooner or later the cycle will shuffle wearily forward and the pain will commence all over again. She ought to enjoy articles like this one while they last.