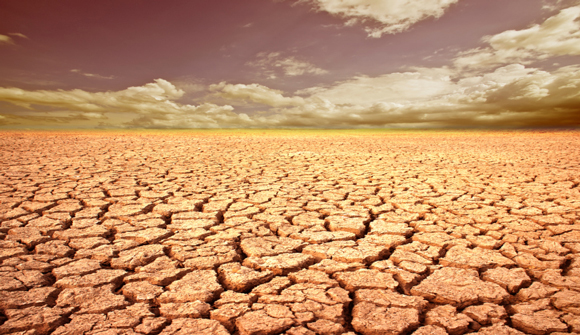 Dominant Social Theme: The world is running out of everything. Soon we will freeze in the dark … or maybe die of thirst.

With California and Brazil suffering from horrible droughts – or so the mainstream media tells us – this article pounds the drum for water scarcity.

Of course, as followers of the Daily Bell/VESTS model, the reality of a water shortage is not nearly so important as whether the financial community and its media abettors have decided that there is one.

The same goes for farmland, as common wisdom tells us that farmland is a dwindling commodity at a time when thin, over-used soil is the norm in many countries.

Water and farmland, if you can obtain them, are thus seen as some of the best investments going forward.

Is this true? Perhaps so. Anyway, we are TOLD it is true.

And we recognize a meme when we see one.

Some very powerful forces are promoting these scarcity memes. And that's what you, dear reader, will have to contemplate as you decide on the validity of these items.

Fears of water shortages could intensify although this is not the first time in history that demand is poised to outpace supply, Tony Parolari, the study's lead author, said on Wednesday.

"Global water consumption per capita has been declining since 1980 which means efficiency is increasing," Parolari, a researcher at Duke University, told the Thomson Reuters Foundation. "But if population growth trends continue, water use will have to decline more substantially."

The world's population is expected to hit 9.6 billion by 2050 from more than 7 billion now, according to U.N. estimates … The paper, published in the journal WIREs Water, analyzed historical information on water consumption and demographics with the help of mathematical models to chart changes over time.

Ah, mathematical models. The idea, of course, is to project these models into the future, though any honest statistician will tell you that is extraordinarily difficult to do.

In the article, we get an inkling of the horrors to come, but strangely enough the emphasis is not on modeling so much as current events. We are reminded of Brazil and of California – "entering its fourth year of drought."

The article does have the grace to point out in some detail that past "water scarcity" has been resolved … wait for it … by new technology. "Expanding pipeline networks to pump in water from further afield," alleviated distress in both Paris and London.

Additionally, progress in desalinization techniques could "alleviate water scarcity" throughout the world. But that's not really the point, is it?

Nope. The rumble concerning food shortages and water shortages is a constant subterranean theme. At any given time you can find some study, survey or data being reported that predicts imminent or near-term doom.

We tend to doubt or discount a lot of these reports. (Apparently in California, they've been opening dams to let out water surreptitiously that could otherwise have gone to irrigate cropland. Why this is being done is a mystery to many … but no doubt authorities will clarify sooner or later.)

In any case, from an investment standpoint, the reality of the scarcity meme is not so important as its promotion. You simply have to decide whether these programs are viable or dysfunctional.

The stakes can be high, indeed. We've pointed out recently the example of what would appear to be one successful meme: Cannabis legalization. That's going to make lots of people wealthy.

On the other hand, considerable amounts of money have been lost backing the carbon – warmist – meme. That doesn't mean the theme ceases to operate, only that for many it hasn't turned out to be exceptionally lucrative and in some cases (say you backed a carbon exchange) you might have lost a considerable amount.

The world – the investment world, anyway – often runs on elite promotions. Factor their credibility into your larger speculative calculations for a better sense of how to position your assets.