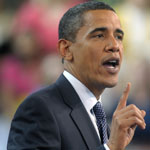 Orders to U.S. factories for big-ticket durable goods plunged in June by the largest amount in five months, reflecting the continuing troubles in the auto industry and a steep drop in demand for commercial aircraft. The Commerce Department said Wednesday that orders for durable goods fell 2.5 percent last month, much larger than the 0.6 percent decline that economists had expected. It was the biggest setback since a 7.8 percent fall in January. Much of the weakness reflected a 38.5 percent decline in orders for commercial aircraft, an industry that has been hurt by the global recession, which has crimped air travel and triggered some airlines to cancel existing orders for planes. – WtopNews

Free-Market Analysis: It seems it is always with a sense of surprise that such articles are written. People who have been encouraged by a slew of articles about green shoots include mainstream journalists. They expect the story that has been written in advance, one in which a recession takes place, no matter how deep, and then thanks to the good work of numerous leaders, the crisis is avoided and the progress of the West continues upward.

But in reality the progress that the West makes economically has to do with re-inflating a monetary bubble over and over. Instead of letting the Depression clean out the mal-investments, those who have access to financial levers pull them – often as hard as they can. In short order a depression is turned into a recession and the Western economy resumes its upward path. Here is some additional information from the article excerpted above:

Orders for motor vehicles and parts fell by 1 percent in June after an even larger 8.7 percent drop in May. The weakness reflected the disruptions caused by the bankruptcy filings of General Motors Corp. and Chrysler LLC, which shut their plants for most of June, plus the need for the entire industry to work down a backlog of unsold cars. Excluding the volatile transportation sector, orders for durable goods were actually up by 1.1 percent in June, a better performance than the flat reading economists had expected. The strength last month came in demand for primary metals such as steel, which rose by 8.9 percent, and industrial machinery, which was up 4.4 percent. The strength outside of transportation could be a harbinger of better days ahead for manufacturing, which has struggled to cope with the severe U.S. recession plus the worst global downturn since the Great Depression, weakness that has severely dampened demand in many of America's major export markets.

Is a recovery on its way? We would argue that mal-investments have not been purged from the larger economy. We would argue that tens of trillions have been loaned out to major commercial banks, allowing stock markets to go back up and creating a patina of economy recovery that is wide but only a few microbes deep. Moreover, statistics in the hands of government are notoriously fungible. And then there is the mainstream media itself that will focus on the most optimistic parts of the story and often leave out the more depressing realities. But the realities are not especially optimistic. Here's an excerpt from a recent Telegraph article:

The Office for National Statistics said that Britain's gross domestic product (GDP) contracted by 0.8% in the second quarter, following the unprecedented 2.4% fall in the first three months of the year. Economists had expected GDP – the broadest measure of the country's economic performance – to shrink by 0.3%. According to calculations by Martin Weale of the National Institute for Economic and Social Research the profile of the current recession is now almost identical to the decline in Britain's output between 1929 and 1931. The 5.6% contraction over the past year almost matches the 5.8% fall in the year preceding the second quarter of 1931, during which Credit Anstalt in Austria collapsed, triggering a second wave of economic seizure across Europe. The recession is far deeper and more severe than those of the early 1980s and 1990s, Mr. Weale added.

It is interesting to say the least that as the economic picture in Britain and in the United States gets no better and perhaps worse, stock markets continue to rise. This confirms our sentiment that while indexes may be optimistic, the real economic picture is a lot less so. We anticipate ongoing unraveling in commercial paper and derivatives. And we anticipate, eventually, another leg in a prolonged rise in the price of money metals.