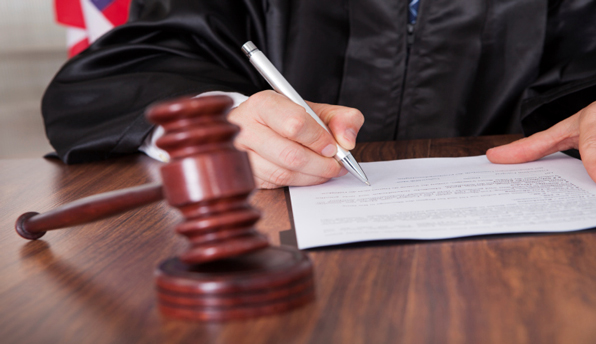 Holder backs plan to ease sentences for low-level drug dealers – Justice department says plan would lower dealer's average sentence by 11 months and reduce size of US prison population …The Obama administration on Thursday threw its weight behind a proposal designed to help reduce the massive US prison population … Attorney general Eric Holder on Thursday endorsed a proposal that would result in shorter prison sentences for many non-violent drug traffickers, saying the change would rein in runaway federal prison costs and create a fairer criminal justice system. – Guardian UK

Dominant Social Theme: We are an understanding and caring lot here at fedgov. We will reverse a century of heartbreak and tragedy by gradually decriminalizing drugs. Too bad about the ones who got left behind …

Free-Market Analysis: We are searching for reasons why US fedgov officials would suddenly want to create a "fairer justice system." All we can come up with is that so many other things are going badly at a high level, "reforming" the system – or at least talking about it – can generate a rare flow of positive news coverage.

Of course, we wonder if fedgov prosecutorial abuses now prevalent will actually be diminished as a result of this apparent new stance. We doubt it. Prosecutors will continue to utilize every legitimate – and probably illegitimate – tool to shove the accused into some sort of plea-bargain.

And in any case, this new policy – if that is what it is – will not address the tens of millions who have been incarcerated, ruining their own lives and the lives of their families, for ingesting "controlled" substances.

We'd like to see the war on drugs entirely done away with; Holder is obviously willing to go only so far. Here's more:

Holder's backing for a US Sentencing Commission proposal to lower the guideline penalties is part of a broader justice department effort to lessen punishment for non-violent drug dealers. He has been pressing to ease long mandatory sentences and has called for greater discretion for judges in sentencing.

"This focused reliance on incarceration is not just financially unsustainable – it comes with human and moral costs that are impossible to calculate," Holder said in an appearance before the Sentencing Commission, an independent agency that establishes sentencing policies.

In a country where nearly half of all federal inmates are serving time for drug crimes, the harshest penalties should be reserved for violent drug defendants and criminals with long rap sheets, Holder said. Holder directed prosecutors in August to stop charging many non-violent drug defendants with offenses that carry mandatory minimum sentences.

He has also said he also wants to divert people convicted of low-level offenses to drug treatment and community-service release of some elderly, non-violent offenders. Bipartisan legislation pending in Congress would give judges more discretion in sentencing defendants for drug crimes.

… Holder's announcement won support from groups including the American Civil Liberties [Union], which decried what it called the "failed, racially biased war on drugs". But a national association of prosecutors is opposing the proposal, arguing that mandatory sentences have been helpful in securing cooperation from defendants and witnesses and that the majority of federal prisoners "have been very bad actors for a long time".

"Rewarding convicted felons with lighter sentences because America can't balance its budget doesn't seem fair to both victims of crime and the millions of families in America victimized every year by the scourge of drugs in America's communities," Raymond Morrogh, the top prosecutor in Fairfax County, Virginia, and the director-at-large of the National District Attorneys Association, said in prepared remarks.

This is certainly a start toward decriminalization, but it seems there's a larger dynamic at work. We've pointed this out in the past as regards marijuana. Apparently, at very high levels there may have been a decision to wind down the "war on drugs."

The other day, in responding to some feedbacks we spent even more time investigating marijuana legalization and decriminalization. It is truly remarkable how much activity is taking place not just in the US but around the world. It tends to confirm our thesis that we are not seeing random coincidences when it comes to drug relaxation but a calculated ploy among globalist influences that exercise so much control.

Of course, relaxing drug punishments is an eminently logical approach; when it occurred in Portugal, the results were quite positive.

Following decriminalization, Portugal had the lowest rate of lifetime marijuana use in people over 15 in the E.U.: 10%. The most comparable figure in America is in people over 12: 39.8%. Proportionally, more Americans have used cocaine than Portuguese have used marijuana.

The Cato paper reports that between 2001 and 2006 in Portugal, rates of lifetime use of any illegal drug among seventh through ninth graders fell from 14.1% to 10.6%; drug use in older teens also declined. Lifetime heroin use among 16-to-18-year-olds fell from 2.5% to 1.8% (although there was a slight increase in marijuana use in that age group).

New HIV infections in drug users fell by 17% between 1999 and 2003, and deaths related to heroin and similar drugs were cut by more than half. In addition, the number of people on methadone and buprenorphine treatment for drug addiction rose to 14,877 from 6,040, after decriminalization, and money saved on enforcement allowed for increased funding of drug-free treatment as well.

The beneficial effects of "treating" drug addiction instead of incarcerating users has been well known for a long time, and from a public policy standpoint it's nice to see these sorts of solutions receiving mainstream coverage.

But we don't for a minute believe these solutions are being promoted for the "good of society." No, there's something else behind this sudden legalization movement. We're not sure what it is, as we wrote above, but we certainly believe it exists.

We stated previously that the marijuana meme was not a coincidence. Holder's moves merely further confirm our initial perspective. It could be that marijuana legalization is part of a much larger trend.

For the sake of so many injured lives and ruined families, we hope so.