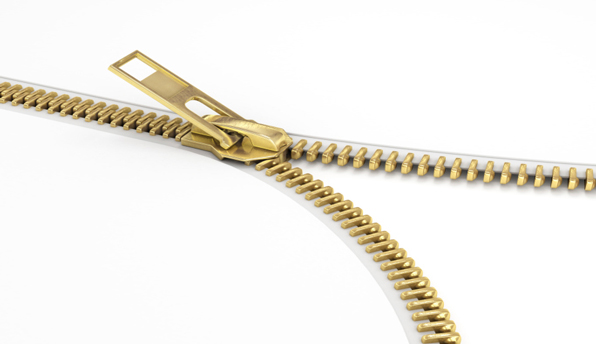 BRICS countries to set up their own IMF … Very soon, the IMF will cease to be the world's only organization capable of rendering international financial assistance. The BRICS countries are setting up alternative institutions, including a currency reserve pool and a development bank … The BRICS countries (Brazil, Russia, India, China and South Africa) have made significant progress in setting up structures that would serve as an alternative to the International Monetary Fund and the World Bank, which are dominated by the U.S. and the EU. A currency reserve pool, as a replacement for the IMF, and a BRICS development bank, as a replacement for the World Bank, will begin operating as soon as in 2015, Russian Ambassador at Large Vadim Lukov has said. – RBTH

Dominant Social Theme: The dollar is on its way out. A new regime is rising in the East.

Free-Market Analysis: Here is yet another article on the proverbial decline and fall of the West, and especially its Anglo-American backed economic and financial institutions.

We have a difficult time, however, believing fully in the veracity of this East versus West meme. Something strikes us as a little bit phony … After all, the IMF and the World Bank in particular are Western inventions.

If there is such great antipathy to Western traditions and influences from an economic standpoint, then why are the BRICS so slavishly following this Keynesian blueprint?

We are supposed to believe the BRICS are upset enough about the dollar to want to go their own way. But somehow the best they can come up with is simply Western Finance 2.0? Doesn't make much sense. Here's more from the article:

Brazil has already drafted a charter for the BRICS Development Bank, while Russia is drawing up intergovernmental agreements on setting the bank up …

In addition, the BRICS countries have already agreed on the amount of authorized capital for the new institutions: $100 billion each. "Talks are under way on the distribution of the initial capital of $50 billion between the partners and on the location for the headquarters of the bank. Each of the BRICS countries has expressed a considerable interest in having the headquarters on its territory," Lukov said.

… The BRICS countries are setting up a Development Bank as an alternative to the World Bank in order to grant loans for projects that are beneficial not for the U.S. or the EU, but for developing countries.

… Given that governance of the IMF is in the hands of western powers, there is little hope for assistance from the IMF in case of an emergency. That is why the currency reserve pool would come in very handy," says ambassador Lukov.

The currency reserve pool will also help the BRICS countries to gradually establish cooperation without the use of the dollar, points out Natalya Samoilova. This, however, will take time.

For the time being, it has been decided to replenish the authorized capital of the Development Bank and the Currency Reserve Pool with U.S. dollars.

Thus the U.S. currency system is getting an additional boost. However, it cannot be ruled out that very soon (given the threat of U.S. and EU economic sanctions against Russia) the dollar may be replaced by the ruble and other national currencies of the BRICs.

Notice, please, that the BRICS are not abandoning Western IMF and World Bank facilities; they are simply creating their own. And please remember as well that the term BRICS was dreamed up at Goldman Sachs. It is at least a little bit strange that the BRICS are acting in concert based, initially anyway, on Wall Street nomenclature.

One would believe that the growing antipathy between Russia and the West would lead to a significant degradation in banking cooperation. But in fact, according to another article in RBTH, "the Russian Ministry of Finance is already preparing the legislation, which will make it possible for banks to transmit data on the accounts of American citizens to the Russian tax service."

So Russia is prepared to cooperate on FATCA (reporting US citizens to their government), and the BRICS' efforts at creating their own financial system nonetheless ends up looking almost exactly the same as the Western version, only smaller.

In today's other article, we pointed out that US financial clout around the world is likely overwhelming – and thus behind the scenes there is every reason to believe that the BRICS and the Anglo-American axis are not nearly so polarized as they might appear.

Only 20 years ago, Western economic professors and banking specialists were pouring into Russia to help the bureaucracy – freed from the shackles of Marxism – reshape the system. The result was the Westernized system that Russia operates today. It is based on central banking and its economic underpinnings are Keynesian.

The Chinese system is similar. In fact, the Chinese financial system is like the British or US one – but on steroids. The amount of money the ChiComs have printed and poured into the economy has proven to be incredibly distortive. The Chinese economy includes so much money sloshing around that whole empty cities are being built on a speculative basis.

India and Brazil have similar Western-style financial systems as well, including vastly powerful central banks and the predictable price inflation. There doesn't seem to be any real appetite to change, either. And thus we continue to believe that the "end-game" when it comes to the current system is a more fully internationalized financial structure. The idea is to have one currency, one central bank, one monetary and fiscal policy, etc.

Knowing how these systems evolve – or are provoked into evolving – we're not surprised that soon there will be two competing structures. Were the structures significantly different, we might be more puzzled. But they are not different.

And we are not confused. There is surely something Hegelian about all this: thesis, antithesis and finally synthesis, etc.

No doubt, we will continue to be treated to a variety of tensions between East and West as this modern monetary evolution continues. But ultimately, one day, the two systems may contemplate a merger that will create a far more globalized money environment.

Why can't this occur now? No doubt because the current system already in place is seen as too Anglo-centric. A buy-in can only be generated when another system has been created and the two systems are joined as one after considerable discussion.

Is it all a kind of directed history? Are we even supposed to ask such questions?

We will begin to believe that such hostilities are real when China, Russia, India and Brazil take their leave of the Bank for International Settlements. So far as we know, they have not.

Instead, the powerful central bankers for these countries will continue to sit down at the table in Switzerland every two weeks or so to "coordinate" monetary policy.

Yet, do adversaries "coordinate"? Not so much, in our view. And thus we must conclude at this level the adversarial approach is somewhat moot.

Calling it "directed history" is a good deal closer to the truth.