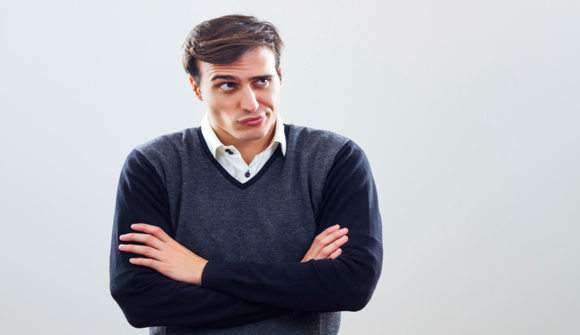 President Ellen Johnson Sirleaf [spoke] out against Liberians failing to accept the reality of the epidemic. "We can build Ebola treatment units across the country, establish testing centres, bring in all the medication and personal protective equipment, but if the behaviour of Liberians is not changed, the virus will continue to spread," she said … The day's canvassing passes without incident or impediment, but things don't always go so smoothly, says [Prezton] Vaye, the social worker. "People don't want to hear about Ebola. They say the government is lying, it's a way to take our money," he tells AFP – AFP/Yahoo

Free-Market Analysis: African skepticism regarding Ebola has been reported on for the past few months and this article posted at Yahoo shows us that the skepticism persists – warranted or not. These reports were especially numerous in mid- to late- summer when Ebola cases were scarce. At the time, Vice magazine posted an article entitled, "Why Don't West Africans Believe Ebola Is Real?" Here's an excerpt:

… After weeks passed with only a handful of reported Ebola cases, skepticism about the virus's presence took hold across the country. By May, if you asked most Liberians on the streets of Monrovia about their views on the outbreak, the most common response was, "There is no Ebola in Liberia." Now, with the death toll climbing every day, experts say their efforts to combat the epidemic have been frustrated by fear, superstition, and denial.

"People's thinking is that the whole situation is being made up by the government to get money from the international community," says Daniel Krakue, a Liberian community rights advocate who frequently travels to remote parts of the country. "There is a whole lot of skepticism about the central government in rural areas, especially in terms of providing health services."

But it's not just Ebola. Opinion polls in the Middle East have surprised Western observers with claims that many in that region believe the West and specifically the US have funded the "terrorist" enemy (ISIS) they now purport to fight. This is based in part on previously acknowledged historical information that the CIA helped fund Al Qaeda initially.

We recently carried an article pointing out that Western intel via the "Occupy" movement was helping to destabilize Hong Kong – and many in Hong Kong and East Asia were aware of it. You can see it here.

Skepticism about mainstream media is generally widespread – in the West, as well. A July 2014 Gallup poll noted that "confidence in [US] newspapers has declined by more than half since its 1979 peak of 51%, while TV news has seen confidence ebb from its high of 46% in 1993, the first year that Gallup asked this question."

On the Internet, bloggers and alternative media reporters share elements of skepticism regarding the Ebola story. In part, this has to do with hysteria surrounding the so-called SARS epidemic of 2003. At the time, a National Review article entitled "Hysteria, thy name is SARS" commented, "This global hysteria has no upside." In fact, according to Wikipedia, "No one died in the United States from SARS, despite the fact that there were 8 confirmed cases out of 27 probable cases."

Are there elements of Ebola that parallel SARS alarmism? Power-elite investigator and Pulitzer-prize nominee Jon Rappoport has written a number of articles on Ebola including "The Ebola fear: 'transmission of the virus'."

Transmission of the virus … is what everybody is worried about now … I have news. Transmission does not automatically equal getting sick. If it did, the entire human race would have been wiped out centuries ago.

People transfer germs to each other all the time. They house untold numbers of germs, and they transfer them. I know there are many people out there who are afraid of germs. They use chemical wipes and they do all sorts of things to stay free of germs…as if that were possible.

… The truth is, if your immune system is weak, you need to find ways to become more healthy and strong. Or you can submit to the massive fear-mongering about, say, Ebola, and accept the notion that merely "catching" Ebola threatens your life.

Rappoport is making a point regarding the transmission of Ebola. Actually there are a number of strains of Ebola, according to Vox.com and people do recover from the disease depending on the strain. The deadliness of the disease may indeed involve the strength of an individual's immune system among other factors.

Another of Rappoport's recent articles deals with the spread of the disease in the US and asks "Is '1st US Ebola Patient a hoax?" He writes:

Media outlets, taking their cue from the CDC, are using the term, "1st US Ebola patient," when that is obviously false. Several other Ebola patients have been treated in the US, most notably Dr. Keith Brantly.

It turns out the CDC technically means: first Ebola patient diagnosed here in the US. The others were apparently diagnosed in West Africa. The difference is hardly significant. It certainly doesn't rate banner headlines. So why is the CDC, and therefore the US government making such a big deal out of this patient?

The dragnet comes at a moment when announcements about releasing a new Ebola vaccine are accelerating—and of course the CDC wants to make sure Americans accept the vaccine, even though tests for its safety have barely begun. Ramp up the fear of Ebola; release the vaccine; urge, insist, and demand the population take the shot.

Is Ebola being exaggerated so governments can accrue further power or extend formal control over people's lives and travel options? Certainly we hope not; and we regret the tragic deaths of those who have reportedly been struck down.

What we do know – and it's important – is that there seems to be a growing skepticism regarding mainstream reporting generally, not just in the US or the West but around the world. Ebola only provides the latest example.

Regardless of the ultimate morbidity of Ebola, informed skepticism – versus ignorant suspicion – is generally a good thing, and surely an ally of freedom.

And a trend worth noting.