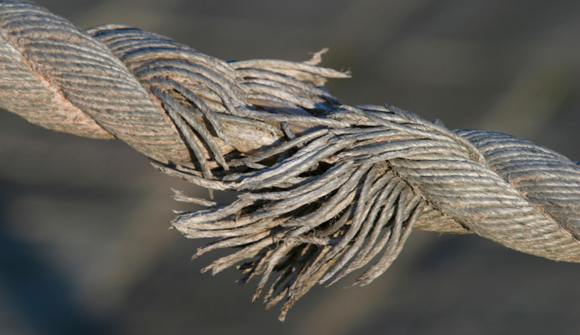 Revolting voters … Democracy is under threat, warns Philip Coggan. Time to reform it … A huge year for democracy lies ahead: in 2014 voters will go to the polls in some of the biggest countries of the developing world, including India, Indonesia and Brazil, as well as in the United States (for mid-terms) and across the 28 countries of the European Union (to elect the European Parliament). But voter turnout in the rich world has been falling slowly since the 1970s, from more than 80% to less than 70% by 2011 (see chart). And around the world disillusionment with politicians and elections is running deep. In the coming year alarming numbers of voters will flirt with political extremes. – The Economist

Dominant Social Theme: If we don't improve democracy, it will fail.

Free-Market Analysis: In truth, democracy cannot be improved. It seems to work a bit when constrained in size to those who can fit into, say, a town square. This is how the demos was pursued in Greece and more recently in Switzerland.

But the idea of mass democracy is simply a mirage. The idea that vast volumes of people can vote for candidates they've never met who claim political positions they are not contractually bound to enforce (and thus almost never do) is surely some sort of mass delusion.

Additional voting will not salvage such a system, nor will mandatory voting, as the seeds of the system's destruction lie in its operation and structure.

This article in The Economist does us a service by providing a quick tour of how democracy has soured in the past decade, especially.

The article finally suggests solutions but these seem fairly timid, even halfhearted.

What could restore faith in democracy? Reform of party financing so that the names of all donors are declared might reduce the power of special interests. In America the drift towards extremism could perhaps be countered by ending the gerrymandering of districts so that politicians had to appeal to the centre rather than just to their core supporters. Second chambers, like Britain's House of Lords, could be given the right to put issues to the people in a referendum when they thought the lower chamber, or unelected bodies, were overstepping their powers.

Unfortunately, none of this will happen in 2014. The best quick remedy for democracy's ills would be growth strong enough to bring down unemployment and boost real incomes, making voters more content. Don't hold your breath.

These sorts of suggestions for the most part feature transparency, a meme that the power elite has been flogging for years as an antidote to the increasingly corrupt features of regulatory democracy that they themselves have helped install.

In fact, this article is filled with this kind of cognitive dissonance. The great financial crisis was a product of a destructive system that has been cultivated by the elites for 100 years. The system has funneled funds through banks, and this has allowed unemployment to linger and swell.

The result has not been a shift to parties that do not represent the mainstream so much as parties that are actually attempting to explain what has gone wrong. To characterize such parties as "radical" may be true in a sense, but only because the elites themselves are using electoral disaffection to create polarizing leaders.

This is really the crux of the issue. The article serves as a kind of propaganda, predicting what may soon be happening on the political scene, but not explaining the real cause and effect.

Every single failing mentioned in the article is preventable; every failing was not prevented and was even cultivated. The war on terror itself was not created in a vacuum but was the result of a deliberate escalation of authoritarian policies and legislation.

In fact, this article provides us with a classic example of what we call directed history. In the 20th century, such manipulation may have worked fairly well but in the 21st we are daily reminded of cause and effect if we read the Internet with any sort of regulatory and discipline.

It is the Internet that shows us clearly over time the patterns of provocation that this Economist article presents to us. We are supposed to take this analysis at face value and once upon a time perhaps we would have.

But today we are all-too-painfully aware of how much has been orchestrated with considerable effort and expense. The article therefore acts as a kind of summary of what the elites have put in place. And this actually allows us to perceive other scenarios that they may have in mind.

It is true that we've seen this scenario played out before, most recently during the Great Depression. But this time around, thanks to the Internet Reformation, tens of millions are very aware of the manipulations, both historical and modern.

This article – and surely there will be more like it – is setting the stage for what we can anticipate as a further breakdown of democracy. It doesn't analyze the creation of the difficulties with which Western democracy is afflicted, only presents them as a kind of fait accompli.

In doing so, the article reveals more than its writers and editors may have wanted to present. It tells us quite clearly that the stage has been set for additional democratic discontent.

All that is left now, if we read the article correctly, is to increase the agitation. The eventual result, we surmise, is so much chaos that Western societies will tolerate a good deal more internationalism and authoritarianism.

That perhaps is the plan. This article, gazing into the future, would seem to tell us that the intent is to proceed.