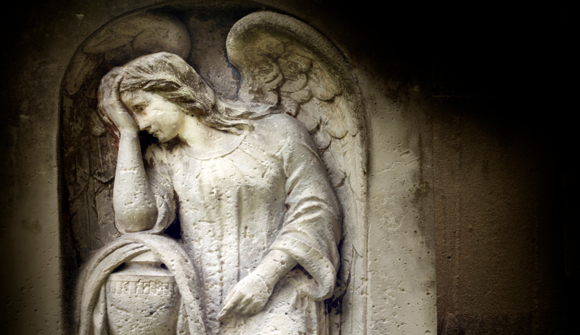 Age shall not weary her… America's central bank has become ever more powerful over the past century … As the holiday season of 1913 drew near … Congress was still fighting over a bill to create the Federal Reserve, and Wilson had threatened to keep it in session over Christmas until the bill was ready for his signature. A century later, the Fed is still overshadowing the festive season: as The Economist went to press, it was meeting to consider curbing its massive purchases of government bonds. What is more, the debate over its role is as febrile as ever. To succour the economy, it has in recent years bailed out chunks of Wall Street and taken on new oversight of the financial system, in addition to accumulating over $3 trillion in bonds. Many, including one of its former chairmen, Paul Volcker, worry that the Fed is "getting too big for its breeches"… – The Economist

Dominant Social Theme: Long live the Fed. You may think it's a horrid, ruinous, wealth-draining facility, but in the 21st century it's as vital as ever. And what's a little controversy between friends?

Free-Market Analysis: The funniest thing about this article – and there are many portions that are at least incongruous – is the short excerpt that was selected as the article's title, above, "Age Shall Not Weary Her."

It comes from the "Ode of Remembrance," by English poet Laurence Binyon, who wrote it in sorrow and shock at the carnage of World War One.

It appeared in The Times of London on September 21, 1914 and has continued to be popular ever since, probably because of the elegant and heartfelt gravity of its lyrics. Here's some more from the poem:

With proud thanksgiving, a mother for her children,

England mourns for her dead across the sea.

Flesh of her flesh they were, spirit of her spirit,

Fallen in the cause of the free.

… They shall not grow old, as we that are left grow old:

Age shall not weary them, nor the years condemn.

At the going down of the sun and in the morning,

We will remember them.

They mingle not with their laughing comrades again;

They sit no more at familiar tables at home;

They have no lot in our labour of the daytime;

They sleep beyond England's foam.

The reason we find the selection of the poem – admittedly a sad and heartfelt ode to the dead – incongruous in terms of what The Economist wishes to portray is because the poem is about the dead. Didn't this occur to The Economist brain trust? Apparently not.

The Economist wanted to make the point – one close to its elitist heart – that the Federal Reserve and central banking generally will go on. But why then pick a poem that remembers those who "sleep beyond England's foam"?

Our point here is that even when central banking defenders attempt to provide verbal succor to this heinous institution, they often stumble and fail in predictable ways. Confusion reigns. Conviction is nil.

To maintain, as The Economist does toward the end of the article, that central banking will simply continue to grow in power and clout is simplistic at best … and in the long run almost certainly inaccurate.

The current unraveling of the Fed in particular began in 2008 and accelerated in 2009 when the US stock market lost something like half its value.

During this time period, the Fed inspector general was forced to go before Congress to admit she had no knowledge of the trillions that the Fed was then disbursing. Later on Ben Bernanke himself would undergo a series of grueling interrogations by anti-Fed congressmen including the most formidable, Texas representative Ron Paul.

Bernanke would variously admit to sending trillions abroad to bail out overseas non-US banking entities and to understanding neither the market for gold nor its price action.

Of course, what became the most contentious issue was the oft-stated determination of Ron Paul and his supporters to demand a formal accounting of Fed disbursements.

Here's a recent excerpt from an article in The New American that aptly sums up the public's viewpoint when it comes to the Fed and its shadowy actions:

Vast Majority Want to Audit the Federal Reserve, Poll Shows … Just one in 10 American adults is opposed to auditing the shadowy Federal Reserve, with an overwhelming 74 percent supporting an audit of the controversial central bank, according to a new poll released by Rasmussen.

While the banking cartel-run institution has hired lobbyists and unleashed various gimmicks to improve its image and protect its cloak of secrecy from Congress and the public, it appears increasingly clear that the people see through the charade. Now, the question is whether lawmakers will side with the establishment to protect the Fed, or with the American public and their demands for transparency.

The survey results, which echo the findings of numerous other polls conducted on the issue in recent years, show that support for an audit of the Fed transcends party lines. While backing for transparency at the central bank was strongest among Republicans — 83 percent support an audit, versus 7 percent opposed — nearly two thirds of Democrats also want to know what is going at the Fed, compared to 14 percent who do not. Among Americans who do not identify with either major party, almost eight in 10 support an audit, with less than one in 10 against it.

According to Rasmussen Reports, which released the results on November 8, part of the reason that Americans still "overwhelmingly support" a public audit of the Fed might be "because a sizable number think the Fed chairman has too much power over the economy."

Neither current central bank boss Ben "Helicopter" Bernanke nor his likely replacement, Janet Yellen, was very popular with the public either. Among respondents who expressed an opinion and had heard of the central bankers — over a third did not recognize Yellen's name — strong majorities held unfavorable views of them.

This Economist article, then, is enunciating a position that would seem at least questionable, for the public obviously wants the Fed audited as firmly as Fed supporters do not. Janet Yellen may be soft-spoken in many ways, but during hearings over her appointment, it emerged she was vociferously anti-audit.

This is only to be expected. An audit – one with names and dates – will surely show that the Fed has possession of a lot less physical gold than we are led to believe. More importantly, it will show that the power of the purse has been inordinately abused, with Bernanke and others printing money-from-nothing to take care of cronies around the world.

This is what those close to the Fed really fear. Today, they can claim that the bailouts the Fed has been generating have been aimed at "stabilizing the system." Tomorrow, were an audit to take place, this systemic stabilization will be revealed as nothing more sophisticated than crony capitalism.

The public supports an audit of the Fed because the Fed – and central banks like it – are already too powerful and operate beyond scrutiny. This public stance is probably not going to be revised any time soon and, more importantly, whenever the Fed stumbles – and that is surely a given – the rising public antipathy will allow Fed opponents to become more vociferous.

The Economist doesn't see it that way, of course. As a regnant apologist for the power of monopoly money printing, The Economist is a staunch defender of dirigiste dollar financing.

In the first century after America's founding, Congress twice chartered de facto central banks but let their charters lapse due to resistance to the centralisation of financial power. In 1907 the failure of a trust company in New York triggered a run on banks throughout the country. The resulting panic prompted a search for a lasting solution to chronic financial instability.

… During the Great Depression the Fed reverted to its original passivity, curbing its open-market operations and allowing thousands of banks to fail. Precisely why is still debated, but one reason was that the "real bills" system retained its hold. Since banks were not asking for credit, the Fed did not provide it, keeping money tight despite the collapse in prices and output.

… The current debate about the Fed's role bears a striking resemblance to those before its creation and its overhaul during the 1930s. A devastating financial crisis has exposed frailties in the financial system and fuelled populist anger at bankers.

A Democratic president has advocated a more muscular role for the government in managing the economy and the financial system in particular. The Fed is emerging stronger than ever.

… Barack Obama and Congress have … piled on responsibilities. The Dodd-Frank law gives the Fed oversight not just of banks but of any financial institution judged "systemically important". In choosing Janet Yellen to succeed Ben Bernanke as Fed chairman, Mr Obama spoke of "increasing employment and creating jobs".

… They are swimming against the tide of history. A century ago Wilson sought a central bank that would support the entire economy, not just Wall Street. With each new crisis his successors have concluded that that requires a bigger, burlier Fed.

This article is simply full of half-truths at best. A good case can be made that the 1907 Panic that led eventually to the formation of the Fed was engineered by financier JP Morgan for just that purpose.

And there are many historical reports that can be found tracing the role of the Fed in illegally over-printing money during the Roaring Twenties. This led directly to the Crash of 1929 and subsequent Depression.

Revisionist history: The US Bank Holidays were a result of FDR's determination to cover up for the Fed's misdeeds. The Fed had printed so many dollars that there wasn't enough gold to redeem them. Rather than admit the culpability of the Fed, Roosevelt shut the banks and then nationalized gold to ensure that people wouldn't find out about the Fed's crimes.

Today, powerful people situated strategically around the Fed are protecting that institution and its members. But times are not what they were. There is the Internet to contend with and a mood of informed populism in the US that does not bode well for a continued Fed coverup.

Thus, the Fed faces an institutional conundrum. The public pressure on the Fed in the long run will surely not let up. In fact, it may subside a little as the Fed tends to this latest stock market bubble, what we have called a "Wall Street Party."

But when the party is ending and insiders (and hopefully you, dear reader) have drunk their fill of the bubbly and retired, there will be Hell to pay. It will likely be a crash to end all crashes and Fed officials will find themselves called to account once again.

The Economist meant to make a resounding point that the Fed at a century old is a mightier and tougher oak than ever. Yet its august editors picked an excerpt from a famous "ode to the dead" to reinforce their point.