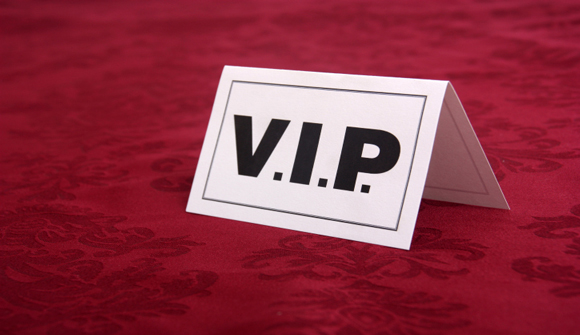 STAFF NEWS & ANALYSIS
Economist Magazine Explains Why Economics Is Prestigious – But Gets It Wrong
By Staff News & Analysis - December 09, 2014

The status of economists … The power of self-belief … A new paper looks at how economists became so influential … "If economists could manage to get themselves thought of as humble, competent people, on a level with dentists, that would be splendid!" said John Maynard Keynes, a British economist. Despite their collective failure to predict the financial crisis, let alone follow Keynes's injunction, economists are still very influential. They write newspaper columns, advise politicians and offer expensive consulting services to business-folk far more than other academics. A new paper tries to explain why. – Economist magazine

Dominant Social Theme: Economists are influential because they are smart and self-discipline works.

Free-Market Analysis: This is an interesting meme. Economists ARE influential, though not for the reasons that The Economist enumerates.

In fact, we can make an argument that modern mainstream economics is entirely a manufactured science: in the past we've done just that.

Anyway, there are lots of problems with this article. It takes the "science" of economics for granted and then explains, wrongly in our view, why economics has vast credibility in the 21st century.

One reason, say the authors, is that economists have come to believe that they are superior. A survey in 1985 found that just 9% of graduate students in economics at Harvard strongly believed that economics was "the most scientific of the social sciences".

But as economics became ever more mathematical, its practitioners grew in self-confidence. By 2003 54% of the graduate economists studying at Harvard strongly agreed with the statement. A glance at a popular blog for doctoral students in economics, econjobrumors.com, gives a taste of the contempt in which its users hold other disciplines. Sociologists "play around with big important ideas without too much effort or rigour," one econo-nerd asserts.

The authors point out that economists demonstrate their self-belief in subtler ways too. Articles in the American Economic Review cite the top 25 political-science journals one-fifth as often as the articles in the American Political Science Review cite the top 25 economics journals. Another study found that American economics professors were less likely than their peers in other subjects to agree with the notion that "interdisciplinary knowledge is better than knowledge obtained by a single discipline."

The odd thing, the authors argue, is that we believe in economists almost as much as they believe in themselves. Journalists and politicians seek strong arguments and clear answers. Most academics are reticent types: historians, for instance, question whether you can learn anything from history. "For a moderate fee," jokes Deirdre McCloskey, an economic historian, "an economist will tell you with all the confidence of a witch doctor that interest rates will rise 56 basis points next month …"

What do we learn from this? It is the mathematics of economics – called econometrics – that provides numerous participants and observers with the idea that economics is scientific because it uses complex formulas and equations.

Economists, we learn, don't "play well" with those of other disciplines. They are not especially referential (as far as other fields go) and they are also promotional.

The combination of insularity, (faux-) statistical analysis and aggressive self-promotion explains the heightened profile of economics and economists, according to The Economist.

Not so fast. The Economist leaves out a deeper reason, in our view. From our perspective, the high-profile of economists has to do with the ubiquity and power of central banking.

There were only about five central banks 100 years ago. Today there are about 150. Coordinated by the BIS, these central banks and their endless money-printing provide their managers with riches undreamt of in the past.

Those who can control and direct the trillions of dollars that central banks regularly spew out have more concentrated power at their fingertips than even the most feared tyrant of previous centuries.

Economists themselves play their part; they are the chosen acolytes of this system. Central bankers – almost all of them are economists – cannot predict the value or volume of money because there are no forward-looking indicators. Any prediction is bound to be just that – an educated guess.

To paper over this mundane though devastating reality, central bank controllers have supported and expanded the credibility of certain kinds of economics.

What has been emphasized most particularly is the role of the "expert" – someone who can basically predict future trends in any one of a number of areas and industries.

Accompanying the cult of the expert has been an explosion of think tanks, doctoral programs and publishing facilities designed to celebrate those who provide credibility to the meme of predictive knowledge.

Econometrics – the use of complex statistics to buttress predictions – adds mystery to the panoply of degrees and prestigious titles granted to appropriate experts.

The entire Western world, from what we can tell, has been warped in this way, twisted to support a kind of futurology even when there is no credible evidence for it.

Economics and economists are not celebrated for the reasons that The Economist provides to us. No, they play an important role in propping up the idea that central bank prognostications are appropriate and feasible.

The reason for the modern celebration of the econometric economist has to do with the need for central bank credibility and the cultivation of acolytes that can provide it.

It is also a reason why certain kinds of economics are celebrated and others are not. Free-market economics, emphasizing human action, is antithetical to the idea of forward-looking prognostication. It is only with the advent of the Internet that people in large numbers began to discover Austrian economics and how real economics can be described and applied.

Real economics is free-market economics making use of the Invisible Hand of competition to describe the Way the World Works. Such people will be far better informed and able to make more realistic decisions than those who accept the current central banking paradigm, the meme of the "expert" and the idea that econometrics can foretell the future in any meaningful way.