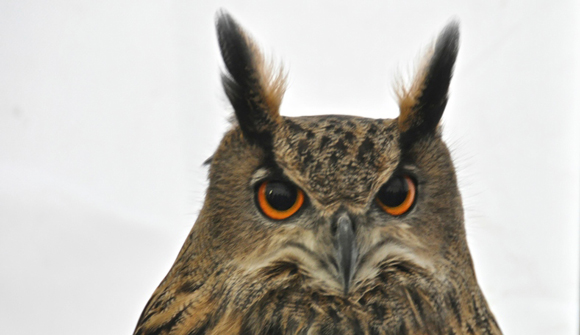 Breaking BRIC piggy banks … Since 2009 the word "austerity" has not been too far away from the lips of finance ministers across the globe. Deficits and debt-to-GDP ratios around the world surged due to the financial crisis, and it was felt that they were fast becoming unsustainable. Once the immediate danger of the global recession passed politicians across the globe rushed to reduce their budget deficits (often using, as an excuse, the publication of a now infamous paper written in 2010 by Carmen Reinhart and Kenneth Rogoff, suggesting that growth slows down in countries with debt-GDP-ratios of over 90%) … [But] trends in fiscal consolidation in the developed and developing worlds have diverged since 2011. Although primary deficits in advanced economies continued shrinking from 4.7% to 2.7% of GDP between 2011 and 2013, in the developing world they have started to increase again. – The Economist

Free-Market Analysis: The Economist is truly "the gift that keeps on giving" for an alternative news group such as ours.

We couldn't resist this article because it is so, well … fatuous. The Economist wants the BRICs to slow their monetary output and practice austerity. India, Russia and Brazil – especially Brazil, which is beset by a string of nationwide riots over corruption – need to practice responsible central banking policies.

The article makes the claim based on an IMF report that "deficits" in advanced economies have shrunk even while BRIC deficits have widened. This is somewhat hard to believe but The Economist article nonetheless bravely soldiers on, suggesting that BRIC central banks, unlike the Federal Reserve, apply tapering resolutely. Here's more:

… More worryingly, structural deficits have also increased again in both emerging-market and developing world economies since 2011. Although the IMF expects these to stabilise in 2014, it sees additional reductions as unlikely. Fiscal headroom, in particular, has decreased in emerging-market economies, including the so-called "BRICs".

This has, more often than not, been the result of external shocks rather than the result of deliberate policy choices. Lower than expected global growth rates in 2011 and 2012 reduced demand for their imports. Falling oil prices have hurt the budget positions of Russia and other oil-exporting countries, which have become increasingly reliant on high oil prices to balance their budgets.

Worries about tapering this summer caused capital flight from places like India, which further impaired growth (and nudged up interest rates) and pushed its fiscal deficit up to a forecast 8.5% for the 2013/14 fiscal year. Even countries that have looked prosperous over the last few years now seem a bit less healthy. Most strikingly, rising production costs in Brazil and China have lowered competitiveness and growth rates over the last few years. And since 2011 their economies have become increasingly reliant on deficit spending for stability.

… As problems in India this summer have shown, increased borrowing costs can quickly cause problems in an economy with little fiscal or monetary headroom. Although the decision of the Federal Reserve last month to delay tapering has given emerging markets time to breath, this will not last forever. … Putting the inevitable off may make reform later on much more painful.

Okay. The Economist warns that BRIC central bankers better not "put off the inevitable." But the idea that Brazilian and Indian central bankers are going to reduce money printing any time soon is a kind of ludicrous one. If the US hasn't done it, why should BRIC countries?

Russia is perhaps a special case, but Brazil, India and China are exceptionally dependent on monetary easing to ensure that their restless and often angry populations do not cause further instability. Here's something about Brazil, appearing over at the web portal ESSEC Knowledge:

Brazil Unrest: Should World Cup Advertisers be Worried? … Brazil is poised to host both the 2014 FIFA World Cup and the 2016 Summer Olympics, two of the biggest international events on the planet. The World Cup alone – now only 10 months away – is set to attract millions to the stands and be watched by billions on TV. Clearly, this is a golden marketing opportunity.

However, hosting both global events means that Brazil has had to spend vast sums of money – $31 Billon to prepare for the World Cup, a one-time event. This has provoked widespread anger over the rising cost of living, rising public transportation costs and poor quality education. Indeed, even though the government now has funds at their disposal, many Brazilians have not seen their day-to-day lives improve.

Some protesters have even subverted and appropriated advertizing slogans like Fiat's "Vem pra rua" (Come to the streets) and Johnny Walker's "O gigante acordou" (The giant has awoken). Is there credence to the idea that hosting a world sporting event – The World Cup or the Olympics – encourages development? What impact will these protests have on advertizing campaigns and brand behavior?

And here is something from Bloomberg about India:

"It's as if the world has come to a standstill," Buchi Babu Tanuku, who works with a local daily newspaper in the state, said by phone from West Godavari district. "Everyone's staying indoors as there's nothing much to do."

The standoff risks disrupting the power supply to an area about the size of Spain that holds 20 percent of the country's 1.2 billion people. The division will help Singh's Congress party win some seats in the newly created state of Telangana as it pushes to extend its nine-year rule, according to N. Bhaskara Rao, chairman of the New Delhi-based Centre for Media Studies.

"The situation is becoming worse as there is no leader there having some credibility to tackle the problem," Rao said. "This mess will not subside before the election. Protests will continue in one way or other."

We won't bother with an excerpt on China because we've already dealt many times with the delicate Chinese situation. There are something like 400 million rural Chinese who are unhappy with how the wealth has been distributed during this past boom. Chinese leaders are desperately trying to keep the economy stimulated so that it will create jobs for these lagging workers and farmers.

But with the collapse of Western demand, China has had to look inward for the inevitable consumerism necessary to maintain the engine of its commerce. It has seemed to us a fairly impossible task, despite regular Chinese reports that price inflation is controlled and growth continues at a rapid rate.

Even if reports from China are to be believed, the idea that Chinese monetary authorities will be in a position to "taper" any time soon strikes us as highly doubtful. We don't see any possibilities of tapering in Brazil or India, either.

One of the world's largest economies, Japan, is engaged in full-on Keynesian stimulation. The European Union is printing lots of money, too, though bankers there are being slightly more circumspect about it. In the US, the idea of a serious taper is colliding with the "dove," Janet Yellen (see lead story, this issue). The world is generally inflating faster and faster. It is more likely to face a generalized and unreasonable stock market boom combined with various asset bubbles than a rational and disciplined slow-down of monetary growth.

It sounds nice to write about central banking, discipline and "tapering" programs. But central bankers print money. That's what they do. Unknown to most, the world has entered another broadly stimulative phase. All around the world, central banks are pumping. The consequences, eventually, will be realized, and they will be as disastrous as before.

In the meantime, articles in The Economist and elsewhere will continue to offer up analyses that make central banks sound like rational – scientific – organizations. But there is nothing scientific about central banking, or what's going on now. Just watch … and wait.