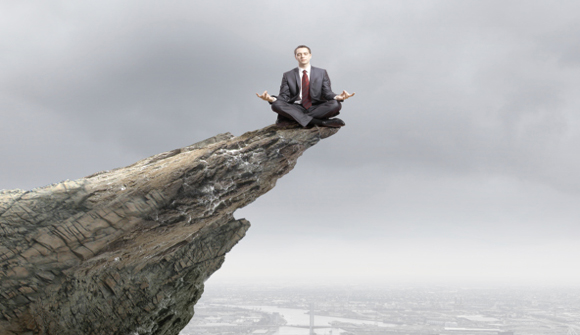 Nobel for Charles Barkley of Economics … If you could summarize Tirole's area of research in a single sentence, it would be about corporations. One might think that corporations are one of the easiest, most natural things for economists to study, but one would be wrong – in fact, many economists wonder why corporations even exist … Notice that Tirole's work on regulation defies the typical stereotype of what economists do. Many people think that economics is all about providing justifications for free markets, or assuming that businesses always do what's best for their shareholders. Tirole, instead, takes a more practical approach, dealing with businesses as they are, not as they should be, and recommending government intervention when such intervention could improve the situation. – Bloomberg

Dominant Social Theme: Anyone who wins a Nobel Prize in Economics is a genius.

Free-Market Analysis: Actually, as the article excerpted above points out – and as it has been pointed out to us numerous times – the Nobel Prize in Economics is actually the "Sveriges Riksbank Prize in Economic Sciences in Memory of Alfred Nobel."

The prize was obviously established to take advantage of the Nobel's reputation, though that reputation was a good deal more glowing in the 20th century than the 21st. The 21st century, in fact, has revealed what should have been obvious from the inception – that the Nobel advances various dominant social themes that globalists want emphasized and put into a positive light.

This was one of the reasons presumably that US President Barack Obama received the "Peace Prize" while barely in office – in order to provide additional "gravitas" to his diplomatic endeavors. But the precipitous award was mocked, especially on the Internet, and the result was likely the opposite of what was intended.

In fact, the Nobel is often a promotional exercise, from what we can tell. The Nobel in Literature was recently announced, and the winner was a French writer who has dedicated his life to keeping alive the memory of Nazi cruelties, especially to Jews. Now, all this may be true and necessary, but we would argue that these arguments have been made in great quantity, and that there are other writers and other preoccupations that might have warranted attention as well.

And likewise with the "Charles Barkley" of economics. It's hard to escape the notion that Jean Tirole was awarded the prize because of his specialty and because his approach to economics is a practical one, dealing with business "as it is."

Here's more from the editorial, written by one of our favorite Bloomberg columnists, Noah Smith:

… Tirole is an economics polymath. Bill Walton once said of Charles Barkley: "[He doesn't] really play a position. He plays everything. He plays basketball." Tirole is kind of like the Charles Barkley of economics, only without the politically incorrect commentary.

Only a few economists have both the mathematical chops and the sheer mental doggedness to try to slice through the jungle that is the modern U.S. corporation, but Tirole has both of these. The machete he wields is game theory. Game theory is very different from the typical econ theory you hear about – Adam Smith's "invisible hand" is nowhere to be found. Instead, game theory deals with strategic interactions, with smart people trying to bluster, wheedle, threaten and team up with each other.

That sounds a lot like working in a corporation. And it also sounds a lot like the way corporations interact with each other, and with the government. The work the Nobel committee finally decided to cite in Tirole's award was about the way that government should regulate firms in different kinds of competitive environments.

If you have a monopoly, that requires different regulation from an oligopoly, which in turn is different from a perfectly competitive situation. Things such as mergers and acquisitions require their own sort of regulation, as do cartels. Adam Smith warned darkly about cartels but it wasn't until the advent of game theory that we understood something about how to deal with them.

… The basic idea is that to understand how corporations finance themselves, you have to understand the strategic interactions among managers, shareholders, bondholders, customers, suppliers, employees, the government and others. If the Efficient Market Hypothesis — the idea that markets rapidly assimilate all information, making it hard for investors to profit – makes an appearance in Tirole's theory, it is only as a very bit player.

We'd beg to differ here. The thing to "understand" first of all is how the modern corporation came to be – and indisputably it is a creation of the Western judiciary. In the US, Thomas Jefferson and other agrarian republicans feared corporations so much that they purposefully left the matter of corporate creation to the states.

It was not until the late 1800s that corporations began to acquire characteristics that make them so ubiquitous and powerful today – chief among them "corporate personhood." It is corporate personhood that allows most civil lawsuits to be deflected to the corporate treasury – which pays the fine instead of the individual. Likewise, even criminal behavior can be settled with corporate payouts while those responsible continue in their positions.

Because executives are shielded by corporate personhood, corporations can grow bigger and bigger without countervailing checks and balances. One could certainly speculate that the multinational model wouldn't be viable were leaders held personally responsible for corporate actions.

Combine a lack of accountability with patent and copyright laws mandating that corporations have a protected right to intellectual capital and you end up with private leviathans that are just as arrogant and nearly as vast as various third-world governments.

But from what we can tell, Tirole explores none of this. His specialty is, we are informed, "the way that government should regulate firms in different kinds of competitive environments." More than this, the article crows, "Adam Smith's invisible hand is nowhere to be found."

Indeed, Tirole has substituted "game theory" for the Invisible Hand. This features "strategic interactions, with smart people trying to bluster, wheedle, threaten and team up with each other."

Now this makes a lot of sense in a horrible way: If government is to preclude the natural evolution of the marketplace and short-circuit how people interact with each other commercially and professionally, then people will indeed try to "bluster, wheedle and threaten." In fact, without the ability to create and offer superior products and services, nothing else is left but to "game" the counterparty.

This is one reason socialist and authoritarian states in their latter stages provide a kind of hell-on-earth for thinking people. We've often pointed out that it's nearly impossible to make a living and live an authentic life in such places. Inevitably, legal and regulatory corruption make it impossible for people to relate in a way that does not include pretense and dissembling.

There is nothing complicated about a free marketplace. People may indeed try to "game" each other in such situations, but it is not the only method that people may employ to generate an honest living. In fact, in many cases, "enlightened self-interest" may win out … in which case both sides may be seen as generating an equitable deal.

As a polymath, Tirole is presumably not interested in the fundamentals of free-trade and marketplace economics. He is applying his considerable brainpower to figuring out how to make the current system work better. And no doubt this is why Tirole received this year's economic "Nobel."

It is the dominant social theme itself that establishes modern realities. These themes are introduced via education and then repeated throughout one's existence. For those apt to speak out or act out, there is always the penitentiary.

The system is held to be inviolate, but it is not. Economists do us no service by accepting the system as it is and elaborating on it as their life's work. Austrian economics envisioned a better and freer paradigm that encouraged the compassionate model of human action. Real intellectual work is always at least a little subversive.

Endless warring, expanding poverty and political dissembling are hallmarks of modern regulatory democracy. It is a system in the process of falling apart. People like professor Tirole, as brilliant as he apparently is, do no one any service by spending their life propping it up.