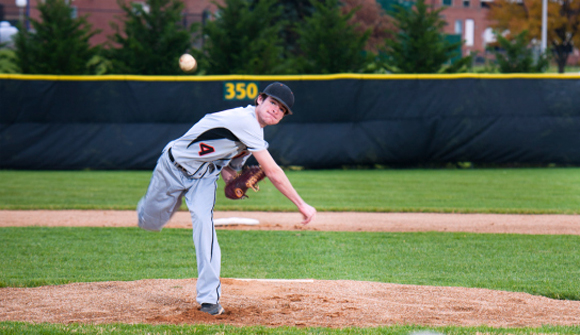 Small-Caps Double Dow in Signal Economy Gaining Speed … The smallest stocks are rallying almost twice as fast as bigger companies in the U.S., a bullish economic signal from businesses whose profits are most dependent on domestic demand. Shares of companies from Rite Aid Corp. to Teledyne Technologies Inc. in the Russell 2000 Index (RTY) have advanced 32 percent in 2013, compared with 19 percent for the Dow Jones Industrial Average. The spread is the widest for any year since 2003, according to data compiled by Bloomberg. Three of the last four times small-caps outperformed by this much, the economy grew faster the next year and stocks stayed in a bull market for another year or more, based on data from the past 34 years. – Bloomberg

Dominant Social Theme: It's up and up now. All the way.

Free-Market Analysis: In the other article in this issue, we indicated that the sociopaths running central banks were not going to be satisfied until they'd inflated markets far past where they've ever been logically or historically.

But there is one caveat to this scenario that Bloomberg is leaving out. And that is that the same people running this global casino have short-circuited the business cycle with their miserable manipulations.

Gold was never allowed to finish its bull run as it did in the 1970s, blowing off with high interest rates and a bull market in miners. The business cycle is half-finished but the top men running this thing are acting as if they've got a clean slate. The mainstream media is writing about 2013 as if it were 1982. But it's not. It's more like 1976.

And if you look at it that way, you've got to figure there's a lot of pain still to come.

When is a "recovery" not a recovery?

But you can always trust the mainstream financial media to give the bankers' side of the story. So you'll only hear what you're supposed to hear. The dialectic has been put in place for a reason. Here's more from Bloomberg:

Gains in smaller companies that are more dependent on U.S. growth show investors are betting the world's largest economy will pick up even after jobs growth slowed and the government shutdown weighed on gross domestic product. Smaller firms are surpassing analyst earnings estimates by more than Dow (INDU) companies and are forecast to grow faster next year.

"If you're focused on the U.S., and the U.S. is performing very well, then of course your revenues and earnings are going to be much better," Kully Samra of Charles Schwab Corp., which has $2.15 trillion of assets globally, said by phone Oct. 24 from London. "Other regions are at different stages of dealing with structural issues, and the U.S. has already dealt with them."

The average company in the Russell 2000 gets 84 percent of its sales from the U.S. and is valued at $972 million, compared with 55 percent and $152 billion for the Dow, data compiled by Bloomberg show.

The Standard & Poor's 500 Index climbed 0.9 percent last week to 1,759.77, its third straight advance, after a weaker-than-forecast jobs report spurred speculation the Federal Reserve will maintain stimulus. More than $2.3 billion went into exchange-traded funds that invest in U.S. equities Oct. 21 through Oct. 24. The iShares Russell 2000 ETF attracted almost $500 million, the second-most among about 500 funds, according to Bloomberg data. The S&P 500 rose 0.1 percent to 1,762.11 at 4 p.m. New York time today …

Small-caps have outperformed since the bull market began in March 2009, climbing 226 percent, compared with 138 percent for large-caps. Furniture store Pier 1 Imports Inc. (PIR) and Dana Holding Corp., a maker of car and truck axles, led the Russell 2000, advancing more than 11,000 percent each. The biggest gainers in the Dow during the period were American Express Co. with a 676 percent gain and Walt Disney Co., which rose 344 percent.

The advance in small companies has accelerated in the last four months, with the Russell 2000 rising 14 percent since June 30 compared with 4.4 percent in the Dow industrials. The gap is the biggest for any similar period since 1997, according to data compiled by Bloomberg.

"The main driver of small-caps is the cyclicality of the market," Patrick Moonen, who helps oversee about $240 billion as senior strategist at ING Investment Management in The Hague, said by telephone. "What are the economic prospects and how are risk aversion or risk appetite evolving? Both factors were clear tailwinds for small-caps so far this year."

Smaller companies usually climb faster at the start of a bull market, making them a proxy for future economic activity. The Russell 2000 was up 71 percent in the first six months of the 2009 rally, compared with a 46 percent advance in the Dow. This year's outperformance is occurring almost five years after stocks started rallying, signaling the economic recovery will accelerate from what has been the slowest rate since World War II.

Bloomberg also mentions that large cap stocks should follow small caps, if history provides any clues. But as we have pointed out consistently, this "recovery" seems to have truncated the larger business cycle.

We can't prove, for instance, that gold prices were manipulated down but there's certainly a lot of evidence, circumstantial and otherwise, that gold prices generally are responsive to forces other than the market itself on a regular basis.

The economy is more distorted than ever, with unemployment lagging while asset bubbles are already showing up in the property market. They're calling this a "jobless" recovery again, but it's worse than that. Even the jobs lost have not come back. You've already got what you can call stagflation between property bubbles and a lifeless employment market.

We remember 1982 and this is no 1982. Then, fiduciary excesses had been squeezed hard by high interest rates. We'd seen a rate peak and the resultant stock market boom was built on renewed easy money that ran all the way (with some interruptions) until 2000.

There's nothing like that this time around. There's been no gold miner blowoff. There's been no interest rate peak. We're still in the middle of a golden bull and an equity bear. And thus, they can run the stock market up hard via money printing but surely that's going to spark considerable price inflation and place a big gap between the real economy and the "money" economy.

So we're not certain that this bull market – if they manage to ignite it, and it looks like they will – is going to act like a normal market from a historical perspective. We figure the elements are in place for them to boost averages powerfully but this is still a kind of pre-op coronary patient … being kept alive by big infusions of adrenaline.

The JOBS Act is in place and the product is in the pipeline. The small cap and IPO markets are primed. Fracking promises cheap and plentiful energy – that's what they say, anyway.

Somebody's going to make an awful lot of money – and fast – if this market goes up as planned. (And they do seem to be planning it.) But it could go down again fast and hard. Timing will be important.

You'll have to find truthful prognosticators and valid products if you're going to play this game.

We recommend the new and improved Daily Bell and the High Alert Trends & Sector Report.