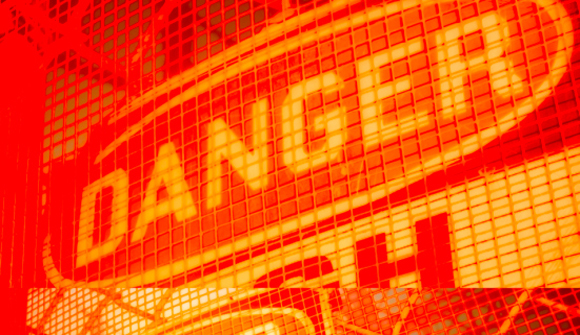 Even before the FBI identified new cyberattacks on two separate state election boards, the Department of Homeland Security began considering declaring the election a “critical infrastructure,” giving it the same control over security it has over Wall Street and the electric power grid. – Examiner

Usually we cover the dominant social themes of the elite, but the alternative media is currently making factual statements about yet hypothetical events with increasing volume.

There’s nothing wrong with “spreading the alarm,” when it comes to a myriad of elite destructive and even genocidal actions. However, the other day (here) we wrote that Hillary had not said she was going to shut down the Breibart news service, let alone the rest of the alternative media.

Quotes in the alternative media about what she said in fund-raising letter turned out to be just one interpretation. (Of course we do believe she intends to damage the alternative ‘Net media as best she can, but there are yet obstacles to overly-decisive action.)

Now the Internet is filled with articles explaining that the fedgov is going to take over the election process and the EU/OSCE is sending some 500 monitors to manipulate US elections. The alternative media all-but-exploded yesterday with these reports.

Forewarned is forearmed, of course, but the danger is that such information may be not be entirely accurate and cause people to act in rash and even precipitous ways. A steady course toward one’s goals is surely better than a panicked one.

When it came to the monitors, it seems the  current reports were generated by a US request from Hillary-oriented “civil rights” groups. (here). But as happened four years ago, their presence may be disputed by states like Texas and the level of control they will exercise doesn’t seem entirely clear, either.

But the Examiner reporters then scrutinized the Homeland website to determine what authority Homeland had over the election process and found areas where it had at least some jurisdiction. From this, the assertion was then made that Homeland could indeed embark on federalization.

We listened to the entire, hour-long Q and A with Johnson, and the specific statements regarding electoral federalization amounted to about 60-90 seconds and were vague at best.

Additionally, his reference to the thousands of separate jurisdictions handling voting across the country did not seem to us to be a veiled threat so much as a justification for additional Homeland support and involvement – which is surely different than promoting a thorough-going federal takeover.

The totalitarian dreadfulness of the inaptly named “Homeland Security,” should be obvious to anyone who subjects it to scrutiny. However, accuracy is important, too. And we continue to be of the opinion that absent war, the process of elite globalization will not take place in a single swoop. There are always complications.

It does not yet seem, for instance, to be a certainty that Hillary is going to win. Yesterday (here) we wrote about the possibility that Hillary could lose – or that this might even be intended – thus placing Donald Trump in office. The rationale would be to create a scenario that discredits Trump, nationalism and republicanism generally – at which point globalist solutions would look a good deal more palatable.

We’ve followed up on this elsewhere several times (here) as part of an emerging meme of populism versus nationalism.

The surprising Brexit win was an expression of populism, and Donald Trump’s current electoral progress is too. Even though we have suggested numerous times that Hillary, as a booster of genocidal elite technocracy, is the favored candidate, the idea of a meme discrediting populism by letting it play out (and letting Trump win) is a seductive one.

Perhaps the Brexit win is part of this larger strategy. Brexit achieved victory by a 52%-48% margin. We continue to have trouble with the concept that this victory, narrow as it was, was a simple triumph. In fact, Brexit has sparked a dissolution of the EU much as the election of Trump might spark similar chaos in the US.

Always the goal is international control based on the strategy of extracting “order” from “chaos.” But ordinarily the chaos is seen as emerging integrally as part of a larger societal dysfunction.

Alternative Internet reports don’t currently see it this way. Yesterday, the idea was clearly promoted that the idea is that “elites” are so panicked they intend to do whatever is necessary to shut Trump down, including taking over the Internet and the electoral process.

Such moves would seem to contradict the way elites have worked for the past 50-100 years, and even longer. Elite takeovers of institutions and nation-states worldwide have usually been accomplished gradually via what we call “directed history.” Of course, as well, acquisitions have occurred via military conquest but that’s not the issue here.

Consider this: Mainstream media around the world is controlled by a handful of owners. The manipulation of news via propaganda – what we call dominant social themes – has been extraordinarily successful in the past. One would think that inside or outside of office, Trump could be discredited at will as necessary.

Finally, it is not yet clear how far Homeland Security or even the UN is prepared to go to support “rigging” to achieve a Hillary victory. In fact, we wonder if they need to at all, given the documented ability of individuals to manipulate Diebold vote counts at long distance. Perhaps drama is outrunning reality at the moment.

We have often predicted that what we call the Internet Reformation will gradually erode elite control and there is nothing that can be done about it. But we distrust overly simplistic narratives regarding modern events of any kind, from elections to wars to economic evolution.

There are yet many elements to consider when regarding the US presidential election. Hillary may be destined to win for a variety of reasons, or perhaps Trump might win for reasons that are not immediately apparent – even to him.

There is even speculation that Hillary merely wants to hang on until she gets to the White House when she can turn control over to her supposedly Jesuit-trained Vice President. Or perhaps Hillary will step down because of her health and suggest Obama serve for another term.

One thing is certain. If fedgov simply takes over the US voting system and is then seen as creating a desired outcome, the resultant anger and frustration could degenerate into a kind of civil war in the US, as we’ve written here. If so, then an eventual outcome would turn out to be more imminent than we’ve expected. (Though one they’ve obviously desired.)

Conclusion: In any event, all these possibilities are reasons for you to take “human action” on your own behalf as regards your safety and prosperity and that of your loved ones. Don’t wait for the US to return to its previous freedoms. You are not an onlooker and reports concerning what’s going on may or may not be true. Presumably, you’ve decided to take action for your own benefit and that of those you cherish, so don’t panic or stray from your strategies. The waters of the current election are decidedly deep.

Apologies about yesterday’s problems with Disqus. You may leave comments for yesterday or today below.