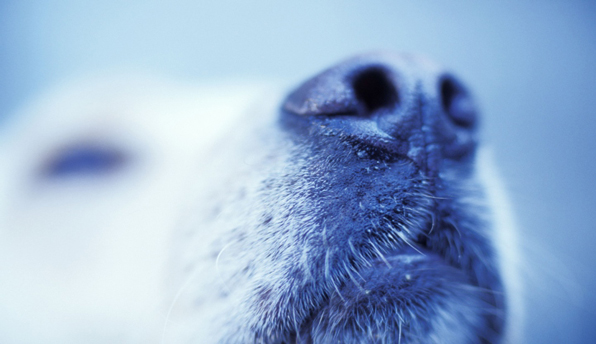 How to make the world $600 billion poorer … Barack Obama's unwillingness to fight for free trade is an expensive mistake … In July 2008, Barack Obama, then a candidate for the presidency, declared before an adoring crowd in Berlin that "true partnership and true progress [require] constant work and sustained sacrifice." So it is with free trade. If not championed by leaders who understand its broad benefits, it will constantly be eroded by narrow economic nationalism. Mr Obama now appears to be surrendering to protectionists within his own party. – The Economist

Dominant Social Theme: Free trade is the best and this fellow Barack ought to get with the program.

Free-Market Analysis: The power elite does not take kindly to political interference with one of its most sacred causes – so-called free trade.

We say "so-called" because the kind of free trade being practiced by nation-states these days is anything but "free." Each modern free-trade agreement comes attached to many thousands of pages of "fine type" that makes such agreements "managed."

And even more problematic, these agreements are written in part for the world's multinational corporations – titanic companies that would not exist without corporate personhood. Absent the force of the state propping up these corporations, they would subside into limited partnerships.

Within this context, it's a miracle that entrepreneurial startups take place and succeed. But some always do, mostly when a niche market is discovered that the giants have not yet swallowed up for one reason or another. The nascent marijuana industry – as we have been covering – looks to be one of these.

These occasional opportunities are anomalous. The real thrust of the world's economic diplomacy is "managed trade." And this Economist article – bearing in mind The Economist is partially owned by one of the most powerful banking interests in the world – can be construed at least as a veiled warning to Barack Obama that he ought to be more aggressive about the issue.

If he cannot drag Democrats back to their senses, the world will lose its best opportunity in two decades for a burst of liberalisation. It will also be a signal that America is giving up its role as defender of an open global economy in the same way that Mr Obama has retreated in foreign policy.

Mr Obama did little to promote free trade during his first term, but has seemed bolder in his second. He launched America into ambitious new deals with large Pacific economies and the European Union, breathing new life into global trade talks. Momentum built up; the "constant work and sacrifice" paid dividends.

… Tactically, even a short delay could prove fatal to both deals. Pacific negotiations have been extended while America and Japan hammer out compromises on agriculture. Why should Japanese politicians risk infuriating their farmers when any agreement can be torn up on Capitol Hill?

The deal with the EU was meant to be done swiftly—perhaps in as little as two years—to keep politics from mucking it up. Europe's leaders will now doubt America's commitment, given how feebly Mr Obama has fought for fast-track.

… And for this Mr Obama deserves some blame. He is far more ardent in bemoaning inequality than in explaining why an American retreat from the world would be the wrong way to address it. He seldom mentions, for example, that cheap imports help the poor by cutting their shopping bills, and so reduce inequality of consumption.

It's not a zero-sum world There is nothing inevitable about globalisation. Governments have put up barriers before—with disastrous consequences during the 1930s—and could do so again. So it is alarming when America, the mainstay of an open global economy, gives off isolationist signals.

Do you detect a sustained if low-key note of irritation in this text? This unusual Economist article seems a bit more pointed than most, almost like a message. Three observations …

First, that the internationalist community is panicking – at least a bit – that things are not moving as fast as they ought to. "There is nothing inevitable about free trade," according to the article. That's a comforting thought for us, but not to The Economist.

Second, we note the statement, "Mr Obama did little to promote free trade during his first term." Does this perhaps put Obama on notice? He is said to be doing more in his second term but the tone of the article is decidedly unenthusiastic and even disapproving.

Finally, the article states that it is "alarming when America … gives off isolationist signals."

This is especially strong language. Using code words, The Economist is seeking the reversal of the republican trend that began with Ron Paul and the tea party and has only increased in strength since then.

This is at least a yelp in anger and one Obama might do well to consider seriously. From what we understand, when Richard Nixon (possibly) ignored the growing irritation of the banking community regarding free trade, he soon found himself in front a helicopter waving farewell.

This isn't our conclusion. Here an excerpt from a "revisionist history" of Nixon's rise and fall by Will Banyan:

… Nixon and Kissinger actually broke with the Eastern Establishment's by then crumbling Cold War consensus. An analysis of their words and deeds while in power reveals that they took advantage of Establishment divisions to decisively reject the compromise with the liberal internationalist faction and pursue their own agenda.

Instead of putting their faith in international institutions and free trade, Nixon and Kissinger sought to protect US national interests, as they perceived them, through a policy of secretive Realpolitik … Under Nixon's leadership … the [framework] liberal internationalists had been patiently constructing since 1945, was subject to its first serious internal challenge.

In time, though, the Nixon Administration's decidedly uncompromising Realpolitik was to become a galvanising force for Eastern Establishment, leading to the emergence of a truly transnational elite and a radically revised agenda …

We have no idea whether the dissatisfaction noted in this article will spill over into action, as it apparently did with Nixon and then with Bill Clinton. But US presidents are a great deal more beholden to globalist agendas than they are to national goals and objectives, in our view.

This is yet another sign that the power elite is expecting more of Obama than he is delivering. No wonder his hair is graying.