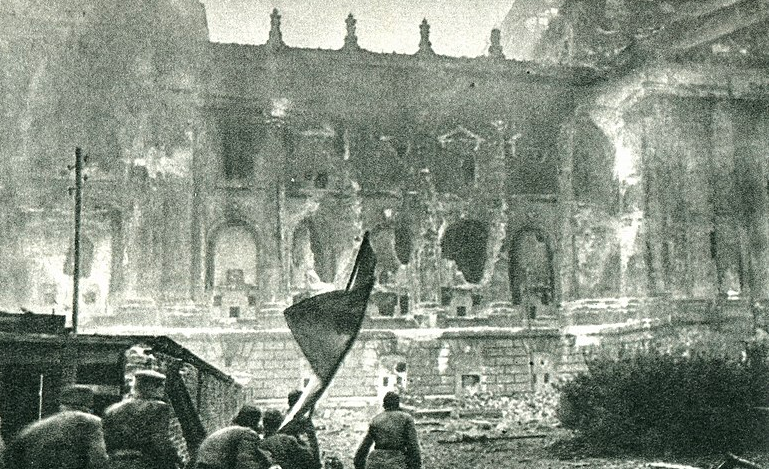 “Those who do not remember the past are condemned to repeat it.”— George Santayana

Watch and see: this debate over police brutality and accountability is about to get politicized into an election-year referendum on who should occupy the White House.

The Deep State, the powers-that-be, want us to turn this into a race war, but this is about so much more than systemic racism. This is the oldest con game in the books, the magician’s sleight of hand that keeps you focused on the shell game in front of you while your wallet is being picked clean by ruffians in your midst.

It’s the Reichstag Fire all over again.

It was February 1933, a month before national elections in Germany, and the Nazis weren’t expected to win. So they engineered a way to win: they began  by infiltrating the police and granting police powers to their allies; then Hitler brought in stormtroopers to act as auxiliary police; by the time an arsonist (who claimed to be working for the Communists in the hopes of starting an armed revolt) set fire to the Reichstag, the German parliamentary building, the people were eager for a return to law and order.

That was all it took: Hitler used the attempted “coup” as an excuse to declare martial law and seize absolute power in Germany, establishing himself as a dictator with the support of the German people.

Fast forward to the present day, and what do we have? The nation in turmoil after months of pandemic fear-mongering and regional lockdowns, a national election looming, a president with falling poll numbers, and a police state that wants to stay in power at all costs.

It’s entirely possible that Americans have finally reached a tipping point over police brutality after decades of abuse. After all, until recently, the legislatures and the courts have marched in lockstep with the police state, repeatedly rebuffing efforts to hold police accountable for official misconduct.

Then again, it’s also equally possible that the architects of the police state have every intention of manipulating this outrage for their own purposes.

It works the same in every age.

Here’s what is going to happen: the police state is going to stand down and allow these protests, riots and looting to devolve into a situation where enough of the voting populace is so desperate for a return to law and order that they will gladly relinquish some of their freedoms to achieve it. And that’s how the police state will win, no matter which candidate gets elected to the White House.

You know who will lose? Every last one of us.

Listen, people should be outraged over what happened to George Floyd, but let’s get one thing straight: Floyd didn’t die merely because he was black and the cop who killed him is white. Floyd died because America is being overrun with warrior cops—vigilantes with a badge—who are part of a government-run standing army that is waging war on the American people in the so-called name of law and order.

These warrior cops may get paid by the citizenry, but they don’t work for us and they certainly aren’t operating within the limits of the U.S. Constitution.

This isn’t about racism in America.

This is about profit-driven militarism packaged in the guise of law and order, waged by greedy profiteers who have transformed the American homeland into a battlefield with militarized police, military weapons and tactics better suited to a war zone. This is systemic corruption predicated on the police state’s insatiable appetite for money, power and control.

This is the new face of war, and America has become the new battlefield.

Militarized police officers, the end product of the government—federal, local and state—and law enforcement agencies having merged, have become a “standing” or permanent army, composed of full-time professional soldiers who do not disband.

Yet these permanent armies are exactly what those who drafted the U.S. Constitution and Bill of Rights feared as tools used by despotic governments to wage war against its citizens.

American police forces were never supposed to be a branch of the military, nor were they meant to be private security forces for the reigning political faction. Instead, they were intended to be an aggregation of countless local police units, composed of citizens like you and me that exist for a sole purpose: to serve and protect the citizens of each and every American community.

As a result of the increasing militarization of the police in recent years, however, the police now not only look like the military—with their foreboding uniforms and phalanx of lethal weapons—but they function like them, as well.

Yet militarized police armed with weapons of war who are allowed to operate above the law and break the laws with impunity are definitely not making America any safer or freer.

Militarism within the nation’s police forces is proving to be deadlier than any pandemic.

The problem, as one reporter rightly concluded, is “not that life has gotten that much more dangerous, it’s that authorities have chosen to respond to even innocent situations as if they were in a warzone.” Consequently, Americans are now eight times more likely to die in a police confrontation than they are to be killed by a terrorist.

Making matters worse, when these officers, who have long since ceased to be peace officers, violate their oaths by bullying, beating, tasering, shooting and killing their employers—the taxpayers to whom they owe their allegiance—they are rarely given more than a slap on the hands before resuming their patrols.

It’s happening all across the country.

This is how perverse justice in America has become.

Even when the system appears to work on the side of justice, it’s the American taxpayer who ends up paying the price. Literally.

Deep-seated corruption of this kind doesn’t just go away because politicians and corporations suddenly become conscience-stricken in the face of mass protests and start making promises they don’t intend to keep.

As I explain in my book Battlefield America: The War on the American People, we need civic engagement and citizen activism, especially at the local level. However, if it ends at the ballot box without achieving any real reform that holds government officials at all levels accountable to playing by the rules of the Constitution, then shame on us.