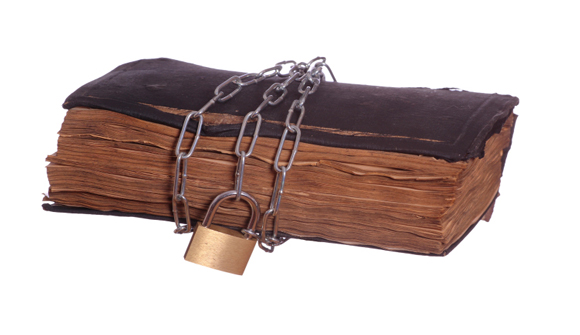 Release the Senate Torture Report … A dozen years after the attacks of Sept. 11, 2001, the American public still doesn't know the full extent of the laws that were broken and the human rights abuses that were committed. Moving forward as a country demands taking responsibility for past actions and providing redress to victims. And that process can only take place after a full public accounting of what happened. – Human Rights Watch/Politico

Free-Market Analysis: The only trouble with this kind of mea culpa is that nations really don't exist. And this is especially true at the top of the federal government where powerful factions compete for clout and funding. It's a blood sport and losing can be serious, indeed, potentially costing one freedom and even occasionally one's life.

It is indeed a kind of ancient Rome and as the Internet in part reveals more clearly how politics at the top of the most powerful country in the world works, the realization gradually strips away memes about God and country and leaves us with the ugly, naked truth: Government is nothing but a kind of desperate power grab and the real power resides "behind the throne" with a banking elite determined to drive further globalism via intimidation and even terror.

This sort of viewpoint is important when dealing with such issues as a "torture report." From what we can tell, the report provides a further dialectical tool that will be helpful in enshrining various forms of torture as "business as usual." We will explain in a moment. First, some more from the article:

This week marks the one-year anniversary of the Senate Select Committee on Intelligence's adoption of a sweeping 6,300-page study detailing the CIA's post-9/11 detention, rendition, torture and interrogation program. But the public has yet to see one word of it. That's because, even though it deals with some of the most important and contentious issues this country has grappled with in recent years, the entire report remains classified.

Here's what we do know about the report: First, it is almost certainly the most exhaustive, detailed investigation of the CIA torture program to date. The committee spent more than three years researching the program, including reviewing six million pages of documents. Second, according to senators who have seen it, the report includes a damning indictment and repudiation of the longstanding claims that torture and ill treatment led to accurate and actionable intelligence.

Sen. John McCain (R-Ariz.) said the report "confirms for me what I have always believed and insisted to be true – that the cruel, inhuman, and degrading treatment of prisoners is not only wrong in principle and a stain on our country's conscience, but also an ineffective and unreliable means of gathering intelligence."

A similar sentiment was expressed by Sen. Dianne Feinstein (D-Calif.), who heads the intelligence committee. Feinstein said she believes the report "will settle the debate once and for all over whether our nation should ever employ coercive interrogation techniques such as those detailed in this report."

Furthermore, the report contradicts the notion that such techniques led to the finding of Osama bin Laden's courier and instead suggests that "the CIA detainee who provided the most accurate information about the courier provided the information prior to being subjected to coercive interrogation techniques," according to Sens. Feinstein, McCain, and Carl Levin (D-Mich.).

And according to Sen. Ron Wyden (D-Ore.), the report details how "the CIA repeatedly provided inaccurate information about its interrogation program to the White House, the Justice Department, and Congress." This was later confirmed by Stephen W. Preston, former CIA general counsel, who, during the confirmation process in August to become the general counsel for the Department of Defense, sent written responses to questions from Sen. Mark Udall (D-Colo.) about the report, writing that the CIA's "briefings to the Committees included inaccurate information related to aspects of the program of express interest to Members."

We've quoted at length because this is how disinformation is disseminated in the 21st century, not in grainy propaganda reels but within a government context offering an official imprimatur. It certainly sounds official. A 6,500-page study of the CIA must be a significant achievement. But in reality it is a boundary line.

The debate is to be presented on behalf of Congressmen like Dianne Feinstein, Carl Levin, John McCain and others directly involved in every aspect of the War on Terror from inception. Already we can see these individuals and others positioning themselves as shocked – shocked – by the revelations about the CIA, secret renditions, torture, etc.

The debate over the release of this document shall be a great show, of course. But all of Washington DC is compromised when it comes to the War on Terror, its outcome and aftermath. There is plenty of evidence, for instance, that Al Qaeda was initially organized by the CIA just as there is a good argument to be made that Osama bin Laden died years ago.

But the CIA report and other such offerings are meant to provide discipline for the dialogue. They represent a place beyond which the debate shall not go. And they provide cover for those who have been the most culpable from a political standpoint when it comes to what is about to be revealed.

Thus, we can see that what looks like a step toward transparency is actually a way of controlling the rhetoric and ensuring the truth does not advance beyond a certain point. When it comes to politics, it is ever thus.