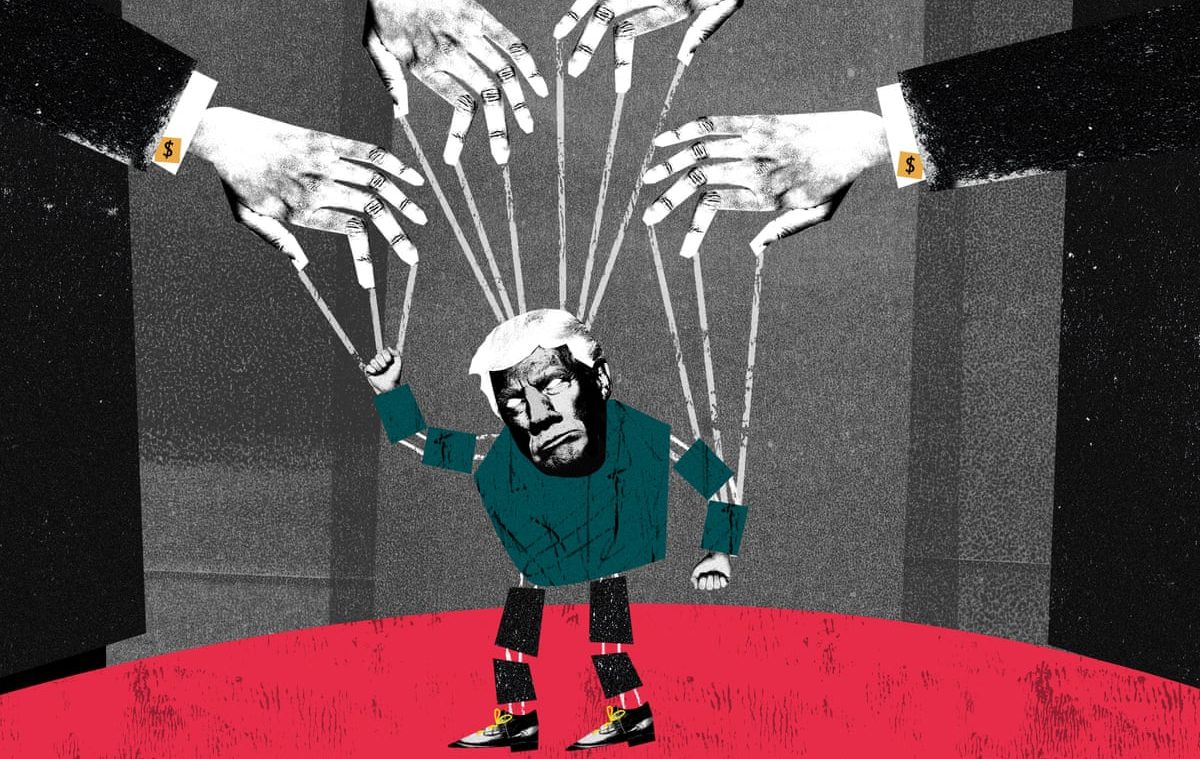 Various factors explain the illogical two-party duopoly, all of them disastrous for the future prospects for a healthy planet. Chief among these explanations is that the respective parties — and the finger-in-the-wind politicians that comprise them — rarely hold any moral convictions that can’t be remedied with cash.

As he or she has no moral fortitude on which to rely but does possess a wealth of personal ambition, the run-of-the-mill politician can be bullied and bribed into holding just about any position with remarkable ease.

And it turns out rearranging a US politician’s legislative priorities is shockingly, phenomenally cheap.

Streetwalking prostitutes can make more in an hour if they hustle. Public-sector entrepreneurs can purchase a member of Congress for as little as $300.

Once bought, politicians go to work on behalf of their new sponsors.

Their political postures shift with the wind as they hold a separate public and private opinion simultaneously. Their careers are largely a balancing act between misrepresenting their views to voters (public) while quietly pursuing the agendas of their sponsors behind the scenes (private).

Although they epitomize the Swamp, Clinton and her husband are by no means exceptions to the DC rule. They all lie — oaths of service be damned — as often as possible to as many marks as possible. They lie until there is no one left to lie to.

As the rapper Biggie Smalls put it, “cash rule everything around me.” The gangsta rap ethos lives in the hearts and souls of American politicians from coast to coast.

Their cuckoldry to power is a prerequisite for the job; the deeper they bend the knee, the faster they climb the party hierarchy.

Zero, as in none. Your ideology is not the ideology of your elected leadership and they don’t care what you think about how what is theoretically “your” government should be run. The statistical jury is in; this is the reality of the political ecosystem in 2020. 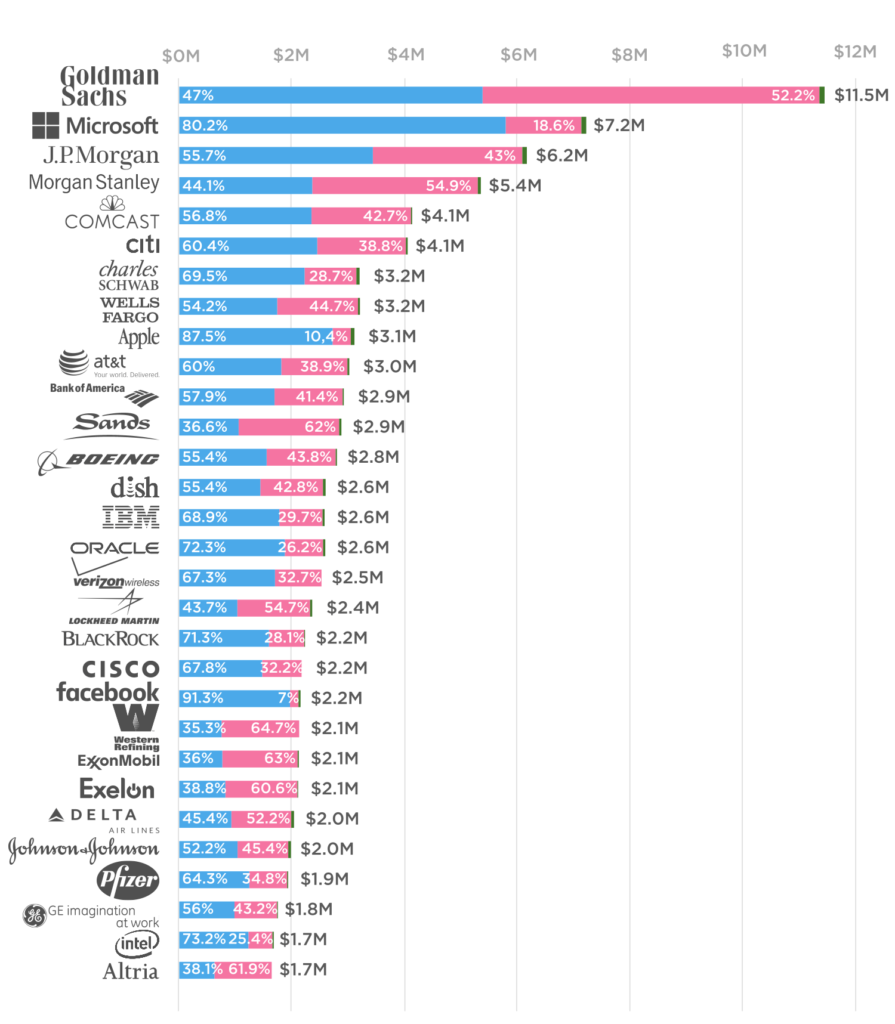 The totally crooked nature of American political machinery serves to explain in part the fundamentally unconservative nature of the allegedly conservative Grand Old Party, the GOP.

Why has every republican president since Reagan racked up insurmountable budget deficits? Why do they inflate already-bloated police and military budgets every fiscal cycle?  Why do they greenlight the wanton destruction of the environment?

GOP politicians, Donald Trump chief among them, principally serve American Empire, not the people. Never mind the rhetoric; politicians’ obligatory public utterances have for eternity been void of substance.

Career politicians, GOP and non-GOP alike, have no abiding moral convictions aside from the stern belief that they enjoy the perks of holding elected office and deserve more power.

Most are so thoroughly mediocre that politicianhood is their only real shot at “making it.” So they do what they have to do to stay in the good graces of power.

Elite multinational corporations – by far the biggest polluters on the planet – sit at the helm of American Empire. They direct its ideological worldview and subsequent propaganda dispensed through the corporate media from on high.

Such explains why corporate news actors at CNN shamelessly tut-tut Nebraska corn farmers for driving a pickup truck while tip-toeing around criticism of the entities that churn out 71% of the world’s greenhouse gases.

Corporate directors are experts at offloading their operational costs onto the public a la the publicly-funded, privately-profitable corporate socialist business model. In spirit of the corporate ethos, they foist the costly biproducts of their activities onto the American public to manage and call them “externalities.” All the profits of industry are retained in the private hands of the owner class while the costs are distributed equally. Some might call the arrangement “reverse” socialism. 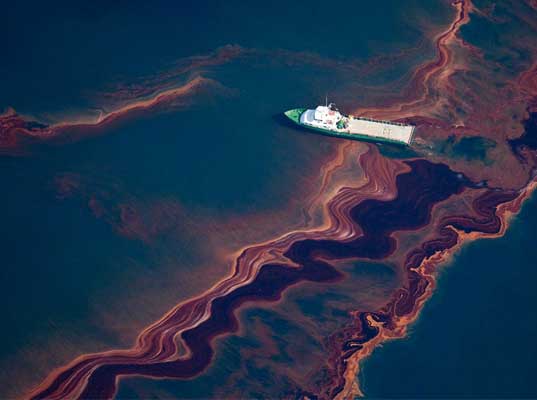 High-priced lawyers on the corporate dole have negotiated premium legal arrangements with the government to protect their employers’ interests. The truly perverse result is that the government functions as a wholly owned subsidiary of the same businesses that it is theoretically tasked with regulating.

One hand washes the other: corporations make campaign donations (read: investments) on behalf of their servants in elected office. In return, politicians push legislative agendas that exonerate corporations from responsibility for the harm they wreak on the world at large.

The cycle continues, election after election, ostensibly until nothing remains but a state run entirely by and for corporate power.

All of this informs a nuanced understanding of how environmentalism become a “liberal” value.

The ideological landscape looked remarkably different in past epochs. Some of the most iconic republican presidents – Teddy Roosevelt chief among them – championed the conservative cause of environmental preservation.

In a bygone era — before Citizens United opened the flood-gates for legal cash bribes to politicians – some politicians still exercised a modicum of personal integrity. 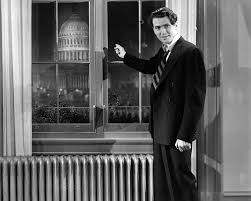 When Mr. Smith went to Washington in the early half of the 20th century, the uniquely American mythology of the “citizen-civil servant” in the grand old experiment of self-governance was still alive and well in the imaginations of the American middle class.

As the white middle class enjoyed the fruits of the industrial revolution that they were allowed to taste, they sought to conserve what they had – hence, they were conservatives. The goal became to maintain what is good and decent.

The corporate interests that own the politicians and the talking heads in the media have perverted what conservatism means beyond recognition. Despite his flag lapel and goofy patriotic graphics, Sean Hannity is not a conservative, nor is he going to save anyone from environmental catastrophe.

Regular Americans need not contort their own worldviews to the whims of the owner class. Environmentalism is a conservative ideology.