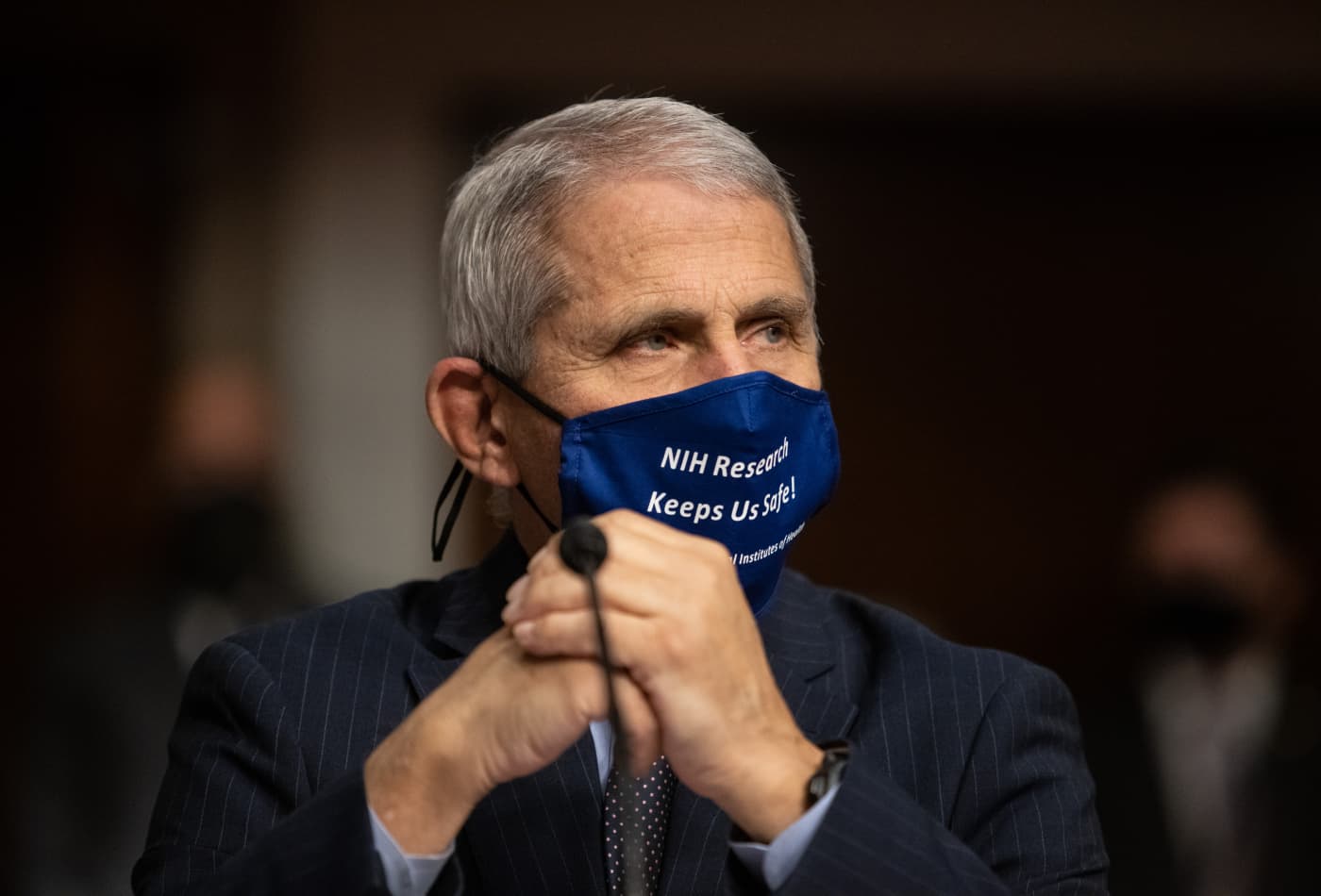 STAFF NEWS & ANALYSIS
Erase the Face: How to Dehumanize an Entire Population
By Ben Bartee - January 07, 2021

Following the quasi-coup by Donald Trump against the ruling class in 2016, Team Biden/Harris prepares to re-establish the ruling class’s firm control over the US population from their perch atop the executive branch.

The peasants, in their view, have been allowed too great leniency to direct their own lives under the Trump regime. Like a virus, the holdover Enlightenment idea that the average citizen has the autonomy to determine what he or she wears has festered far too long. 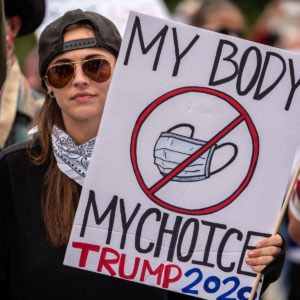 “President-elect Joe Biden on Thursday said he has asked the nation’s top infectious disease expert, Dr. Anthony Fauci, to become his chief medical adviser and said he plans to call on Americans to wear masks for the first 100 days of his administration.”

The hostage-taking by the American Empire’s medical department extends well beyond mask mandates.

During an interview with CNN news actor Jake Tapper last month, Fauci issued a low-key threat to the American public that they can never hope to regain a modicum of normalcy in their lives without submission to mass vaccination:

“We have to get people to take the vaccine. So, if we get the overwhelming majority of people taking the vaccine, and you have, on the one hand, an effective vaccine, on the other hand, a high degree of uptake of the vaccine, we could start getting things back to relative normal as we get into the second and third quarter of the year.”

The third quarter of 2021 begins in June; Fauci is advocating for at least another six months of social isolation in a nation whose population, at this point, is on economic and social life support.

In the eyes of the propagandized left and the social engineers who direct their perceptions, wearing a mask at all times in public is now a performative gesture of an individual’s social merit – the idea being that those who wear masks care about their neighbors, whereas anyone who questions the orthodoxy is selfish.

Check out Tess on Twitter with the tagline “wear a mask, please and thank you.” 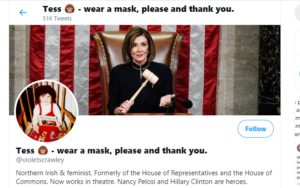 Tess is a Northern Irish feminist who works in “theatre,” spelled with “re” instead of “er.” Nancy Pelosi and Hillary Clinton, two of the most corrupt and moral-free political leaders in world history, are her heroes.

Unsurprisingly, Tess feels so strongly that everyone needs to wear a mask that she advertises it in bold on her social media profile.

Chef Jose Andres, a Citizen of the World (unnecessarily capitalized) wants you to wear a mask “for the world” (whatever that means). 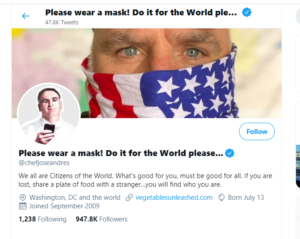 The lobotomized response that Chef Jose hopes to produce in visitors to his Twitter page is: “How deep. You’re, like, a Citizen of the World, bro, AND you wear a mask for it. Because you care.”

New York Times author Wajahat “Wears a Mask Because of a Pandemic” Ali wants everyone to know that he is fully woke on masks as well. 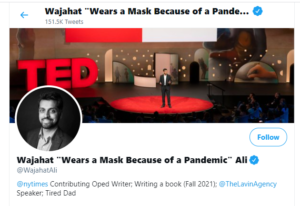 This comes as no surprise. Wajahat’s writings are a treasure trove of banal virtue signaling from an East Coast elite media personality.

As a Pakistani, Wajahat’s bio reads that “he’s often had the power and responsibility of being the cultural ambassador of an entire group of people, those who are often marginalized, silenced, or reduced to stereotypes.”

Incidentally, somehow, it seems unlikely that Wajahat has ever extended the same concern for the welfare of the marginalized and stereotyped Midwestern corn farmer or unemployed steel worker; their skin tones aren’t lit in social justice circles.

All that to say: Wajahat, Jose, and Tess insist that everyone who visits their social media profiles gathers – immediately and conclusively — that they are on the right side of history.

If you live in a cosmopolitan bubble 2020, that means the tireless promotion of mask-wearing for social approval – free of data or any evidence and heavy on posturing and rhetorical shaming — in addition to the routine nods to fighting systemic racism or whatever.

All of this begs the question: What motivates so many Twitter users to advertise their mask use so prominently that it’s featured in bold at the top of their social media accounts?

In short, they think that they will earn social credit through vapid and effortless amateurish social media propaganda. This is the same type of virtue signaling seen in rainbow-themed profile pictures and adults who wear pink pussy hats at pro-choice rallies.

Humans are social creatures, evolved psychologically to incentivize conformity to the group for survival purposes. Consequently, we award conformity for altruistic (non-selfish) purposes with social praise.

The social engineers understand this behavior-reward social dynamic and use it to manipulate their targets (you and me) into submission.

Consider this excerpt from a recent Vox piece by Shai Davidai, a supposedly impressive “assistant professor in the management division of Columbia Business School with expertise in the psychology of judgment and decision-making”:

“This is a key lesson for Biden and for governors who seek to enforce conformity to help protect people from a deadly virus. They should emphasize that sometimes conformity takes courage. This point should be made loud and clear: In the battle against Covid-19, the courageous and commendable thing to do is to put other people first… When adhering to simple safety measures can save tens of thousands of American lives, wearing a mask is not an act of blind obedience, it is an act of patriotism.”

Instead of explaining the purported benefits of wearing a mask in measured terms to adults who will ultimately make the decision to wear one or not, the social engineers instead reflexively turn to their go-to strategy for achieving all of their goals: manipulation, appeals to empathy, and, somehow, even calls to patriotic heroism.

The machine just marches on.