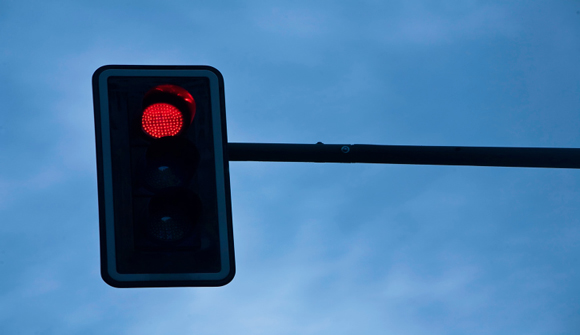 UK fracking ambitions threatened by EU warning over methane emissions. The EU authorities have opened a new front in efforts to clamp down on shale gas, warning that the carbon footprint from methane emissions may be high enough to call into question the whole future of fracking in Europe. – UK Telegraph

Dominant Social Theme: Without Brussels, would the world burn up?

Free-Market Analysis: The debate over energy – specifically oil – is surely a kind of directed history. If we understand the memes and themes, and how they interact, maybe we can come to a conclusion about the future of oil and its availability in the near future.

First, some background. There is no doubt that oil has been one of the world's most manipulated commodities. Previously, we reported on research revealing that oil magnate John D. Rockefeller had dispatched top men to Europe to participate in a chemical conference in the late 1800s. The men came home and solemnly explained to Rockefeller what he wanted to hear, that the chemical composition of "life" and the chemical composition of oil were similar.

And thus was born the charade that oil was the product of decayed dinosaur bones and, being biological, must inevitably run out.

Today, thanks to Internet reporting in the alternative media, we know that oil, natural gas, etc. are more likely abiotic than not. Oil wells gradually fill back up in some cases and the Russians have reportedly increased reserves via deep drilling that taps the underground geological processes manufacturing much of the oil.

Oil, like so many other commodities, is surely subject to deliberately crafted resource scarcity memes. We are not surprised that the current fracking technology that has apparently doubled potential oil reserves is being subject to a ferocious counterattack.

"Methane is a much more powerful greenhouse gas than CO2," said Jos Delbeke, director-general of the European Commission's climate divisions. "The level of methane emissions tilts the balance for or against the development of shale: it is the central issue. We don't want to copy and paste what happened in the US. We will do things differently in Europe," he told the Daily Telegraph.

Mr Delbeke said drilling firms will have to come up with plans to track methane emissions or face EU legislation forcing them to do so. "Either the companies put it on the table or a regulation is going to come at the European level," he said.

The Intergovernmental Panel on Climate Change (IPCC) says methane is 86 times more damaging than CO2 over a 20-year period, and risks triggering a dangerous "feedback loop" for global warming. Mr Delbeke's warnings come as Brussels draws up its framework law for shale by the end of the year, shaping rules that could make or break the industry in Europe.

A tough code risks a cathartic showdown with Britain just as the country gears up for a referendum on EU membership. Any sense that Brussels was obstructing the UK's economic revival could prove the last straw for many voters.

Britain has no veto on EU environmental laws, which are decided by "qualified majority vote" and are often used as a backdoor way to override national energy policy. Adding to the concerns, euro MPs voted for an amendment this week that obliges frackers to carry out environmental audits, even at the exploration stage. "The key point is that this covers every phase and every site, however small," said Andrea Zanoni, an Italian Green MEP and author of the text.

… The Commission itself is divided. Industry Commissioner Antonio Tajani is pushing for light-touch rules, warning of a "systemic industrial massacre" in Europe unless energy costs are brought down to nearer US levels. "We need a new energy policy. We have to stop pretending, because we can't sacrifice Europe's industry for climate goals that are not realistic," he said last month.

Liberal Democrat MEP Chris Davies said the EU elites are waking up to the danger of a quixotic energy policy that renders Europe uncompetitive. "There are now a lot of people who know we can't afford to handicap Europe's recovery, and that it makes no sense to import gas from Russia," he said. EU spokesman Joe Hennan said Brussels had been flooded by 13,000 submissions on shale gas. "There is a lot of concern that fracking may be dangerous. There is no question of us banning shale but we have to know what the risks are," he said.

Is this a form of directed history, dear reader? It seems so to us.

First, the oil industry from its earliest days conspired to reinforce the meme that oil was rare and in danger of running out.

And now the top elites that organized the initial dominant social theme are using another – global warming – to regain control of the oil market.

The question this raises for us is why fracking was allowed to become popular to begin with. Our position is that fracking technology has been available for decades, and its recent rollout is questionable, to say the least. But we grope for a reason beyond the technology …

We've suggested that its implementation was in part to destabilize the petrodollar to facilitate the creation of a world-currency such as the bancor. If oil is seen as generally available, then the dollar itself – which depends on Middle East control of oil – shall likely be destabilized as well. Yet the EU's stance regarding fracking is itself no surprise to us. The power elite always seeks to control and constrain resources – even when that same elite is attempting to roll out a new technology.

All the basic resources that sustain life – energy, food, water, even shelter – are subject to artificial constraints. There may be more of them or less of them but it is a certainty that some sort of justification will be found to regulate their volume and availability.

What makes the EU's latest gambit especially rich is that Eurocrats are relying on UN/IPCC pontifications in order to create energy policy. This is the same IPCC that was caught several years ago treating speculative alarmist articles by 20-something journalists as scientific texts that demanded international action.

Embarrassed, the IPCC backed down and admitted its exaggerations. But now this august body is back with another 1,000-page screed that demands further action on global warming, even though the world has not apparently heated up one bit for about 16 years.

So what does the IPCC say in response? The hiatus has to last 32 years before it is considered statistically significant!

And in the meantime, apparently, shale oil shall be regulated based on the non-existent threat of global warming and the possibility that this non-condition shall be aggravated by the methane that shale oil supposedly produces.

Oil is now being subject to two equally fictitious memes: one that it is scarce, and the other that new technologies to develop it threaten to burn up the world.

We question how long Western culture can continue to legislate using such obviously manipulative narratives. Societies do collapse, mostly because those who live in them no longer believe the fundamental constructs around which they have built their lives. Is that what will happen to the West?