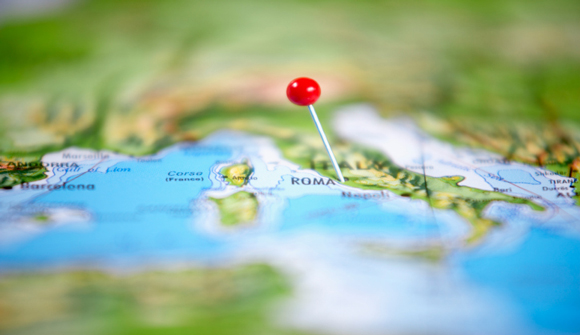 EU Apathy: Leaders Fail to Make Progress at Summit … This week's European Council summit was sidelined by new accusations of US spying in Europe. But despite the distraction, it's clear EU leaders have deferred plans for greater integration, and lack the political will to address pressing concerns like migration. Ahead of talks in Brussels this week, European Union leaders said they planned on tackling some tough issues. But as the event drew to a close on Friday, it was clear they had failed to push ahead with their once-bold agenda for deeper fiscal and political integration. – Der Spiegel

Dominant Social Theme: The European Union is a victim of its own success. Having overcome the fiscal and economic crisis, leaders are taking the opportunity to relax a little. And don't they deserve it?

Free-Market Analysis: We've written in the past about how certain European Union leaders made statements that a fiscal crisis would eventually drive a deeper political union. Well, they got their crisis, a rolling one, but the deeper union is taking a good deal of time to consolidate.

But maybe this article, excerpted above, is a sign of things to come. The article spends a good deal of time discussing EU apathy and then suggests what kind of "crisis" could reinvigorate a deeper EU union. Not surprisingly the country that comes up is Italy. Here's more:

… "The political and fiscal plans are basically off the table. There would need to be another major crisis to bring them back," says Zsolt Darvas, a senior fellow at the Brussels-based Bruegel think tank. Darvas suggests that a loss of market confidence in the highly-indebted Italian economy, the euro zone's third largest, could be the one wild card that would force the EU to refocus on fiscal coordination.

Despite an effort to synchronize national budgets through last year's Fiscal Compact, EU leaders have for the moment shelved proposals for establishing a joint European budget through the development of a European treasury, mutualizing debt, and creating a European unemployment benefits system, among others. "Fiscal coordination is not fiscal union," says Darvas.

"The debate has stalled because the urgency has decreased, because the crisis is over in the eyes of the media," says Karel Lannoo, CEO of the Center for European Policy Studies, citing recent reports on Spain's fragile recovery. "But has the economic situation changed so much?"

While the beleaguered southern European country technically emerged from recession in the third quarter of this year, eking out growth of 0.1 percent, the overall picture remains clouded. Spanish unemployment dropped only slightly from 26.3 percent to 26 percent. Quarterly growth in the whole euro zone averages about 0.2 percent per quarter, while euro area unemployment hovers around 12 percent.

Beyond fiscal issues, "There is no political will at the moment to pursue political integration over justice, borders, or foreign policy," says Judy Dempsey, a senior associate at Carnegie Europe. She cites the rise of euro-skepticism and the far-right throughout Europe, which makes it difficult for governments to pursue pan-European policies.

The mention of Italy as the place where a crisis could easily be ignited makes sense to us because the Italians' most powerful leader, Silvio Berlusconi, has been neutered by a series of judicial probes and more recently several court decisions that have effectively stripped him of much of his power.

Berlusconi is now facing senate expulsion following a conviction but it is not enough for the Italian judicial system. He's now been ordered to stand trial for supposedly bribing a senator with US$4.2 million to switch over to his People of Freedom Party. This helped destabilise then-prime minister Romano Prodi, whose government collapsed, bringing Berlusconi back to power.

Berlusconi is appealing convictions, including one for sex with an underage prostitute, while his tax fraud conviction has been upheld. The senator in question has admitted to bribery charges and has stated, "I now believe I behaved in an absolutely reprehensible way and was aiming to bring down the Prodi government as part of a sort of holy war being waged by Berlusconi."

In fact, it is difficult to avoid the suspicion that some of Berlusconi's legal troubles stem from his political stance as a maverick, "man of the people." Despite his vast wealth he has often positioned himself as a populist, standing up against the rest of Europe on behalf of the average Italian.

Now Berlusconi is wounded, mortally or not. Eurocrats in Brussels may see Italy as a more tempting target for a "crisis" that will galvanize European action on a deeper union. Absent Berlusconi, Italy makes sense because it is politically divided, overly taxed, overly regulated and big enough to have a considerable, even dramatic impact on the world stage were a real crisis to develop – or be developed.

Here's an excerpt from a just published article in the New York Times by Frank Bruni:

In the second quarter of 2013, Italy's public debt rose to 133 percent of its gross domestic product: the second highest in the euro zone, trailing only Greece's. The decline in Italy's G.D.P. of about 8 percent since a pre-crisis peak is worse than Spain's or Portugal's. There's been no meaningful recovery yet, though modest growth may finally come later this year.

But you don't need numbers to measure Italy's drift. Just step off the high-speed train (which is terrific) or exit the autostrada and travel the lesser byways, crumbling into disrepair. Or try to throw your empty gelato cup into one of the proper trash cans in the country's storied capital, Rome. They're seemingly always full or overflowing.

The one I turned to near the Italian Chamber of Deputies one night had gone unattended for so long that people were just leaving their garbage at its base, where a hump of refuse rose: the eighth hill of Rome. In a city whose stressed budget and inefficiencies mirror the country's, garbage has become a huge issue, a symptom of the body politic's iffy health.

The crux of any crisis might center around the increasing imbalance between a widening public debt and a decline in GDP. If the bond market begins to judge Italy a worse risk, it would be relatively easy for those seeking a "crisis" to aggravate the situation.

The EU has certainly drifted from its moorings as a principled facility of responsible anti-war European citizens. These days Brussels seems more like a floating island of pestilence, drifting from regional disaster to the next and leaving a cloud of bloodshed and chaos in its wake.

How long the EU can survive given the increased level of cynicism surrounding it and the declining level of idealism remains to be seen. Image is especially important in these vast projects; if the public ceases to believe, as large swaths of Southern Europeans surely have, then other questions regarding the viability of the euro (to begin with) crowd to the fore.