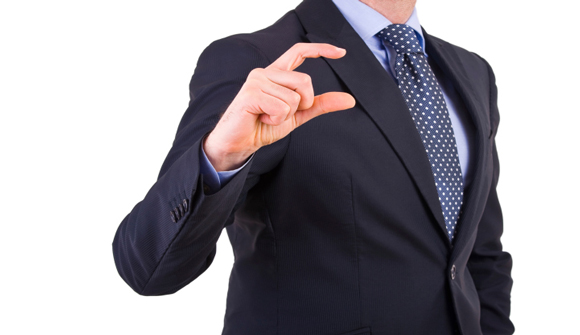 Greek expulsion from the euro would demolish EMU's contagion firewall … Should EMU leaders choose to cut off liquidity support for the Greek banking system they might find that their contagion defences are a fiction. – UK Telegraph

Dominant Social Theme: Greece is now irrelevant to the financial health of the euro and the EU. EU defenses, as painfully placed as the Maginot Line, will hold out against contagion.

Free-Market Analysis: This is a good analysis, in our view, of what might happen regarding Greece and its potential pushback to Brussels-imposed "austerity."

No one knows the full story regarding the austerity that has been imposed on Greece, and other Southern European countries as well. There have been plenty of reports of rioting and of a significant diminishment of living standards in these countries. There have been reports of suicide and also of violent confrontations as pensions are slashed and taxes are raised.

Years ago, EU officials were speaking about "green shoots." Today, we hear only that the EU is in dire need of a quantitative easing that its rules actually forbid.

Within the context of this significant non-reporting, this Telegraph article does us the service of stating the seriousness of the latest Greek crisis starkly.

But it also shows us the denial of top EU officials and their stance that the impending Greek rebellion against austerity is not of great import.

"If Syriza rebels win power on January 25," the article explains, "and carry out threats to repudiate the EU-IMF Troika Memorandum from their 'first day in office,' Greece alone will suffer the consequences."

And then we read this:

"I believe that monetary union can today handle a Greek exit," said Michael Hüther, head of Germany's IW institute. "The knock-on effects would be limited. There has been institutional progress such as the banking union. Europe is far less easily blackmailed than it was three years ago."

Such quotes make us aware that once again the Eurocrats may be underestimating the problem they face. A latter section is devoted to a summing up of the potential damage created by an official repudiation of Greek austerity.

The underlying debt dynamics of the eurozone are still deteriorating, a repeat of Britain's failed efforts to contract its way out of debt in the 1920s.

All that has changed since July 2012 is that the European Central Bank (ECB) has been allowed to act as a lender of last resort; or at least, markets believe so … Whether this belief would survive an expulsion of Greece from the euro is an open question.

As matters stand, the ECB's backstop plan for Italian and Spanish debt (OMT) cannot legally be activated. The German constitutional court has ruled that it "manifestly violates" the EU Treaties and is probably ultra vires, implying that the Bundesbank may not take part.

… Nor can the ECB safely ignore German objections to quantitative easing, unless it is willing to test the limits of German popular consent for the euro. There is talk of a half-baked compromise where each EMU central bank buys only the bonds of its own country, creating a fresh vicious circle. Such is the determination to avoid any pooling of debt or sharing of risk.

The eurozone is not an inch closer to fiscal union. There is a wearying array of "two-packs" and "six-packs" and other such measures to police sinners, capped by a Fiscal Compact of staggering folly, yet nothing has been done to place monetary union on viable foundations.

Should EMU leaders choose to cut off liquidity support for the Greek banking system – forcing a return to the drachma – they might find that their contagion defences are a fiction.

Everybody is tired of Greece's endless agony. It is precisely when you are most tired that your judgment fails you.

None of the measures implemented to improve Europe's economic condition have really worked as advertised. The EU itself remains closer to recession than recovery and Southern Europe countries continue to be plagued by sovereign debt loads that are in excess of what can be carried, long term.

Within this fragile economic environment, the idea that a Grexit can safely occur is certainly questionable, which is just the point the article is making. And for that reason, despite the soothing words of those "managing" the impending crisis, it is certainly likely that what happens in Greece has the possibility to trigger significant EU changes.

Perhaps EU officials with their soothing words are correct that the fallout from a confrontational Greek government can be contained. But perhaps they are not.

The consequences could be considerable. This is one worth watching.