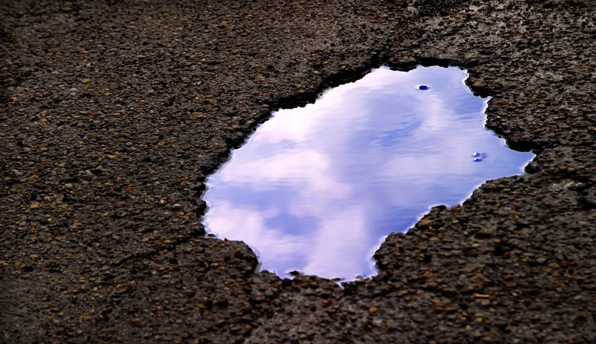 The real reasons why Draghi flirts with QE … The fear is that money raised from quantitative easing in the eurozone will just be used to prop up banks that need to be allowed to fail The real reasons why Draghi flirts with QE Mario Draghi's "display of QE ankle" on Thursday sent the single currency to a monthly low against the dollar … The European Central Bank took no decisive action last Thursday, neither to lower eurozone interest rates nor launch its own programme of "quantitative easing". It was made clear, though, that the ECB may soon follow the US Federal Reserve and Bank of England by firing up Frankfurt's virtual printing press and creating, ex nihilo, hundreds of billions of euros. The council was "unanimous", said ECB boss Mario Draghi, a hint of steel entering his voice, in its commitment to "unconventional instruments". – UK Telegraph

Dominant Social Theme: More stimulation, please. How else are modern economies to grow?

Free-Market Analysis: Savvy portions of the alternative 'Net press have stated for months now that the Fed's "tapering" was not going to make much of a difference, and this article tends to confirm it.

As explained above, top officials of the European Central Bank are seriously considering a program of monetary debasement similar to that which the UK and the US have carried out.

What has been called "quantitative easing" is simply the purchase of government debt with freshly printed money-from-nothing. This allows those running a particular nation-state the confidence to spend freely, knowing said debt is going to be purchased by the buyer of last resort – the central bank.

This kind of money printing not only supports a "maximalist" approach to government spending; it also reduces the worth of currency in circulation, thus tending, in an ephemeral way, to make products and services more attractive.

Now those at the ECB are apparently quite irritated over the results of the US quantitative easing program for just this reason. The thinking is said to be that if the UK and the US continue down this path, the EU must follow. Here's more from the article:

In case that wasn't crystal, [Draghi] spelt it out. "All instruments within our mandate are part of this statement," he told the world. "There was, in fact, during the discussion we had today, a discussion of QE". The official line is that the ECB is considering joining the mass money-printing club because of fears about deflation. In March, eurozone inflation was indeed just 0.5pc, on official measures.

The underlying motivation for euro-QE, though, is rather different. Financial markets denizens know this, but few are prepared to say it. Massive losses continue to smoulder on European bank balance sheets. It was the acute danger of clapped-out banks dragging their host governments into bankruptcy that caused systemic panic across eurozone sovereign bonds markets, threatening the entire single currency project, during the summer of both 2011 and, particularly, 2012.

Such alarm bells led to Draghi's "whatever it takes" speech – a promise the ECB was ready to buy up eurozone government bonds under a scheme called Outright Monetary Transactions. That's yet to happen and may even be illegal. Various European courts are still thinking about it, having issued a series of technical verdicts kicking the issue into the long grass.

… One reason the eurozone elite wants QE; so out-of-thin-air wonga can by used to buy dodgy bank loans, allowing smooth bankers to avoid the realities of their mistakes. … A dose of ECB funny-money would certainly work wonders, polishing up eurozone bank balance sheets prior to official "stress tests" scheduled for October.

Another reason the ECB wants QE is that both the US and UK have printed money like crazy and, as a result, the dollar and pound have fallen against the euro, making eurozone exports less competitive. Polite society talks about "saving Europe from deflation", but QE is really about saving rancid banks from themselves, while trying to provoke beggar-thy-neighbour-style euro depreciation.

… Even before Draghi spoke, the US moved to maintain the upper hand in terms of keeping the dollar relatively weak. On Tuesday, Fed chair Janet Yellen signalled that America's central bank would continue to provide "extraordinary support for some time to come", pulling back from previous remarks that interest rates could rise once US QE "tapering" finishes towards the end of this year.

If the ECB does go for explicit money-printing, I wouldn't be surprised if the Fed found an excuse to slow down its QE withdrawal programme, extending "extraordinary measures" further.

This last point is an especially important one. The writer says what the alternative 'Net media has been saying for months, that the Fed's tapering will not impede the larger process of money printing. It's like a shell game. The peanut (inflation) is moved from one shell to another. But it doesn't go away.

ECB officials have in the past repeated that the ECB would not engage in excessive money printing but obviously, the EU's lack of progress when it comes to combating the Great Recession and the apparent success that the UK and the US have had with stimulative policies have changed some minds.

What's left out of this analysis – and the article as well – is that the UK and the US have by no means achieved a lasting "recovery." It is impossible to create an industrial boom by debasing currency. Such a remedy inflates the stock market and creates various financial bubbles. It is these bubbles that the UK and the US point to when proclaiming that various "monetary" policies have proven successful.

One could even argue that central banking places countries into a downward spiral of "bubble recoveries" that never provide real improvement. Each successive inflation distorts the economy even more than the last one. The number of ruined companies that survive due to monetary inflation grows and grows, making the problem even worse, as investors have no idea what entities are solvent and which ones are merely propped up.

Part of the reason for the ECB's consideration of US-style monetization is that large European banks still haven't recovered from the failures of 2008. But providing ruined banks with monetary resources only compounds the problem. For one thing, it becomes obvious that the economic system is one of crony capitalism.

For another, providing solvency via currency debasement is not a rational way of dealing with bankrupts. One ends up expanding the pool of ruin rather than expunging it.

What the ECB has in mind doing is unconstitutional. It is bound to cause a backlash in countries like Germany. Sentiment in the EU is running against both the Union and the euro. We predicted it long ago. We wrote a series of articles warning that the tribes of Europe would only acquiesce to the EU for so long as it was of benefit to them.

Political boundaries may change but culture does not. These tribes waged horrific war not very long ago – not once but twice. The comity of Europe is fragile, not robust. The credibility of the EU experiment has already been strained by the lamentable and seemingly endless Great Recession.

Europe, like the US, has been captured by Keynesianism. But we have seen in the past half-decade that Keynesianism is a kind of Fabian hoax, a hocus-pocus of phrases and analyses that have little relation to the real world. It could not be otherwise, as Keynes WAS a Fabian and created his General Theory to give governments a rationale to interfere in the economy.

The only antidote to the West's current pitiful industrial condition is freedom. Stop imposing top-down economic solutions that rely on currency debasement. Let ruined banks disappear. Refrain from the twin abuses of crony capitalism and corporatism.

The UK and the US have done no favors to their citizens by restimulating. Yet the plan, it would seem, is to continue down the path of ruin with the goal of creating even bigger and more unstable globalist entities.

This is a cruel trick to play on the West's increasingly miserable masses. Also, the validity of this strategy must be seen as highly questionable in the Internet era. Too many people are already aware of these manipulations and the worse things get, the more the knowledge spreads.

This is nothing but a race to the bottom for both the ruling elite and its increasingly unhappy citizens. At some point "the centre cannot hold," as Yeats put it in his famous poem.