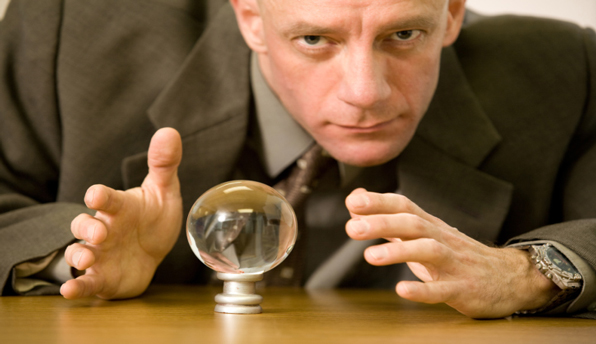 The eurozone crisis is just getting started. The project to impose political union is bringing economic ruin, making the legitimacy of the EU project ever more vulnerable … In countries more obviously affected by the euro's financial crisis, disillusionment with the European project and its institutions is already extreme. Traditional centrist parties are finding it ever harder to hold the line … Switzerland's referendum vote against the free movement of labour, the ruling by the German Constitutional Court on the European Central Bank's (ECB) attempts to save the euro, and the warning to Scotland that it won't be allowed to keep the pound if it votes for independence – these might seem unrelated, but in truth they are all part of an increasingly explosive stand-off between the forces of national sovereignty on the one hand, and political and economic integration on the other. – UK Telegraph

Dominant Social Theme: The success of the European Union and euro speaks for itself!

Free-Market Analysis: This seems to be a week for the mainstream media to speak plainly about the Afflictions of the Age (see other article on the Fed, this issue). This article does something that is not usually done: It questions not just the euro but the viability of the EU itself.

We read the weary articles questioning whether the euro can long survive in its present form, but these speculations are a pale substitute for what should be discussed, which is whether the damnable EU, with all its corruption and authoritarian centralization, should itself survive.

Created in deceit, nurtured on lies, expanded via untruths, the EU deserves to die – and not a lingering death but a quick one. Unfortunately, that is not what is planned.

Those fronting the EU and those behind it – mostly the globalists populating London's City – have grandiose plans. They wish to reconstitute Charlemagne's Holy Roman Empire … only they wish to do it by subterfuge rather than outright conquest.

But as we and others have long predicted, secrecy is not a very viable option in this era of the Internet. In fact, what we call the Internet Reformation has seemingly blown up the entire structure of carefully constructed subterfuges that may go back hundreds of years.

Of course, this article doesn't touch directly on the larger history, but it does provide a frame of reference about the EU that is most unusual to encounter in the mainstream media.

With elections in May likely to give rise to the most Eurosceptic parliament in the EU's history, Europe's long-running financial and economic crisis is threatening to spill over into an all-encompassing political one. According to Berlin and Brussels, Europe's dark night of the soul – its most serious crisis since the Second World War – is now essentially behind us, with the promise of a slowly recovering economy and renewed political harmony to come.

To my mind, it has hardly begun. Europe's epic attempt to impose political union on widely divergent countries is being broken on the back of economic hardship, popular discontent, and financial disintegration. Virtually all successful currency unions start with political union, and then proceed through shared insurance, institutions, and fiscal arrangements to a common form of exchange.

Europe, it hardly needs saying, is trying to do it the other way round; it has forced monetary union on an unsuspecting public, and now, via the resulting financial crisis, hopes to bulldoze through the shared fiscal and political arrangements that might eventually make it work, culminating ultimately in a United States of Europe.

… Last week, the German Constitutional Court did a remarkable thing; it outsourced final assessment of the ECB's policy of doing "whatever it takes to save the euro" to the European Court of Justice (ECJ). This seemingly innocuous passing of the buck can be read two ways.

To believers in the European project, it's a positive development which removes a key threat to evolution of the single currency into a more sustainable form. Germany seems to have given up its right to veto whatever it deems to be monetary financing of struggling governments, and instead given the final say to the ECJ, which because it nearly always adopts an integrationist approach, is almost certain to give the thumbs up.

But there is a less benign way of looking at the German court's ruling, for it contained a sting in the tail. Yes, the ECJ must decide, but the judges then went on to say that the ECB's policies did indeed amount to monetary financing and were therefore in all probability illegal.

Next to God and the Bundesbank, there is no higher or more trusted authority in Germany than the Constitutional Court, so when the ECJ determines to contradict it, there's going to be an almighty backlash. German acquiescence in the euro will begin to fracture. In countries more obviously affected by the euro's financial crisis, disillusionment with the European project and its institutions is already extreme.

Do you see what we mean? This article provides us with a blunt analysis and then puts the German Constitutional Court decision into context. It is, of course, a little-noted decision in the Anglo-centric West, but it is apparently a most important one nonetheless.

Unusual is a mild term to describe this article. The tone is not sorrowful, as it is with so many reports on this subject, but positively irritated, even polemic. One gets the feeling the author is truly passionate about the criminality inherent in the EU project.

For us this is a refreshing change of pace. The article presents a lot of the points we've been making for years about the EU. The euro is the least of its problems and the dysfunctional scheme to create a closer political union based on the failure of the euro may not be viable in the hyper-connected era of the Internet.

The article's conclusion focuses on the "arrogance of political leaders who think they know better …" And then comes this passionate statement: "Today they deliver only economic ruin, making their position, and the legitimacy of the EU project, ever more vulnerable."

This is what we, too, have been arguing and this article seems more like a cri de couer than the ordinary pablum served up on a regular basis in the mainstream media.

At some point even the most devious of schemes may begin to collapse. Is this article a sign of the times?