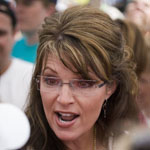 STAFF NEWS & ANALYSIS
Europe Digs Its Economic Grave While the ECB Answers to No One
By Staff News & Analysis - July 14, 2009

Without a radical change of strategy, the ECB risks pushing the weakest states into a debt-compound spiral that can only end in bond crises and/or the disintegration of Europe's monetary union – whichever comes first. The International Monetary Fund says the eurozone will contract by 4.8% this year, worse than the UK (-4.2%) or the US (-2.6%). The deepest damage will occur next year as Europe remains mired in slump, even as the rest of the world recovers. It is the length of recession that matters most for jobs, social stability, and public finances. I am not easily shocked any longer but I did sit up when Spain's budget chief Luis Espadas said the economic collapse could "easily" push Spanish public debt to 90% of GDP by 2011. This is up from 36% in 2007. Nobody knows where the tipping point lies on public debt, though anything above 100% of GDP in a currency union is courting fate. Some are already there. The European Commission says Italian debt will jump to 116% in 2010. Greece is vaulting back to 109%, Belgium to 101%, France to 86%. – Telegraph

Dominant Social Theme: Not the way to go?

Free-Market Analysis: The Telegraph is in the wrong pew so far as we are concerned. The idea, according to this article, is that the ECB ought to loosen a great deal, basically printing much more money than it is now. This is what Britain has done, and America as well, but we are not sure this is a much better idea than allowing de-leveraging and deflation to run its course.

Of course, if deflation is allowed to blossom, the current financial system would begin to break apart. That is what the Telegraph commentary above speaks to. The difference between the Daily Bell and the Telegraph, other than a half-million British readers, is that we don't mind it if the current system breaks down. It is on its way out anyway – kind of like a smoldering log fire on a deserted island with no trees left to burn. It is unravelling in America and getting there even faster in Europe, despite governmental happy talk. We are not trying to be smart-alecks. Once the current system is seen as broken, a realistic conversation about what comes next can take place. It will likely take place sooner than later anyway, in our opinion. Here's some more from the Telegraph:

Ignore M3 at your peril. It flashed a warning signal in the US months before the collapse of Lehman Brothers last September; it is flashing the similar warning signals in Europe now. Professor Tim Congdon from International Monetary Research said the eurozone money figures are "horrifying" and portend a serious crunch ahead. "My verdict is that the senior people in the ECB [and the Fed] have little organized understanding of the debt-deflationary processes initiated in late 2008," he said.

Ireland's M3 contracted at a 30% annual rate last month, a death sentence for a hyper-indebted economy. The wreckage will be evident just in time for the Irish to vote again – under extreme duress – on the EU's Enabling Act in October. This should make for interesting political chemistry.

In Germany, the Mittlestand lobby (BVMW) says half its members are facing a liquidity squeeze, while the strutting finance minister, Peer Steinbrück, has assumed a ghostly pallor. "We must take seriously the threat of a credit crunch in the second half of this year," he said.

Mr Steinbrück has called for a suspension of the Basel II accounting rules in order to rescue banks, and even suggested that the German government undertake direct lending to boost credit. The regulator BaFin has already told us that bad debts are set to "blow like a grenade" this year. A leaked BaFin memo said "problematic" assets have reached €816bn (£700bn), led by Hypo Real with €268bn.

The article spells out the damage ahead if contraction continues. The EU will not likely get a positive revote in Ireland. That means the plans to expand the powers of the EU and turn into a true United States of America (from the euro-bureaucrat point of view anyway) won't happen, with all the attendent agita that should cause for the EU's pro-expansion block. It is no small issue.

Woody Allen famously compared a relationship to a shark – both have to move forward or die, he pointed out. The same might said of the EU. The French have rejected an EU with expanded powers and Germany is not so happy with the EU either, especially Britain's aggressive easing. The Eastern nations are bickering with the Western ones over money and the Romance countries – Portugal, Spain and Italy are all unraveling. What carries forward the EU at this time is momentum, a sense of inevitability. If the Irish vote doesn't go as planned and the economic strains continue, the sense of inevitability might just wane.

Let's examine Germany. The Telegraph predicts an upcoming squeeze, not that Germany has the wrong idea about the current crisis. Throwing money at it may stabilize financial systems, but it makes almost everything else much worse. Industries cannot unwind and smaller businesses are squeezed out of the lending markets altogether. So Germany is in a real fiat bind: Either they expand and salvage what they can, or they contract and maybe end up, eventually, with enormous civil unrest or a new monetary system or both.

And then there are the Basel agreements. These are just the icing on the cake. Back when there was a gold standard, it made sense for banks to hold fractional reserves against circulating notes. But in a fiat-money, debt-based economy, the Basel agreements can be seen more as a kind of window-dressing than a serious attempt at fiscal discipline. With central banks able to create literally trillions with a keystroke, what difference does it make how much paper and electronic money banks keep on their books as "recorded" capital?

It has been very enlightening to watch the economic crisis play out. One thing becomes immediately evident – the monetary elite takes care of its banking system and largest corporations first and foremost. This is done to "save the system" – but it becomes clear if one looks closely, that the banking system is in a long-term bubble, worldwide, and this is what central bankers are desperately blowing back up. Not the system, but the bank DISTRIBUTION system that facilitates fiat money.

So we take issue with the Telegraph story. If the ECB were to inflate, it might salvage the system as is but would doom Europe to an extraordinary stagflation. If the ECB continues as it is, the end result will be sharper and contraction more immediate. Ultimately, we don't think expansion will put off the day of reckoning forever. Contraction will bring it on more immediately.

Either way, we believe the pressure for a new kind of money standard, hopefully a market based gold and silver one, will begin to bite. We may end up with something entirely different, but it is difficult to see, long-term, how the dollar-reserve fiat-money system survives, assuming there is not some sort of miraculous recovery. We know about the green shoots, of course, but we also notice there has been less talk about them of late.