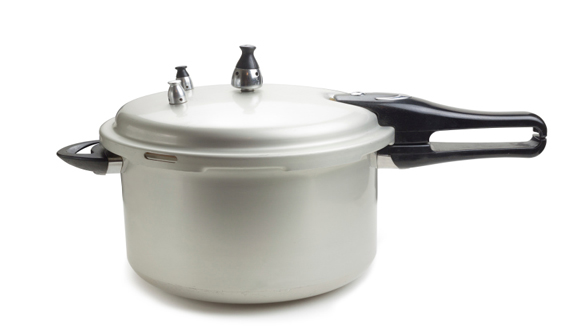 Dominant Social Theme: The central bankers have done a miserable job of managing the EU and the euro.

Free-Market Analysis: If only the latest crop of central bankers had been smarter, wiser, more dynamic, then this crisis – or that one – could have been avoided. This is always the lament.

The price-fixing mechanism – central banking – is never at fault. Only the bankers that run it. They are never worthy of its awesome power. They are the "little men" who have not translated their opportunity into a satisfactory reality.

Now comes the Telegraph's Ambrose Evans-Pritchard to make this melancholy point as before. Though Evans-Pritchard has denied his Keynesian sympathies, these are obviously what he holds, as he has continually returned to the idea of money printing as a way for Europe to manage its failing euro-strategy.

An active and well-known economic journalist working for a prestigious mainstream paper, Evans-Pritchard has a powerful platform from which to pontificate, and in the past he's not been so easily identified as Keynesian. But now the mask is dropping and continual articles reveal him as a usual suspect. Too bad.

The EU is not a good idea. We long-ago with many others identified it as merely another tired centralizing gambit designed to further ensnare the world with solutions of bigness and federalism.

Along with many others, we suggested it probably wouldn't stick because European tribes are a good deal more violent and parochial than those leading the EU understand. Once the negatives outweighed the benefits, we suggested that EU politics might well spin out of control.

And yet … as we have seen, the forces of centralization are not easily cowed. Thus, the European experiment has continued, even as blood has been spilt and Southern European economies have turned into a kind of walking dead.

Of late, as performance has worsened, the rhetoric has sharpened with a variety of Fabian-oriented economists demanding that the European Central Bank further liquify, as the US has done.

Evans-Pritchard, for one reason or another, has been continually providing these individuals with a platform to excoriate timid EU leaders who refuse to break both law and convention by demanding that the European Central Bank monetize aggressively.

An array of Nobel economists have launched a blistering attack on the eurozone's economic strategy, warning that contractionary policies risk years of depression and a fresh eruption of the debt crisis. "Historians are going to tar and feather Europe's central bankers," said Professor Peter Diamond, the world's leading expert on unemployment.

"Young people in Spain and Italy who hit the job market in this recession are going to be affected for decades. It is a terrible outcome, and it is surprising how little uproar there has been over policies that are so stunningly destructive," he told The Telegraph at a gathering of Nobel laureates at Lake Constance.

"It could be avoided with better use of stimulus, and spending on infrastructure. That would boost growth and helped the debt to GDP ratio," Mr Diamond said, echoing a widely-heard critique among the Nobel elites that Europe's policies have been self-defeating.

Professor Joseph Stiglitz said austerity policies had been a "disastrous failure" and are directly responsible for the failed recovery over the first half of this year, with Italy falling into a triple-dip recession, France registering zero growth and even Germany contracting in the second quarter.

"There is a risk of a depression lasting years, leaving even Japan's Lost Decade in the shade. The eurozone economy is 20pc below its trend growth rate," he said. Mr Stiglitz said the eurozone authorities had massively underestimated the contractionary effects of austerity and continue to persist in error despite claims that the crisis is over.

"I am very concerned about the future of monetary union, and they haven't yet felt the impact of geopolitical tensions." He said the eurozone needs joint debt issuance to repair the structural flaws of EMU, but almost no progress has been made.

"Europe suffers from fatal politics," he said. German Chancellor Angela Merkel told the forum that it was hard to manage a currency for 18 states, when sovereign parliaments refuse to follow polices agreed by the EU institutions. Yet she insisted that the crisis countries had slashed current account deficits and the "first fruits" of durable recovery are in sight.

It goes on like this. While not especially insightful, the article – and the comments being made – do give us an impression of starkness and simplicity. Central banking is a dominant social theme and, as such, constitutes a simplistic dialectic. We're supposed to come down on one side or the other: Either print more or print less. One decision or the other will prove sufficient. This kind of presentation is supposed to distract from asking the real question – which is why we have them at all.

Evans-Pritchard gets one thing right: Austerity is a disastrous policy. Regulation, taxes and previous monetizations have left many European countries with dysfunctional economies that are ill-prepared to shoulder the burdens of "austerity." For many countries and citizens, government programs are all they have left – and now those are being stripped away, too.

The harsh burden of high taxes and low government services sounds logical but surely it must be designed to generate a level of continued misery. Here's a description of the Greek economy several years removed from the height of violence and street protests over the country's foundering economy, as reported on by Al Jazeera in an article entitled, "After recession, Greece begins a slow ascent."

After six years of a deep recession and austerity measures designed to help the country claw its way back into the black, Greece's public debt level is currently at 177 percent of GDP. Nearly 1.3 million Greeks remain unemployed, many of them long-term.

"The economy is mostly the same as it was two years ago, but in some ways, it's worse," said one unemployed man who asked his name be withheld to protect his prospects. "Some of us (who lost jobs during the recession) are just now running out of money, so we feel it more now."

Even the employed have felt the pinch. Changes to the income tax code written into law in December, and set to go into effect in January 2015, will not only impact how personal income tax is calculated, but lowers the cap on exempt income, and asks taxpayers to prepay their tax payment and withholding against the following year's income.

Austerity programs and higher taxes were forced on the Greeks, the Spanish, the Portuguese and Italians. Still to come: France, among other countries.

We don't read about the social costs or simmering resentments but they are there and likely continue to fester. We can see this in the voting patterns: third-party "fascist" political alternatives are springing up across Europe. People want relief.

They won't get it, though, or not from what we can tell. "Austerity" is a deliberate program, just as deliberate as the program of lending to corrupt Southern European governments that created the "crisis" in the first place.

We're really supposed to think after all this time – after so much European history, both military and economic – that bankers didn't realize as they lent merrily that at some point Europe would not have the wherewithal to pay the bill?

Over and over, we're supposed to believe that these "crises" happen by accident. They are blundered into repetitively by the same individuals that have been entrapped by previous crises of a similar nature. Either the institutional memory of global finance is dysfunctional or there are elements of guile and intention involved in the unsurprising emergent distress.

In fact, we've established in numerous articles that the EU braintrust knew well what they were doing when they imposed a monetary union ahead of a political one. They knew it would provoke a crisis and said so. That crisis, provoked indeed, remains as yet unresolved.

At some point, the conversation will have to be resolved by action. It probably won't make any difference in terms of Europe's ultimate fate – as Keynesian money printing doesn't really work anyway – but it will certainly provoke strong passions, especially among Germans and other Northern Europeans.

The point will be to create the conditions for some sort of "deeper" political union, either Northern and Southern or simply all at once. This is the real goal. From what we can tell, the crisis is coming to a head, as planned. It will be most instructive to see if it yields the requisite results or if Europe decline to be further manipulated.

The ramifications will be most important, and not just for Europeans.