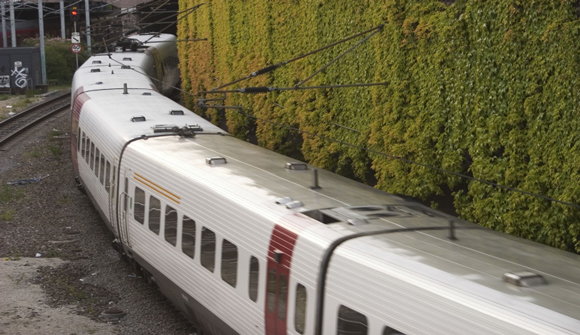 To buck up EU young, free-train idea on a roll … Younger people used to be the main supporters of the European Union. But as the continent continues to struggle with existential problems that include economic crises and growing nationalism, the continent’s youthful are becoming disillusioned, according to a recent Eurobarometer survey. Some EU politicians have now come up with an idea to convince younger people that Europe isn’t that bad: encourage all 18-year-olds to travel the continent for free by train. –Washington Post

Here’s another bad idea: Giving EU’s young people a stipend of perhaps 500 euros to spend on traveling around Europe so they begin to think in terms of the Union rather than their own countries.

The EU will stop at nothing it seems to inculcate the idea of a “union” though such larger unions usually don’t work and, historically, fail sooner or later. The larger the union, the more authoritarian it is and generally the more unfree.

Most European cities are connected by a vast railway network used by commuters, tourists and students as the most viable alternative to traveling by car. Younger citizens are also able to buy special tickets that allow them to travel on nearly all trains across the continent for a certain period of time.

The “Inter-rail” program is popular among high school graduates who want to discover neighboring countries.  But according to politicians, “Inter-railing” could be the key to creating a positive perception of the EU among younger generations that already benefit from student exchange programs and open borders.

The article goes on to explain that officials in both Germany and Italy are seriously considering this idea, calling it “a very good” one.

“I think the particular charm of this idea is that it sends many positive signals for European integration and the younger generation,” said Martin Speer, who has publicly advocated free Inter-Rail tickets since 2014 and lobbied politicians in Brussels to adopt the proposal.

But critics of the idea say that giving youngsters funds to travel around Europe does not address bigger issues that young people have, like finding a job.

It is ironic that officials and Italy and Germany are reportedly fond of the idea. Germany and Italy both are in the midst of banking collapses directly associated with the formation and continuance of the EU.

There is no doubt over-borrowing was encouraged with the formation of the euro and the European Central Bank. One can even make a strong case that the euro was intended to collapse. EU officials intended to utilize the subsequent misery to suggest both a deeper monetary union and – the real goal – a deeper political union.

So the reality is that EU officials want youngsters to travel around Europe even though their economic difficulties are directly related to the EU itself. The lack of jobs and Europe’s general economic debasement, over-regulation and growing tyranny supposedly will be cancelled out by sightseeing!

What is probably more ironic is that with few exceptions, youngsters will hear the same complaints about the EU abroad that they will at home. There is no escaping the increasingly horrible environment that the EU has become.

The reality is that people learn to love their countries because they feel part of them and even believe they can have some impact on their directions. Given the makeup of the EU, only a very few people directly connected to banking elites control its direction. And it is these people who planned and plotted for a euro that was actually supposed to make things worse. Order, out of chaos, etc …

Conclusion: A tiny group of people are in charge of the EU and are actively harming it in order to make people more miserable and malleable. Why would anyone want to live in such an association.