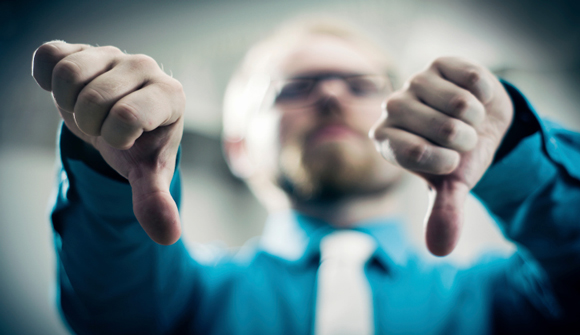 Europe once more sleep-walks towards the abyss … Both Berlin and Athens have wildly underestimated the financial, economic and geo-political consequences of default … Not for the first time, Europeans are deluding themselves. – UK Telegraph

Dominant Social Theme: The Greek crisis is blown out of proportion. Eventually there will be a resolution and the EU will continue …

Free-Market Analysis: Is Grexit really so grave? The adversarial stance taken by the two parties is likely partially for public consumption.

Following the political adage of never letting a good crisis "go to waste," the entire affair has been in a sense orchestrated. At least the latest part, with the various players being reported as a good deal more adversarial than they really are.

And what will be the outcome? Probably, according to the article, Greece will stay in the EU. However, this article concludes that if Greece wants to stay in the EU – let alone the euro – it will have to accede to many of Germany's (and the EU's) demands.

In the meantime, the article warns, there will be a good deal more angst and upset regarding Greece versus the EU. It could all spiral out of control, disastrously, though in the end cooler heads may prevail.

In Berlin, it is believed that Europe's currency union is now sufficiently well bullet proofed to withstand a Greek default, and even exit, with only a bare minimum of adverse consequences for everyone else. A similarly naïve mind-set rules in Athens, where it is believed that Greece can both default and still remain in the euro.

Both positions are fantasy, and therefore greatly increase the chances of disastrous mishap. Europe is once again sleep walking towards the abyss … Goodness me; next thing the Greeks will be demanding reparations for wartime atrocities. Oh, wait. They already are.

This certainly doesn't sound very promising. In fact, most of the article is devoted to warning how things could go wrong before concluding that Greece will remain in the union and the euro – even without major concessions.

The new Greek administration has lived up to some of its confrontational rhetoric, however. For instance, it's cozying up to Russia and Iran – as if different geopolitical sponsors will somehow reduce the debts weighing it down. In fact, this sort of challenge could cause further polarization of all parties concerned.

Perhaps because of the possibilities of further polarization both intentional and unintentional, both sides have taken to reconfiguring personnel. Confrontational Wolfgang Schäuble, German finance minister, and Varoufakis, the Greeks' top negotiator, have been replaced.

The article suggests that the people at the very top of the EU – Jean-Claude Juncker, president of the European Commission, and Angela Merkel, the German Chancellor – are both determined that the Greek crisis be resolved in a way that causes the least danger to EU unity.

Controversially, the article adds that the Greeks' new Syriza-led government Is an "utter disaster" that has further destabilized Greece. In fact, the Greeks again face the real possibility of running out of money within weeks.

A default would be the outcome, one that would for better or worse pry Greece free of the euro if not the EU. If the Greeks did end up outside the euro, the Greek banking system itself would face great risks deprived of European Central Bank liquidity.

Ironically, the ramifications of Syriza's adversarial positions are so bad that they may have discouraged Europeans from backing other "populist" parties. Recent regional elections in France and Spain didn't live up to populist expectations, and the article suggests that Syriza's behavior discouraged voters from backing similar approaches. Importantly, markets do not seem to be signaling any untoward discomfort with European politics at the moment.

And so, the article concludes, for all of Syriza's antagonistic efforts, not much has changed. Greece will receive a little debt relief – and probably would have received more if Syriza hadn't behaved so badly. Germany will continue to act in a relatively uncompromising way, insisting Greece live up to agreements already signed.

Notably, the article concludes: "It's all part of the price of being in monetary union with an economy as dominant and competitive as Germany's. Live by the rules, or die by them, but do not expect to change them."

We tend to agree with much of the above analysis, if only because we have observed that EU politics are rigorously controlled. In several recent articles we adopted the perspective that Syriza's top leaders had more in common with their negotiating counterparts than with the Greek citizens that elected them.

We have noticed one bad habit in the EU: No matter the crisis, negotiations are allowed to pass deadline after deadline, making the ultimate resolution even more dramatic. This happens so often that it seems to us it cannot be entirely coincidental.

For a number of years we warned that when the inevitable EU crisis occurred, the "tribes" of Europe might make Brussels's rule increasingly difficult. This does seem to be playing out, though not with such abruptness as we suggested.

If, in fact, the political forces arrayed against secession prove to powerful we would anticipate that the breakup of the EU will follow the pattern of places such as the United States where the populace itself is simply losing faith in federalism.

In other words, what will undermine these big and increasingly centralized unions is individual human action and disenchantment. This is a longer-term process than a tribal revolt but also a more realistic one.

Federalism can often control secession but it cannot control disenchantment. Throughout the ages, this is what authoritarian governments have feared the most: Losing the hearts and minds of citizen-subjects.

What we call the Internet Reformation certainly makes this a possibility.