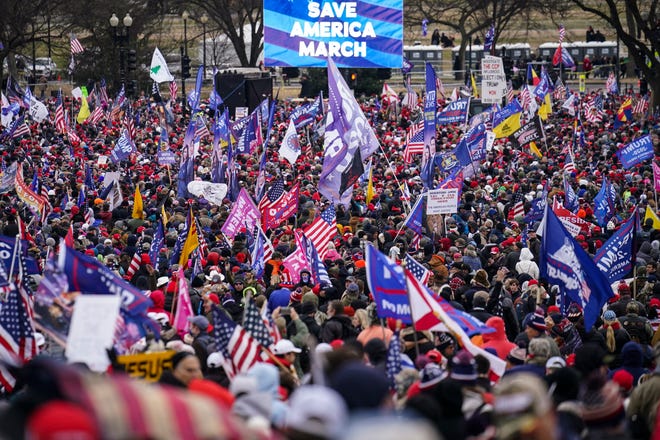 The United States, once widely admired as a refuge for political dissidents fleeing persecution from autocracies of the Third World, now itself holds political prisoners.

The various arms of the federal executive apparatus – from the FBI to the White House – have brazenly declared war on their own citizenry (whom they regularly refer to as “rioters,” “insurrectionists,” or “terrorists”).

Joseph Biden on the events of Jan 6th:

“The 1/6 attack for the future of the country is a profoundly more dangerous event than the 9/11 attacks. And in the end, the 1/6 attacks are likely to kill a lot more Americans than were killed in the 9/11 attacks, which will include the casualties of the wars that lasted 20 years following it.”

As of August 2021, the federal government has arrested 570 Americans in connection with the Jan. 6th protest – many of whom are charged with nonviolent crimes such as “corruptly obstructing, influencing, or impeding an official proceeding or attempting to do so.”

Corporate media talking points aside, who really traveled to Washington DC to exercise their First Amendment rights, and for what purpose? 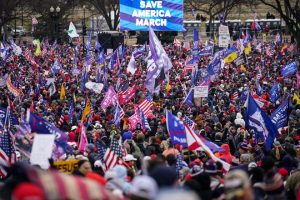 We caught up with [name redacted], a January 6th protester who is currently under FBI investigation for unknown potential charges. Since that winter day six months ago, she has lived in legal limbo under the threat of an ongoing legal process that has proved in other cases to be both arbitrary and political in nature.

This is her story, in her own words.

First of all, what prompted you to visit the capitol on January 6th, 2021?

I was in a Signal group started by a good friend, called “Dead Voters” that was investigating specific instances of voter fraud. I believed, and continue to believe the 2020 election was the most fraudulent election of 100 years, possibly ever.

I had recently taken my Oath of Office as President of our local governing board to defend the Constitution. As soon as I heard about the Jan. 6th rally I began to arrange my travel plans.

Were you violent that day? Did you commit any violence against persons or property? Did you see anyone who did?

I am 100% opposed to physical violence in any form outside of self-defense.

The only remnant of violence I saw were small groups of Antifa looking males wearing flak jackets, military gas masks and black helmets that said “Trump” in white tape on the back. They were clearly not part of the Trump supporters from earlier that day at the rally outside the White House.

They were yelling and banging on a door but I saw no blows struck or any weapons. I was gassed several times but I thought it was coming from the police. It did not occur to me that others would be carrying any noxious sprays.

I was armed with nothing but my fanny pack. I didn’t even carry a flag.

No, but I have long joked that I am part of the Vast Right Wing Conspiracy.

Would the Founding Fathers have been labeled “domestic terrorists” if they did today what they did in 1776 and the proceeding years?

When and how did you first discover you were under investigation by the FBI?

Immediately upon returning to my hotel room my phone started blowing up. Friends and family who knew where I was were concerned for my safety. They were seeing violent images and hearing all the Trump supporters were being arrested for violence in the Capitol.

At this point I knew the heat was coming but because I had broken no law nor committed any crime, I flew out as planned. The FBI contacted me about 3 weeks after I got home. I did not allow the 2 agents in the gate. My yard is posted with no trespassing signs and my gate is latched. I asked them why they wanted to talk to me and the agent who did all the talking said, “We want to talk to you about January 6th.”

I replied, “What about it?”

“Don’t worry; you’re not in any trouble. We just think you might have witnessed something.”

“Did you see anyone planting bombs?”

“I have not witnessed anything like that. I am on my way to a class. Leave your contact information and I will call you later.”

Within 12 hours I had retained a very expensive criminal defense attorney. I had read arrest warrants from other January 6th freedom rally attendees and knew their biggest mistake was talking to the FBI.

Why do you believe the US government is targeting you for investigation?

Trump was not perfect but he was an outsider who threatened the status quo in our corrupt capitol. All support for the MAGA movement must be vilified and eradicated by the despots of both parties and all the institutions they collude [with].

Do you believe that you are a martyr?

Not yet. Hopefully I will never be a martyr. But if I am taken to a DC jail to rot while evil people try to get a phony confession out of me, I risk becoming a martyr. It is hard for me to picture myself pleading guilty to a crime that doesn’t exist. My attorney says I don’t have the resources to plead not guilty. If that’s the case I will go full Chicago 7 on those bastards and defend myself. My goal will never be martyrdom. I am a fighter, not a saint.

Do you fear for your life if you are, in fact, arrested and extradited to DC?

I’m not as fearful of losing my mortal life as I am losing my actual life. Not seeing my grandchildren for years causes me to tear up as I reflect on what I would miss most. I know I value my freedom over all else in my life because my life is made up of choices I make freely. I have seen photos of the 7×10 foot cages the Jan. 6th political prisoners are held in solitary confinement. Something tells me I wouldn’t be allowed to take any books, writing material or my guitar so the idea is beyond scary. It’s more like sickening. But I know myself. I would do everything in my power to shine a light of truth on the monsters who wrongly have asserted authority over private citizens. I have some good friends who would not allow my case to be forgotten.

Do you think you could get a fair trial in Washington DC if you were to be extradited to that jurisdiction?

Not a fucking chance. Did John Proctor get a fair trial in Salem?

Is this the same country, the same political environment, that you remember growing up in?

Not even close. In some ways it seems like the script has been flipped and the counter-culture is now “the man” and visa versa, but the differences aren’t so simply explained.

Do you feel represented by your government?

Not on any level. I am the reluctant host to a government of parasites.

Did July 4th mean anything different to you this year?

I do believe the 4th of July is, like all holidays, for amateurs. I usually spend my holidays doing something meaningful.

This Fourth of July I was with kids from Gold Star families. I have spent approximately 10-12 weeks this year volunteering in preparation for the program. The all expense paid camp was open to children who lost a parent who was serving in the military. I worked in the kitchen primarily, but also ran errands and filled in where needed.

If you had 30 seconds to talk to Joe Biden, the head of the executive branch, what would you say?

Do I deserve to be arrested more than Hunter deserves to be arrested? Or the violent BLM protestors? Or you for getting rich while working as a humble public servant?

Actually I would probably ask him. “If a bat and ball cost $1.10 and the bat alone costs a dollar, how much does the ball cost?“