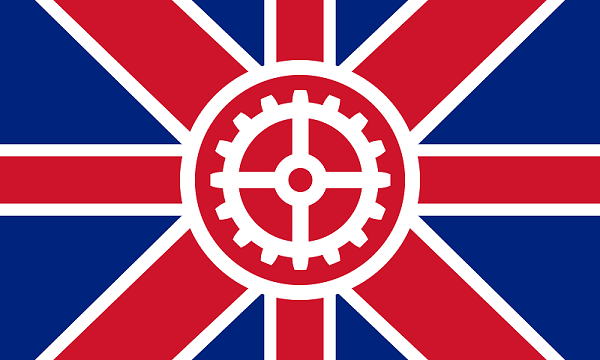 Technocratic “experts” run the prison-planet yard now – not duly elected representatives of the people as one might expect in a representative republic. Democratic institutions are merely window dressing.

The problem with the budding technocracy is that, under the auspices of a “democratic” process that theoretically requires public discourse and consensus, things are liable to get messy.

Even with intensive planning, there are too many variables — and too much public distrust in the lying “experts” divining The Science© as the new priest class — to fully control a planned civilizational collapse. If they’re held accountable for their actions, justifying their nonsensical policy shifts is impossible, even for the craftiest PR pro. Hence the need for constant vagueries like “The Science changed©” in the absence of convincing arguments. 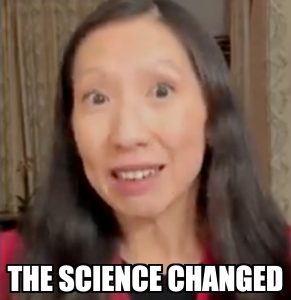 Why not bypass the whole “democracy” charade, and limit the risk of the political and economic power consolidation process backfiring? And smooth out the process with an industrialized technocratic ethos instead?

That’s what the World Economic Forum is for– to “penetrate the cabinets” of Western states.

“What we are very proud of, is that we penetrate the global cabinets of countries with our WEF Young Global Leaders.”

The central function of the WEF is to facilitate the erection of a global technocracy – administered by “experts” — to render goals manageable that would otherwise be exceedingly unwieldy, if not impossible, to achieve in a free society.

‘Scientists must be free to communicate without politicians’ spin’

“Today, researchers recognise it is not enough just to do great science – they must also communicate its implications… public trust in government would be enhanced if… government trusted the scientific community to act independently and responsibly. “

The intended effect is to disqualify laypeople, politician and non-politician alike – the 99.9% of the population that doesn’t have an advanced science degree – from challenging the assertions of the technocrats. The average person is barred from contributing to policy formation on the grounds that they don’t have the requisite technical knowledge.

What makes this power grab by The Science© so insidious is that they leverage the public’s rightful disdain for, and distrust of, existing government institutions as justification for a silent coup d’état.

It’s a classic play – undermine group trust in your opponent, then present yourself as the savior.

The “experts” are the new priest class – who enjoy special access to knowledge the ignorant masses never will.

Washington Post: ‘It’s time to give the elites a bigger say in choosing the president’

Corporate media is now pushing the narrative that the duopoly should rig primaries so that voters have an advisory role rather than a deciding role in who represents them. Via “Democracy Dies in Darkness” Washington Post:

“Preference primaries could allow voters to rank their choices among candidates, as well as to register opinions about their issue priorities — like an exit poll, but more formal and with all the voters. The results would be public but not binding; a way to inform elites about voter preferences.“

This is how they test the waters: to see how far they can push the rhetoric in favor of autocracy — then, when they encounter enough pushback, modify it as necessary. By then, the damage is already done in terms of shifting the zeitgeist, ever so slightly, inch by inch, in favor of elite technocratic rule.

Any time one of the lapdog press corps “reporters” works up the courage to ask a mildly pressing question of WH Press Secretary Jen Psaki regarding COVID policy, she inevitably punts to the CDC or FDA – “I refer you to the CDC,” “we’re guided by ‘The Science©’,” etc — as if she doesn’t speak for the (allegedly) elected head of state who is Constitutionally tasked with making executive decisions.

What is a president for – other than serving as a titular figurehead – if he has no authority to govern? What meaning does his role as the head of the executive branch have if he can’t execute anything without bureaucratic permission from unseen technocrats?

Warlord Fauci: ‘CDC is in charge here, not the courts’

On the rare occasion that a federal court that still respects Constitutional rights rules against the biomedical technocracy, Fauci is sent out to dutifully repeat talking points about how The Science© is the rightful ruler, and that courts’ attempts to interfere with the dictates of The Science© are illegitimate.

NEW – Fauci: "We are concerned about courts getting involved in things that are unequivocally a public health decision. This is a CDC issue."pic.twitter.com/7cjvj2ardk

Elected leaders get held accountable at the ballot box (at least in theory). Unelected bureaucrats — like the ones at the CDC and NIH– don’t answer in the same way.

Warlord Fauci has retained his perch atop the NIAID hierarchy since 1984. Through his position, as Robert F. Kennedy Jr. explains, he has constructed a biomedical empire by controlling the allocation of public funding for virtually every major lab doing virology research.

If you’re an “expert” who wants to get your expensive research work funded or to stay employed in an institution that relies on Fauci’s benevolent patronage, you had better stay in his good graces. When called upon, you better appear on corporate media to repeat your pro-lockdown, pro-mandatory-vaxx Respect the Science© talking points.

For good measure, you better wear your clean-pressed white lab coat (technocrat uniform) to convey your rightful authority to the peasants. 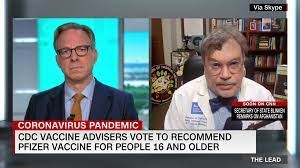 Stray from the narrative and get punished. Maintain the narrative and, no matter how many documentable inconsistencies, half-truths, and outright lies you tell, you’ll retain your lucrative position unto infinity (sign my petition to investigate and prosecute Fauci for demonstrable perjury before Congress).

What expected behavioral outcomes result from such incentive structures? Are the vaunted Science© “experts” immune from the old carrot-and-stick approach, or are they just human after all?

Are they steering us into techno-utopia, or an iceberg?