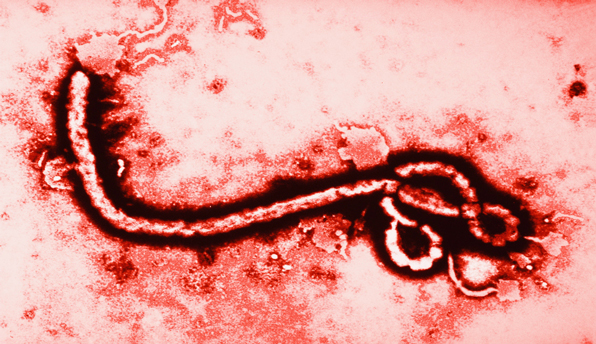 Chief Ebola doctor in Sierra Leone has contracted the deadly disease … The "national hero" chief doctor leading the fight against the deadly Ebola virus outbreak in Sierra Leone has himself been infected with the disease, the president's office has announced …The virus has mortality rates of up to 90 per cent. – UK Independent

Dominant Social Theme: Ebola is spreading and you will drown in your own blood. Only medical experts, preferably Western ones, can help us now.

Free-Market Analysis: We are very sad for the chief Ebola doctor, Umar Khan, who is only 39 years old and a valiant fighter against this terrible disease. Wikipedia describes it as follows:

It certainly seems gruesome and who could not help but root for the heroic doctor? Here's more:

Sheik Umar Khan, a 39-year-old virologist who is personally credited with treating more than 100 Ebola victims, has now been admitted to a treatment ward at the heart of the outbreak in Kailahun. According to the latest data from the World Health Organisation, the virus has killed more than 600 people across Guinea, Liberia and Sierra Leone – including 19 new deaths in just the four days prior to Saturday's report.

There is no vaccination, specific treatment or cure for Ebola, which has in the past killed up to 90 per cent of those infected. The mortality rate of the present outbreak currently stands at around 60 per cent. In the statement from the president's office, the Health Minister Miatta Kargbo said she was in tears when she heard the news about Dr Khan.

She described him as a "national hero" and pledged to do "anything and everything in my power to ensure he survives". Dr Khan was taken to an Ebola ward run by the medical charity Medecins Sans Frontieres, which has in recent weeks described the disease's West African outbreak as "out of control".

He does seem a national hero, as described. But what is almost as sad are the questions being raised regarding this latest manifestation of the disease. Global Research wrote about Ebola in April of this year in an article entitled "The Troubling Truth Behind the Ebola Outbreak."

Failure to Prepare … In 2012, when Doctors Without Borders concluded its response to an Ebola outbreak in Uganda, it claimed in its post, "MSF Concludes Emergency Ebola Response in Uganda," that:

The Doctors Without Borders/Médecins Sans Frontières (MSF) emergency response to an outbreak of Ebola in Uganda has come to an end. The MSF team handed over the Ebola treatment center it set up in Uganda's western Kibaale district to the Ugandan Ministry of Health (MoH).

As part of a preparation plan for future outbreaks, MSF also restored a treatment unit in Mulago hospital, located in Kampala, Uganda's capital. "Uganda has developed the capacity to respond to Ebola emergencies," said MSF emergency coordinator Olimpia de la Rosa. "We can rely on the capability of Ministry of Health staff to take over and manage Ebola cases with all safety guarantees."

One must wonder then, if MSF and other global health agencies can train Ugandan medical staff and hand over responsibilities to prevent a future outbreak to the government of Uganda, why haven't similar provisions been undertaken in nations like Guinea, Liberia, Mali, and Sierra Leone. According to the World Health Organization (WHO), Ebola outbreaks occur "primarily in remote villages in Central and West Africa, near tropical rainforests." Why then have nations in Central and West Africa not been prepared for such outbreaks – particularly when the many of the nations that back MSF are already heavily involved in the internal affairs of many of these nations?

France alone has expended hundreds of millions of euros during its ongoing military operations in Mali, reported by France 24 in 2013 to be costing the European nation approximately 2.7 million euros a day. Money spent on costly military operations designed to project Western hegemony across Northern and Western Africa, an extension of the West's intervention in Libya, would lead one to believe that funds should also be available to prevent "unprecedented epidemics" of deadly diseases like Ebola, but apparently the same preparations made in Uganda have been neglected in French-occupied Mali, as well as other Ebola-prone nations.

While the West poses as chief arbiter of humanity and through its international organizations, intervening when crises strike, its failure to prepare other nations prone to Ebola outbreaks with a management formula already perfected in Uganda at the very least shakes public confidence and trust. When it intervenes in these very nations for geopolitical ambitions under the pretenses of "democracy," "development," and "human rights" but utterly fails to address the dire needs of the very people it claims to be rushing to the aid of, such confidence and trust is only further shaken.

The article also touches on "conspiracy theories" regarding Ebola that first circulated in the 1990s and were advanced by such researchers as the controversial Dr. Leonard Horowitz. Here's an excerpt from a 1998 article entitled, "Dr. Horowitz Continues To Expose True Origins Of HIV And Ebola."

Shocking government documents, reprinted in a new book by a leading public health authority, reveal that the AIDS and Ebola viruses did not likely originate from African monkeys left alone in the wild. Instead, Dr. Leonard Horowitz, a Harvard graduate, and independent investigator, concludes that the viruses, that now threaten humanity's survival, most likely evolved from early cancer virus experiments in which top military-pharmaceutical scientists infected monkeys with viral genes from other animals. Such contaminated monkeys were then used to develop viral vaccines tested on humans simultaneously in New York City and Central Africa. The first researcher to meticulously document this "man-made theory" on AIDS's origin, Dr. Horowitz stunned a large audience at the XI International Conference on AIDS in July, when he presented a scientific summary report of his investigation.

Documented records show the leukemia/sarcoma /lymphoma cancer complex, never seen in humans prior to 1978, had been the primary focus of a highly funded, yet largely secret, "Special Virus Cancer Program." By analyzing formerly classified documents, and NCI/government contracts showing how, when, where, and why such viruses were made, Dr. Horowitz's 563 page treatise concludes that the AIDS virus likely broke out as a result of contaminated polio and hepatitis B vaccine experiments. Those implicated include top AIDS researchers, biological weapons contractors, and institutions who, the published documents show, developed and tested such immune-system-ravaging agents for the NCI and Department of Defense (DOD) during the late 1960s.

All this is ancient history now, but Ebola is still with us – and even if one fully discounts Horowitz's research as the conspiratorial products of an unstable though prolific mind, the points made in the Global Research article seem well founded. If there are generally available protocols that can mitigate Ebola outbreaks, why haven't they been put in place in African countries prone to the disease?

From our standpoint – and leaving aside any specific criticisms – the signatures of predictable elite dominant social themes are quite apparent in this latest Ebola tragedy. Always, the Western medical model is touted as the single bulwark against a world full of zombified, disease-ridden carriers. Always a "new vaccine" is being desperately sought. Always, the cry arises for "experts" – of the Western variety.

It is not preordained that Western medicine provides all the answers or even the best ones, but that is the expectation we are instructed to hold. What seemingly IS preordained is that these tragic episodes will be utilized to energetically tout purely Western medical and pharmaceutical models.