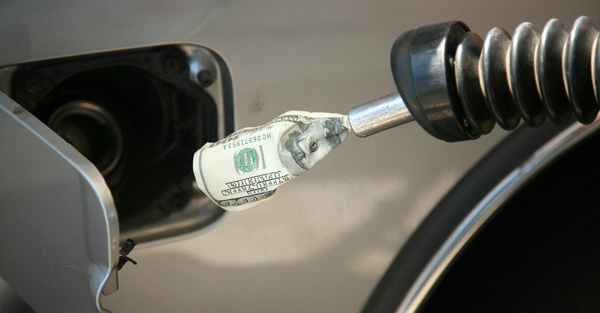 The Huffington Post and Fairfax Media seem to have taken over the Internet with their huge story on corruption in the oil industry.

Here’s how they summarize it:

A Fairfax Media and Huffington Post investigation has uncovered an extraordinary case of bribery and corruption in the oil industry, centered on Monaco-based company Unaoil. This is the story of the family [the Ahsanis] behind the company.

From the excerpt at the beginning of this analysis, we can see that HuffPo in particular is eager to establish the importance of its investigation and its reportorial impact.

It does seem to touch on high-ranking government officials in numerous countries including the Middle East. Large corporations have been mentioned as being involved, including such familiar names as Rolls Royce.

But could there be another reason for the furious publicizing of this story? In some sense, it seems to be a screed supporting the necessity for worldwide policing.

Global corporations, we are learning, have broken the law and an extraordinary international policing effort is surely necessary to deal with the criminal challenges.

One leading entity in this new worldwide policing effort is the FBI. You would think HuffPo might question why the FBI is leading the charge given that it is supposed to be a domestic US agency.

International corruption demands global solutions. The US – along with Britain, Australia and others members of the Anglosphere – is happy to provide the resources.

Predictably, corporate privacy is attacked. Transparency is a key element: For this reason, anonymous shell corporations ought to be done away with.

Monaco is prominently mentioned as providing a home for the company at the center of the corruption. Monaco’s status as a tax haven has often proven vexatious to international crime fighters.

We also learn that the OECD, the lead organization in the fight against bribery and corruption, ought to be strengthened. (Great! another sprawling bureaucracy is going to be awarded with yet more power and law-enforcement clout.)

And then there is this, from the article:

Attorney General Loretta Lynch spoke at the annual meeting of the OECD anti-bribery convention … “[W]e have transitioned in less than two decades from a world in which bribery of foreign officials was considered a sound business strategy, to one in which bribery is treated like the destructive and corrosive crime that it is,” Lynch said. “That is a tremendous achievement in which we can all take pride — and it is a testament to what is possible through multinational cooperation.”

We would be more comfortable if someone other than Ms. Lynch was voicing these sentiments. Last we looked, she had just shut down an investigation into IRS harassment of certain conservative groups that wanted to speak out against the collectivist policies of the Obama administration.

In fact, the DOJ is more politicized than ever. But the article shows clearly that the DOJ is helping to lead the charge when it comes to this particular effort.

As a libertarian publication, we’re not especially enthusiastic about seeing US policing, in particular, spreading out so aggressively. The US simply has too many corruption issues of its own.

The FBI has often been accused of creating terrorist incidents in the US to buttress an expansive budget. And then there is the CIA – a particularly vexatious agency.

There’s a good deal of evidence, for instance, that the CIA is involved in drug trafficking around the world to supplement gray and black budgets. And increasingly, the CIA has had to defend itself against charges of torture stemming from the US’s illegitimate (and unconstitutional) foreign wars..

We just ran an article about how the CIA in particular seems to be behind the current political destabilization of Brazil.

One reason for the US to fight corruption abroad is because of “terrorism.” But there’s plenty of evidence that the US in particular is behind the terrorist threat to begin with. Both Al Qaeda and now ISIS have supposedly received both US funding and training.

Unfortunately, the spread of Western and particularly US policing abroad is not just aimed at confronting criminals. It is also aimed at further controlling the freedom of domestic citizens.

For instance, there’s little doubt further financial restrictions will be implemented as a result of this latest oil scandal.

The bottom line here is that governments often acquire new powers to fight “crime” but then these same powers are turned on citizens themselves. With much less justification, they are used to erode freedom at home.

Hell, we can live with a little corruption abroad. What’s more worrisome are the broad, new powers that governments inevitably acquire as the result of confronting said “corruption.”

And the domestic uses to which they are put.

Conclusion: Are you proud of the extensive US involvement in the take-down of these supposed criminal participants abroad? The real target is you.