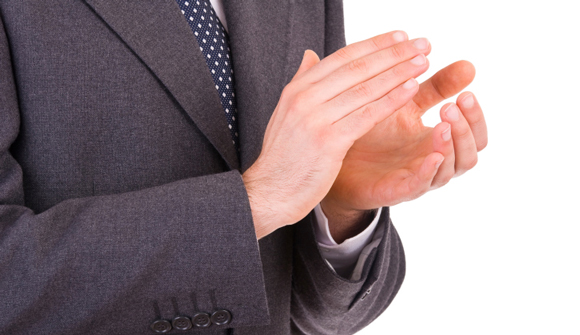 WTO overcomes last minute hitch to reach its first global trade deal … The World Trade Organization reached its first ever trade reform deal on Saturday to the roar of approval from nearly 160 ministers who had gathered on the Indonesian island of Bali to decide on the make-or-break agreement that could add $1 trillion to the global economy. The approval came after Cuba dropped a last-gasp threat to veto the package of measures. "For the first time in our history, the WTO has truly delivered," WTO chief Roberto Azevedo told exhausted ministers after the talks which had dragged into an extra day on the tropical resort island. "This time the entire membership came together. We have put the 'world' back in World Trade Organization," he said. "We're back in business…Bali is just the beginning." – Reuters

Free-Market Analysis: We're probably just in a worse mood than usual, but to us this Reuters article has an unusually gloating tone. And we reject totally both the gloating and the reason for it.

Governments don't create trade. All governments can do is get in the way of businesspeople – and then eventually adjust their interferences.

This is what this latest WTO global trade deal is all about. We're supposed to rejoice because some of world's most corrosive governmental agencies got together and decided to establish slightly less onerous understandings?

Here's more from this sycophantic sophistry:

The talks, which had opened on Tuesday, nearly came unstuck at the last minute when Cuba suddenly refused to accept a deal that would not help pry open the U.S. embargo of the Caribbean island, forcing negotiations to drag into Saturday morning. Cuba later agreed on a compromise with the United States.

But there was skepticism how much had really been achieved. "Beyond papering over a serious dispute on food security, precious little was progress was made at Bali," said Simon Evenett, professor of international trade at the University of St Gallen in Switzerland. "Dealing with the fracas on food security sucked the oxygen out of the rest of the talks."

The talks had begun under a cloud because of an insistence by India at the outset that it would only back an agreement if there was a compromise on food subsidies because of its massive program for stockpiling food to feed its poor. India, which will holds elections next year, won plaudits at home for taking a stand on behalf of the world's poor. An eventual compromise was greeted with jubilation by Trade Minister Anand Sharma. While India had insisted on a permanent exemption from the WTO rules, the final text aimed to recommend a permanent solution within four years.

But the agreement is a milestone for the 159 WTO members, marking the organization's first global trade agreement since it was created in 1995. It also rescues the WTO from the brink of failure and will rekindle confidence in its ability to lower barriers to trade worldwide, after 12 years of fruitless negotiations.

The deal would lower trade barriers and speed up the passage of goods through customs. Analysts estimate that over time it could boost the world economy by hundreds of billions of dollars and create more than 20 million jobs, mostly in developing countries. It still needs to be approved by each member government.

… A study by the Washington, D.C.-based Peterson Institute of International Economics estimated the agreement would inject $960 billion into the global economy and create 21 million jobs, 18 million of them in developing nations.

The deal slashes red tape at customs around the world, gives improved terms of trade to the poorest countries, and allows developing countries to skirt the normal rules on farm subsidies if they are trying to feed the poor … The Bali accord will help revive confidence in the WTO's ability to negotiate global trade deals, after it consistently failed to clinch agreement in the Doha round of talks that started in 2001 and proved hugely over-ambitious …

Please note the peculiar gassiness of the text and its essential meaninglessness. The article – as do all of Reuters' articles – takes the position that nations are people. It speaks of "India's" reservations regarding food issues. And "Cuba's" irritation with the US and eventual renegotiations.

In fact, there is no India, and certainly no Cuba in the modern sense – just the grasping Castro Brothers who have organized a police state to enrich themselves and keep everybody else down. When Chavez died, his family was said to be worth a billion dollars. Such is the reward for posing as a "man of the people."

There is no such thing, of course. We could rewrite the Reuters article a little to make it more realistic:

The Indian subcontinent is dominated, as it has been for hundreds of years, by the Anglosphere bankers that are increasingly organizing international trade "agreements" to make it clear to the rest of the world that globalism is the most significant trend of the 21st century.

These globalist bankers at the very top are incredibly powerful and probably worth tens of trillions, as they control central banking around the world via their creation, the Bank for International Settlements. It is these bankers who are orchestrating the internationalism that is moving faster than ever in the 21st century.

These exceedingly powerful individuals created the UN, the IMF, the World Bank, etc. – virtually the entire panoply of world government and now are busily expanding it.

As they expand world government, nation-states become increasingly vulnerable, especially in the West. The men at the top see Western culture and its tribes as standing in the way of their goal of increased world domination and the wealth that comes with it.

Accordingly, these top men use their extensive Intel and black-ops military forces to intimidate leaders around the world. If they cannot intimidate these individuals – Colonel Muammar Gaddafi comes to mind – they have them killed and publicly buggered to send an appropriate message to the rest.

And thus do the others gather, cravenly, at various expensive locals and bicker as to how to divvy up the world's annual loot. It is important to bicker because the Anglosphere leaves only table scraps for the rest. Nonetheless, those scraps are worth billions.

And often the competition is real and the objections are sincere. In the case of the WTO, these ongoing objections obviously made the process a good deal less smooth than it was expected to be.

But now, at the last minute, the objections have fallen away. The WTO stands regnant, in glory. Freedom has won. Or so Reuters informs us.

In fact, this is just further propaganda. These vast agreements are part of a much larger show: The gradual imposition of world government. Always, these agreements lapse and fall and then rise again, providing us with the essential elements of a prizefight.

Finally, sweat-drenched and bloody, the attendees emerge from behind plates piled high with expensive viands and rare wines to claim in relieved voices that goodness has triumphed and freedom has been achieved through the bureaucratic accretion of windy, restrictive clauses.

This Reuters article wants us to rejoice at this process, as if it were somehow connected to global prosperity – or as if those ultimately in charge (the organizers) are not the same individuals and groups that have been organizing wars and fear-based scarcity propaganda around the world for the past centuries and especially in the 20th century.

The Internet Reformation has surely made world government harder to implement and probably even contributed to the difficulty of negotiating these trade pacts. Thus, to some degree, the relieved tone of this Reuters article may be sincere. We can't help wishing, however, that they had nothing to announce.

But then it wouldn't be directed history, would it?