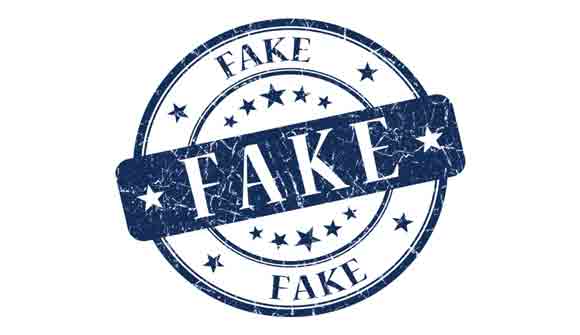 Since Facebook is fake, shouldn’t it disseminate fake news? What are they so worried about? Fake news distributed by a fake company: It seems like a good match. And a historical one as well. It’s not as if Fakebook fell into fakeness all of a sudden. It’s been fake since the very beginning.

Large initial investments into Facebook were made by the CIA via their favorite fake libertarian Peter Thiel. And going back even farther, Mark Zuckerberg seems to have stolen the idea from Harvard’s Winklevoss twins before he dropped out.

With around $12 million in his account, Zuckerberg was able to up his level of fakery and here no doubt the CIA helped him a great deal, once again. We remember how ads for Fakebook were everywhere on the ‘net for a while. No doubt the CIA twisted a few corporate arms. We even doubt Fakebook paid for any of those ads. The CIA “took care” of it.

We also remember when Facebook was trying to offer Disqus-like services. That didn’t work because most websites probably didn’t want Facebook involved in their business. But Facebook kept growing anyway – probably because the CIA kept twisting arms and funding  the company when necessary.

And when the company went public, you can be sure the word was out that the US government was firmly entrenched in Facebook. The Facebook IPO was huge – so huge that many initial buyers lost money because the IPO price went down, down, down.

Still Fakebook kept growing and Wall Street, no doubt encouraged by the CIA, kept throwing money at the company.

At various times Facebook had to make announcements about its fake customer policies. One fake policy was that Facebook was primarily a social-sharing facility. It’s not. It’s biggest purpose is probably to collect data for the CIA and that’s why  customers go online every now and then to express surprise that Fakebook has a new way of invading their privacy.

Eventually, it turned out Facebook was tracking users’ ‘net actions even when they weren’t on Facebook. And users are probably still surprised to find that when they stop using Fakebook their information lingers online.

Facebook  (like Google) is supposed to be a great place to work but these days as employees leave they often bear tales of deeply embedded corporate paranoia. Of course, you’d be paranoid too if you were trying to project the façade of an independent company when in fact you’re in many ways a  façade for US intelligence.

Zuckerberg’s recently announced desire to reduce the amount of “fake news” circulating on Fakebook is surely just another CIA promotion.He’s announced that Facebook will fact-check and label its “news” and downgrade and then “bury” news it considers fake.

Facebook supposedly got a lot of criticism for disseminating news criticizing Hillary and boosting Trump. Funny, we don’t remember any of that. We remember that the entire US mainstream media was howling like a dog in heat about how great Hillary was and how terrible Trump was.

So the reason that Facebook is so worried about fake news is as fake as its concern.

The real reason Facebook wants to “bury” fake news is because the news Facebook is worried about is probably news that the CIA doesn’t want to see distributed. Such fake news includes information about US aggression overseas, CIA drug dealing and all kinds of political corruption.

Facebook will get rid of its REAL news (which it calls fake) by teaming up with groups that have a mistaken reputation for accuracy. These include Snopes and ABC News and something called Poynter, a nonprofit school for journalism in St. Petersburg, Florida that has just been revealed determines fake news. George Soros is a committed globalist and anything that doesn’t suit his agenda will be labeled as “fake.”

Bill Gates is funding the Institute as well, despite distributing vaccines in Africa that are reportedly killing small children. How many articles exposing Gates’s vaccines will escape being labelled fake? That’s the whole point after all. The idea is to demonize “real” news by calling it fake.

Conclusion: Snopes is another outfit that prends to be impartial but is not. It often tries to debunk stories that are accurate if they criticize government actions or leftist trends or individuals. The larger intention of those spreading the idea of “fake news” is to justify removing truthful news from circulation under the pretense that it is manipulative and incorrect.