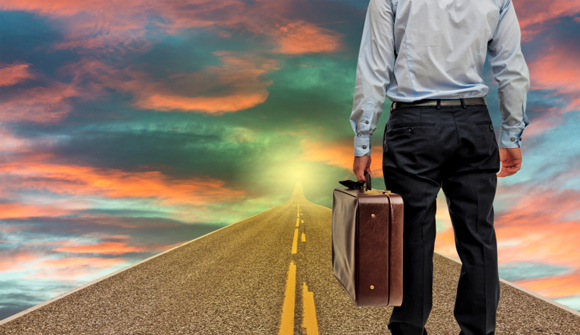 Facebook third-quarter revenue rises 59 percent, shares down slightly … Facebook Inc's mobile ads powered the social network past Wall Street revenue targets in the third quarter, even as the company revealed deep losses in its recently acquired WhatsApp business. Shares of Facebook, which are roughly up 47 percent this year, were down less than one percent at $80.20 in extended trading on Tuesday. Facebook said revenue in the three months ended Sept. 30 totaled $3.2 billion, up 59 percent from $2.02 billion in the year-ago period. – Reuters

Dominant Social Theme: Facebook is great and getting better.

Free-Market Analysis: We've been waiting for the Facebook implosion ever since the company went public. We were not alone in reporting on the disaster-in-the-making that was the overpriced IPO, but we were certainly correct.

Our skepticism regarding the Facebook IPO was generated by our larger knowledge of the company and its apparent US intelligence ties. We figured that in some sense the US military-industrial complex was lined up behind Facebook and was going to milk the IPO for all it was worth.

Outside of branding Facebook a kind of fraud, we never revisited any price predictions for the stock. Generally, we tend to believe along with many others that modern markets are, well … rigged. The amount of central bank interference, including direct buying of securities, would be astonishing to earlier market participants.

Within this context, the overly high Facebook IPO came as no surprise. The information generated by Facebook, assuming it is shared among backers such as Anglosphere intel agencies, is valuable in a number of ways. It identifies not only individuals and their interests, but also friends, relations and whole groups of like-minded people.

While this information is valuable to intel agencies, it would obviously be valuable in the commercial sector as well. And apparently this is what's driving Facebook's phenomenal performance.

Yet there continues to be an undercurrent of suspicion regarding Facebook. Here's an excerpt from an article in 2013 by Bianca Bosker, Executive Tech Editor for the Huffington Post. (Bosker was a victim of Facebook identity theft.)

Facebook's Fake Numbers: 'One Billion Users' May Be Less Than 500 Million Posted … Facebook's reported user numbers appear to me to be off by a country mile. Multiple user accounts seem to be chronic. Moreover, besides run-of-the-mill fakes and duplicates, Facebook's identity-theft-enabling business model is, in my opinion, a disgrace for any U.S. public company.

Yet Facebook's prospectus and 10Qs for the periods ending June 30, 2012, and September 30, 2012, make no mention of the words: imposter, impersonator, or identity theft. In the prospectus for its May 2012 IPO, Facebook "estimated" fraud at 5-6 percent of user accounts. (Fraud for the purposes of this report is defined as a user who is not what the user pretends to be, which may or may not have legal ramifications.)

Based on my unscientific survey of 50 U.S. Facebook users and further publicly reported anecdotal evidence, Facebook's prospectus's representation of fakes may be off by a factor of ten. While my estimates are unscientific, so are Facebook's. But the discrepancy between Facebook's representations and what I've been able to discern is so great that it merits further study.

To get a more scientific estimate, an independent third party, perhaps the SEC, might do a proper poll of a broad cross-section of Facebook's U.S. user base. In its 10-Q filing for the period ending June 30, 2012, Facebook reported 552 million daily average users (DAUs) and 955 million monthly average users (MAUs) … Some people have only one account, but many others have multiple accounts, suggesting that the percentage of U.S. fakes could easily be well over 50 percent. That doesn't even include identity theft, and that is just in the U.S.

Bosker's perspective regarding phony Facebook statistics is shared by various Facebook researchers who have posted online charging that many of the "likes" that can be purchased on Facebook are not legitimate. Recently, Reddit.com reposted a video (from earlier this year) exposing the manipulation of "likes" on Facebook. Here's an excerpt from the Veritasium video explaining the video:

I know first-hand that Facebook's advertising model is deeply flawed. When I paid to promote my page I gained 80,000 followers in developing countries who didn't care about Veritasium (but I wasn't aware of this at the time).

They drove my reach and engagement numbers down, basically rendering the page useless. I am not the only one who has experienced this … The US Department of State spent $630,000 to acquire 2 million page likes and then realized only 2% were engaged.

… False likes are coming from everywhere, including Canada, the US, the UK, and Australia. So even those carefully targeting their campaigns are likely being duped into spending real money on fake followers.

The comments on Reddit indicate that the researcher's conclusions are already out of date even though the video is only some eight months old. However, we're rather more suspicious of the commentators on Reddit defending Facebook than we are of the researcher himself – who seems like a well-intentioned person trying to report the truth about a difficult issue.

In any event, there's a lot of controversy regarding Facebook and doubtless these latest sky-high revenue numbers should only advance it.

Facebook's numbers are obviously cooked and its "like" ad-campaigns are questionable as well, to put it charitably. So why should so many advertisers continue to flock to Facebook, including presumably some of the largest corporate names in the business?

Is it possible that corporate America is being "encouraged" to advertise on Facebook given the involvement that the CIA in particular has with Facebook going back a decade? Does being a corporate favorite also imply government support and leverage as well?

We don't know the answer, of course, but given Facebook's suspect business model, the way it has constantly overstated its user base and the questionable manner in which it generates responses to ad campaigns, we wouldn't be surprised if Facebook had proverbial "friends in high places" who continue to watch out for the firm and protect it from overly-aggressive media.

Facebook is doing well now, or seems to be, but are these results legitimate or questionable? Even more importantly, can Facebook continue to grow and prosper if its basic business model is not entirely what it seems?

Time will surely answer these questions. In light of Facebook's performance and progress, are they not worth asking?