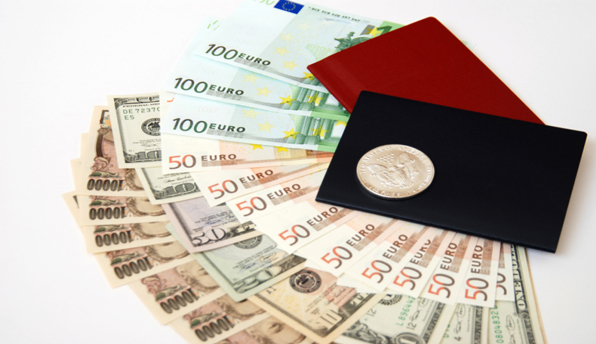 The Shocking Real Reason for FATCA, and What Comes Next … If you've never heard of the obscure and seemingly boring Foreign Account Tax Compliance Act (FATCA), I don't blame you. Few people have, and even fewer fully grasp what it really means or the terrible things that it's a harbinger for … Now that FATCA has become a fait accompli, the foundation has been laid for GATCA. In the end, this means a permanent record of every penny you have ever earned, saved, borrowed, or spent anywhere in the world will be available in an instant to be analyzed and scrutinized, and shared with any number of local and global government agencies, all regardless of any actual or suspected wrongdoing. – International Man

Free-Market Analysis: International Man has offered a timely update on the implications of FATCA and how this invasive global facility is likely to expand via something called GATCA.

The end result of all these acronyms can be seen above. Our excerpt concludes: "In the end, this means a permanent record of every penny you have ever earned, saved, borrowed, or spent anywhere in the world will be available in an instant to be analyzed and scrutinized … "

… FATCA's real purpose is not to collect money, but rather to pave the way for a global FATCA, informally known as GATCA. You see, complying with FATCA often breaks the privacy laws of other countries.

So to address this issue, the central planners at the G20 and OECD devised what they call a new "global standard" of automatic financial information exchange between governments (i.e., GATCA) modeled on the US's FATCA. In other words, unaccountable bureaucrats from these supranational institutions are foisting upon the world a FATCA on steroids.

However, GATCA would have never been possible in the first place had the US not cleared the path with FATCA. The G20 and OECD needed the US—the sole financial superpower (for now at least)—to strong-arm and cram down the throats of the rest of the world this privacy-killing measure.

There's no other entity on the planet with the capability to do so. The very big stick the US wielded was access to the US financial system and the world's premier reserve currency. Don't sign up for FATCA and forget about accessing the US dollar or US financial system, and by extension the vast majority of international trade. It wasn't long before most of the world fell in line.

Unfortunately, GATCA also will likely become an irreversible reality in the not-so-distant future. I believe it's highly probable that the OECD, the G20, and others will sanction or otherwise blackmail countries that don't comply with GATCA.

But wait, there's more! If FATCA wasn't the end game, don't expect GATCA to be either … GATCA … could provide a platform to make the disturbing dream of a global tax a reality. Bankrupt governments like France and the UK are also on board, as it allows them to more efficiently fleece and control their citizens. Strangely, you never hear financially sound countries, like Switzerland, Singapore, or Hong Kong advocating for FATCA, GATCA, or a global tax. It's only the failed welfare states drowning in debt, and that's not a coincidence.

This is a fairly blunt – and disturbing – analysis. But GATCA does seem to be moving quickly. Here's an article recently posted at the Professor William Byrnes International Tax and Financial Services blog:

47 Countries Endorse OECD's GATCA / CRS … 47 countries and major financial centers on May 6, 2014 committed to automatic exchange of information between their jurisdictions, announced the OECD. All 34 OECD member countries, as well as Argentina, Brazil, China, Colombia, Costa Rica, India, Indonesia, Latvia, Lithuania, Malaysia, Saudi Arabia, Singapore and South Africa endorsed the Declaration on Automatic Exchange of Information in Tax Matters that was released at the May 6-7, 2014 Meeting of the OECD at a Ministerial Level.

The Declaration commits countries to implement a new single global standard on automatic exchange of information ("CRS" or "GATCA"). The OECD stated that it will deliver a detailed Commentary on the new standard, as well as technical solutions to implement the actual information exchanges, during a meeting of G20 finance ministers in September 2014. The Declaration contains the following statements:

"2. CONFIRM that automatic exchange of financial account information will further these objectives particularly if the new single global standard, including full transparency on ownership interests, is implemented among all financial centres;

"3. ACKNOWLEDGE that information exchanged on the basis of the new single global standard is subject to appropriate safeguards including certain confidentiality requirements and the requirement that information may be used only for the purposes foreseen by the legal instrument pursuant to which it is exchanged;

"4. ARE DETERMINED to implement the new single global standard swiftly, on a reciprocal basis. We will translate the standard into domestic law, including to ensure that information on beneficial ownership of legal persons and arrangements is effectively collected and exchanged in accordance with the standard;"

… G20 governments have mandated the OECD-hosted Global Forum on Transparency and Exchange of Information for Tax Purposes to monitor and review implementation of the standard. More than 60 countries and jurisdictions of the 121 Global Forum members have now committed to early adoption of the standard, and additional members are expected to join this group in the coming months. See the link for Country Peer Reviews and the Global Forum list of ratings chart.

There have been other articles written about GATCA. Here's an excerpt from an analysis that appeared in December of last year, posted at Mallesons.com and entitled "From FATCA to GATCA: the move towards global tax information exchange":

It is clear to see the advantages of having a single common global standard for reporting rather than numerous stand-alone systems and the OECD's proposals seem likely to become accepted as the new global standard. It is hoped that this unified approach will reduce the cost burden for FIs, and avoid simply 'relocating' the problem of tax evasion to other jurisdictions.

Given these aims it is perhaps no surprise that the OECD proposal is itself based closely on the existing Model I Intergovernmental Agreement ("IGA"), originally developed to implement FATCA outside the US. The OECD aim to 'simplify' the IGA by removing US-specific references changing the effective dates and aligning it more closely to existing EU anti-money laundering laws.

An OECD working party has met to develop a draft "model competent authority agreement" and "common reporting standard" with a view to obtaining OECD approval in early 2014. Implementation time frames in this area have been ambitious from the outset, and this does not seem likely to change now, with first reporting under this proposed regime being possibly as early as 2016.

As we can see, this article – one written for the professional investment community (financial intermediaries) – takes the position that a "single common global standard for reporting" will reduce costs and tax evasion alike.

The significant language here is "avoid simply 'relocating' the problem of tax evasion." The reason that GATCA will "avoid relocating" tax evasion is because it is intended to be a fully global solution.

While this seems to be an overwhelmingly ambitious campaign, we are not surprised by its scope. The elite collectivists behind this gambit have made no secret of their desire to identify the full spectrum of private assets lodged around the world – and also to implement a global tax as soon as possible.

What does surprise us about GATCA is the speed at which it is being introduced and formalized. The start-date, from what we can tell, may be as soon as 2016. This is in keeping with other campaigns launched by the power elite of late. We've commented a number of times on the speed with which cannabis decriminalization is moving around the world, for instance, and there are numerous other evidences of increased elite urgency as well.

In this case, those behind GATCA are not even bothering with a popular consensus: They are simply promoting the regime from the top down, seeking a political consensus and assuming that will acceptable.

Not so long ago, the power elite worked hard to achieve consensus via dominant social themes. Admittedly, these themes were globalist promotions for the most part, but there seemed to be a realization that reaching a populist consensus was important to the credibility of the meme.

These days we often see no such efforts. Significant regulations of global import are being rushed through without democratic discussion or any sort of mainstream media coverage.

But there are always – eventually – consequences. The kinds of economic, social and military reshaping now being implemented surely has little popular support. As such, resistance will certainly grow.

It is extremely important for individuals to put themselves in the best possible position from a lifestyle and financial point of view given what is occurring. Solutions range from taking advantage of the current "Wall Street Party" (to gain potential profits sooner rather than later) to diversifying assets and purchasing appropriate amounts of commodities and money metals.

A second passport is probably a good idea. So is a second home in a region outside of the country where one currently resides. Perhaps one wants to buy farmland or take other actions to become as self-sufficient as possible.

Now more than ever, self-education is key. And what free-market economists call "human action."