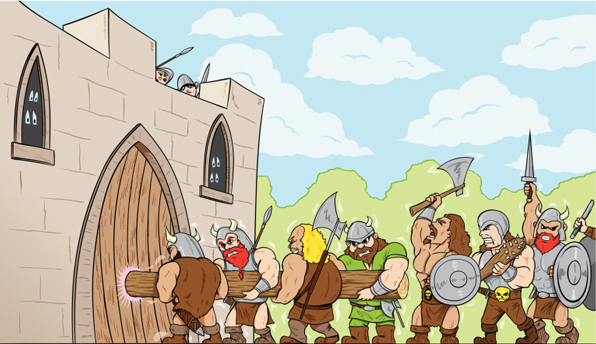 Dawn of the Age of Oligarchy: the Alliance between Government and the 1% … Thanks to their cozy relationship with the Obama administration, a new class of super-wealthy oligarchs keeps getting more powerful while the country's middle class shrinks. When our current President was elected, many progressives saw the dawning of a new epoch, a more egalitarian and more just Age of Obama. Instead we have witnessed the emergence of the Age of Oligarchy … The recent shift leftwards of the Democratic Party, epitomized by New York's Bill de Blasio but spreading nationwide testifies to growing unrest among the grassroots. These voices, both right and left, are still far from the main corridors of federal power but they are getting closer. – Daily Beast

Dominant Social Theme: The oligarchs are in big trouble because of income inequality.

Free-Market Analysis: This is the second recent article we've noticed that predicts that rich people are going to be attacked over income inequality. Here was our analysis of the previous one:

Nick Hanauer, author of the Politico article, was obviously impressed by what he considers to be growing anger over inequality. The article even begins with the observation that "The Pitchforks Are Coming… For Us Plutocrats … Memo to My Fellow Zillionaires … "

But not much else. Here's more from The Daily Beast article:

The outlines of this new epoch are clear in numerous ways. There is the diminished role for small business, greater concentration of financial assets, and a troubling decline in home ownership. On a cultural level, there is a general malaise about the prospect for upward mobility for future generations.

Not everyone is suffering in this new age. For the entitled few, these have been the best of times. With ever more concentration of key industries, ever greater advantage of capital over labor, and soaring real estate values in swanky places such as Manhattan or San Francisco which, as one journalist put it, constitute "vast gated communities where the one percent reproduces itself."

Just as with the Politico article, the defining characteristic of rich people is that they are part of the one percent. This language is taken directly from the Soros-influenced Occupy Wall Street movement.

OWS became unpopular precisely because its leaders pretended it was a bottom-up movement when actually it was top down. The "brain trust" – and yes, it was reported to exist – decided to concentrate on inciting class warfare instead of analyzing true reasons for inequality: the continued existence of monopoly central banking and corporate personhood.

Monopoly central banking only became an issue when it was forced on OWS by outside commentary, especially the alternative, libertarian press, which wrote about it until the OWS organizers and rhetoricians acknowledged it, at least within lower councils. But it was never a core OWS issue. It was a kind of add on, as we recall.

The focus of OWS was class warfare. The "one percent" were the enemy because they had inordinate sociopolitical and economic influence and were using it to gain a commercial edge for their own interests.

… Many Americans today are alarmed, and rightfully so, by this concentration of wealth and power. But right now this grassroots reaction mainly finds its expression from the political fringes …The defeat of house majority leader Eric Cantor partly reflected concern over his incessant lobbying and cozying up to Wall Street. Similarly, nascent opposition to Hillary Clinton's corporatist campaign is coming from at least some Democrats, notably Massachusetts Senator Elizabeth Warren.

… The oligarchs should not rest too comfortably. An observer of gilded age America may have also assumed that the oligarchic power of the robber barons and industrial magnates would continue to wax inexorably. Yet, there comes a time — as occurred in the early years of the last century and again in the 1930s — when the political economy so poorly serves the vast majority that it ignites a political prairie fire … The wait may not be long.

This noxious brew of class-resentment and misinformation is cleverly presented in a way that leads one to conclude immediate steps must be taken to close the wealth gap between the one percent and the rest of us. That was the point of the Politico article as well.

The one percent meme is truly laughable. One percent of the working population of the US is probably somewhere in the area of one million people. We're supposed to believe that these people are driving inequality in the US? Many of those individuals are millionaires and multimillionaires and are hardly in the position, say, of the multi-billionaire Koch brothers.

But even billionaires are not really driving income inequality in the US. Income inequality is being driven by systemic forces. And it's not hard to figure out, for instance, who is behind central banking. We know the names – and they mostly represent the old, aristocratic banking money of London's City.

In analyzing these articles we begin to see glimmers of the way the real – extant – power elite intends to handle the inevitable unraveling of our current sociopolitical and economic systems. The idea apparently is to create an increasingly violent class war that can result in possibly widespread violence.

Social chaos, violence and even revolution, as opposed to peaceful secession and other forms of personal removal from the system, will provide elites with the opportunity to restructure what has gone wrong.

Revolution and armed rebellion of some sort implies leadership. Create the foundation for these kinds of activities and you are laying the groundwork for an inevitable takeover of the movement that you've helped create. After the French Revolution, for instance, came elite-funded Napoleon.

This is the reason we are suspicious of certain decentralized monetary systems and, of course, the Greenback/anti-usury movement. Such "change-making" suggests that the "people" remove various systems from elite control but then keep them intact in order to manage them more fairly and efficiently.

We begin to see a form of directed history here in which predictions of violence against the "one percent" are to be followed by its appearance. Peaceful disengagement from the system, either personally or via secession is apparently something not to be tolerated. Violence must become the solution, complete with "leaders" that can later be co-opted by those who helped engineer the initial "change." Class warfare is to be the preferred tool.

We hope we are incorrect about our analysis. What we are seeing is a diabolical strategy with bad ramifications.