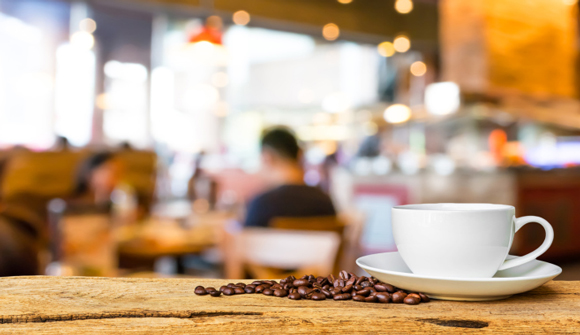 Some time in the next year, Starbucks will likely become the world's largest restaurant company based on market value, eclipsing McDonald's $95 billion capitalization. The Golden Arches have been tarnished in recent years, but this impending milestone is testament largely to the success of Starbucks, whose shares have rallied 49% in the past 12 months.

The Seattle-based chain, with a market value of $86 billion, has become far more than a coffee shop, with breakfast, lunch, and snacks expanding the appeal of many of its 22,500 stores… The transformation is about more than food, however. These days, Starbucks has almost as much in common with Silicon Valley start-ups as it does with other restaurants. In the latest quarter, 20% of all U.S. Starbucks transactions were paid for via the company's smartphone app, more than double the percentage two years ago.

Such digital progress has been hyped by U.S. retailers for years, but none has achieved similar success. By the end of the year, Starbucks' U.S. customers will also be able to use the mobile app to order and pay for purchases in advance, reducing long lines at many Starbucks counters. Drinks and food will wait instead for the customer's arrival. – Barron's, Aug. 1, 2015

The news media loves to speculate about the impending robot invasion. Automated systems will steal our jobs, they say. The robot apocalypse will seal the doom of unskilled workers. You might buy some time by learning to code now, at least until the robots learn to do that, too.

As is often the case with economic changes, this one will likely unfold in ways no one predicts. Personal experience at Starbucks tells me their latest innovation will likely create jobs rather than destroy them.

The least-pleasant aspect of Starbucks is the waiting. Customers queue in line to order and pay, then form an unsightly scrum waiting for their drink to emerge from the barista bar. The wait can be substantial at peak time.

The mobile app is changing this. At least at some locations, you can now place your coffee order before you arrive, customized to your taste, and simply walk in to find it waiting for you on the counter. The app takes money from your account and the deal is done. Quick, easy, no waiting at all.

This might sound like bad news for Starbucks cashiers. Their work will disappear if everyone orders from the app, right? Yes, it would, but not everyone will, at least not soon. Stores will still have cashiers. The difference will be in the lines to reach them.

What impact will this have? A quick, painless experience will draw more customers who might otherwise seek quicker, no-customized coffee from their office machines. This, in turn, will encourage Starbucks to hire more workers to service those additional customers. Instead of killing jobs, this technology will create them.

Coffee houses have long been about more than coffee. Many revolutionary thoughts and great inventions have sprung from caffeine-lubricated conversations in their dark, wood-paneled rooms.

Starbucks has turned the coffee house itself into a very profitable invention. The firm is often associated with left-wing causes but clearly knows how to make money. Now it shows us that technology is nothing to fear. The next chapter of the Internet Reformation may well be born in a Starbucks.